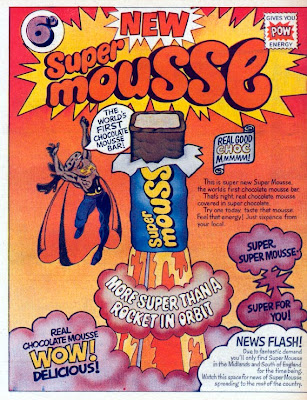 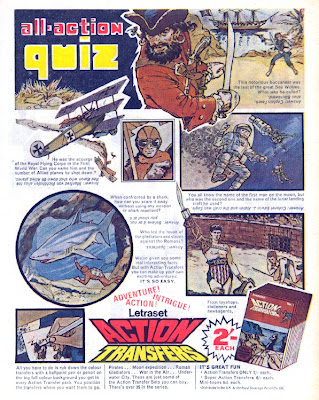 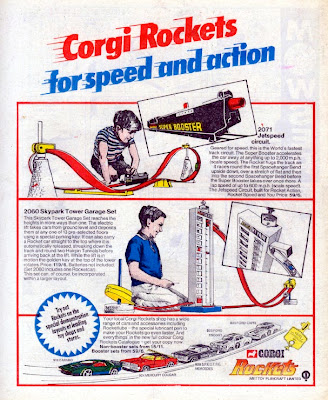 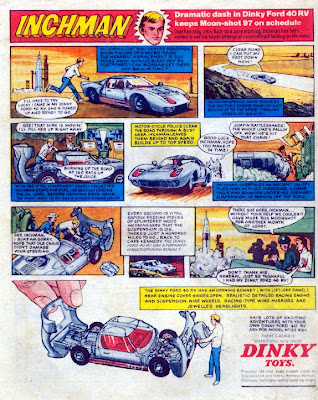 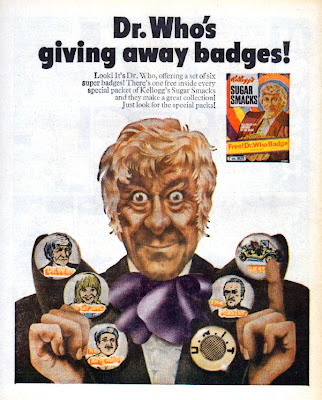 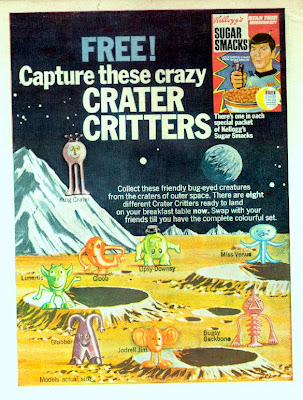 There's been an enthusiastic discussion recently over on the Comics UK forum regarding items of 1970s nostalgia (chocolate bars etc) so I thought I'd scan a few ads from that period that appeared in the comics back then. All of these ads are from back covers of Lion from 1970/71. (The exception to the seventies collection being the unfortunately-named Inchman strip which is from 1967.) Incidentally, both Inchman and the Action Transfers ad were drawn by Brian Lewis, one of the finest comic artists of that period. (Although a couple of the panels from that ad, including the astronaut, were taken from a previous Letraset ad drawn by Frank Bellamy.)

Anyway, I hope you enjoy this plunge into the past, showing what kids of the 1970s were into (apart from comics of course). If you'd like to see more old ads uploaded here let me know. There's been some crackers over the years!

Wow you have done it again, mate.

I remember my brother Chris and I having all of the Crater Critters seen in the advert here.

When I see you at Bristol this year, the first drink is on me...

Would like to see the ad for liquorish pastels which featured a cowboy and his horse...

I'll be uploading more old ads later in the week so I'll include the liquorish one.

Tim; there was also another range of similar figures, but with a sea theme. I may include those in the next upload too.

Lew, what a great memory tugger! Brian Lewis I love but I think the Letraset advert is made up of various ads and includes one of Frank Bellamy's astronaut. The hand in the bottom left also is part of the original advert which first appeared in TV21 #242, 06/09/1969 among loads of other comics at the time. The pirate certainly looks like Lewis' work.
BTW, david Jackson and I had a long conversation by typewriter, back then, - he felt the Supermoose was Bellamy too, but to date I've found no evidence to support this.
Norman

Thanks Norman. Yes you're right, some of that Letraset ad's panels were from a previous ad by Bellamy. I can't see his style in the Super Mousse one but it's possible he changed his style slightly to suit the requirements of the client.

There was a regular Super Mousse strip on the back of Countdown, but that was drawn by Peter Ford I believe.

I've now amended the test to include a mention of Frank Bellamy. Thanks again Norman.