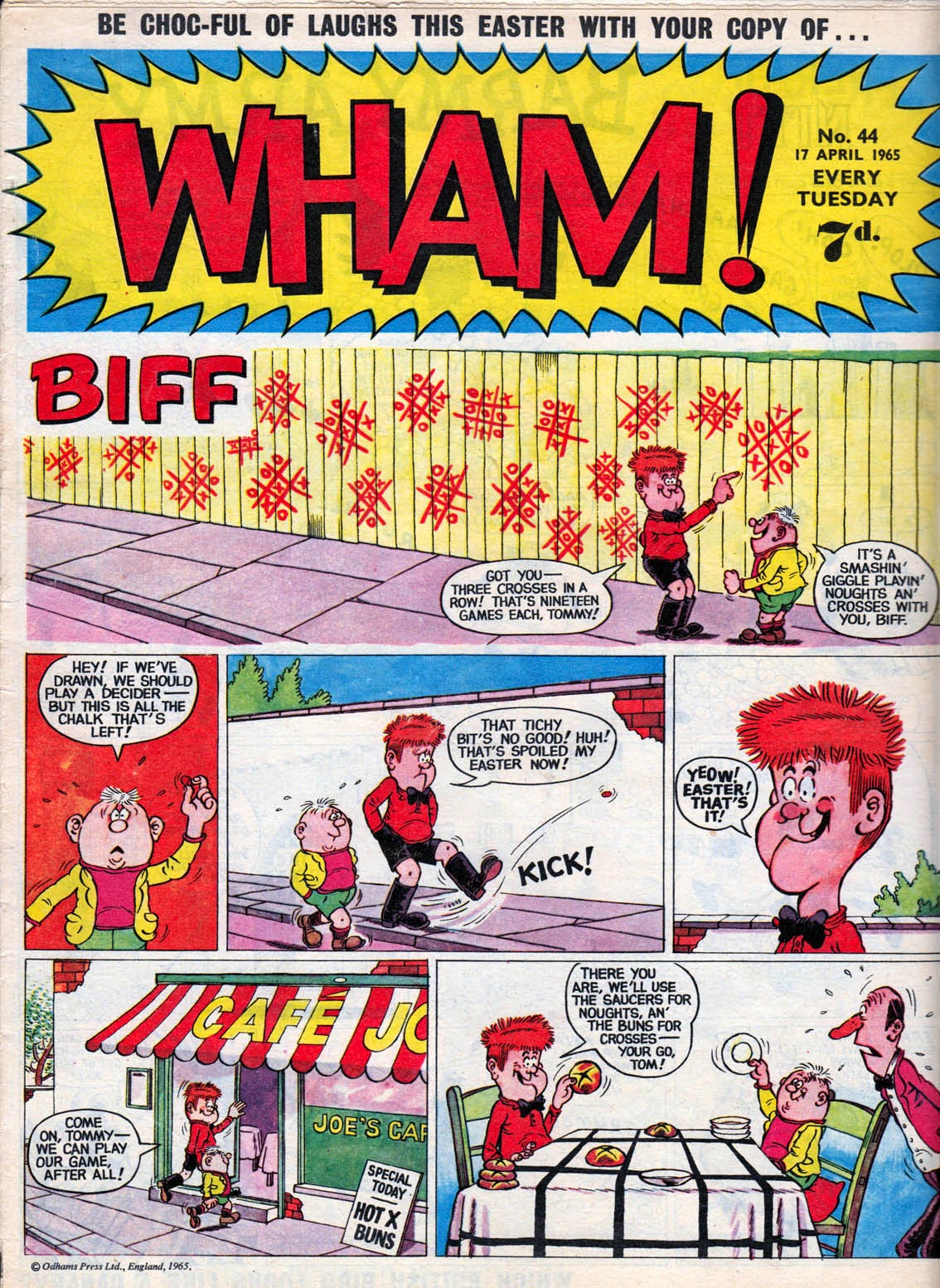 Comics tend not to feature Easter themed strips much these days but here are a few appropriate pages from the Easter issue of Wham! from 50 years ago! Let's take a look at these fantastic strips from 1965. (Click on images to see them much larger.)

Above is the front cover strip Biff, drawn by Graham Allen. Below is General Nitt and his Barmy Army by Gordon Hogg... 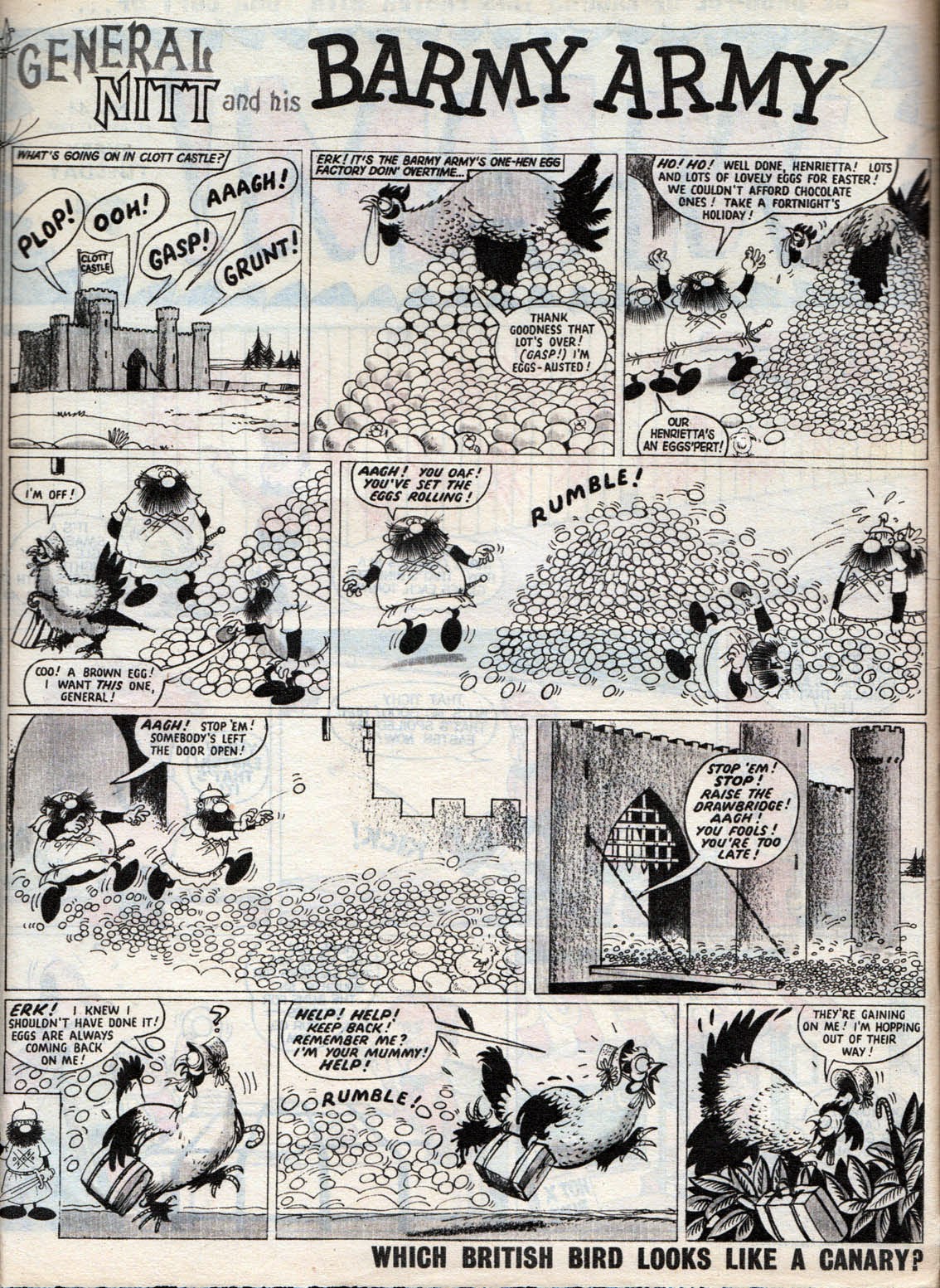 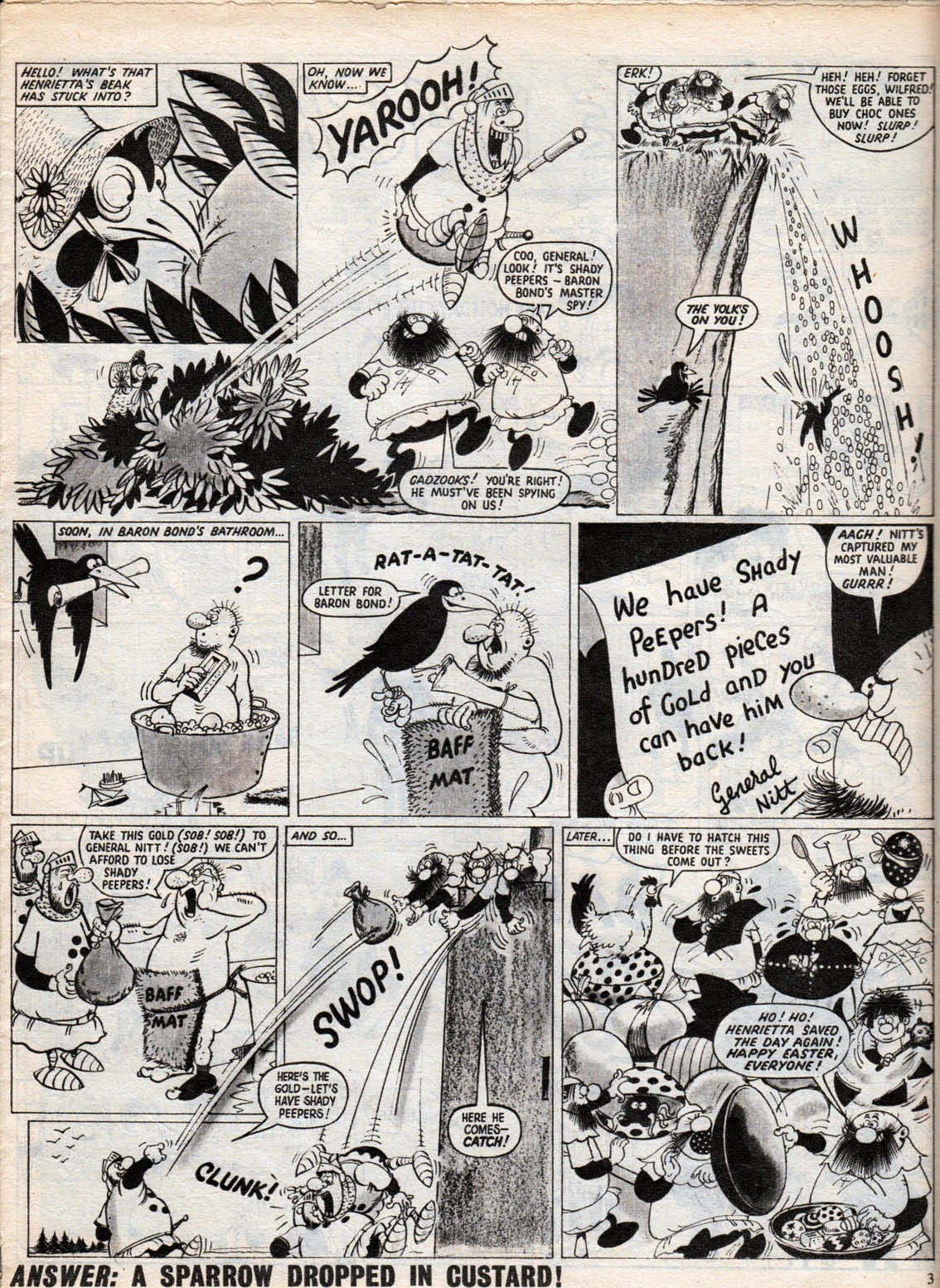 Even the pop feature page that week had an Easter makeover. A reflection of the times when it was ok for a children's comic to refer to women as "swingin' chicks"... 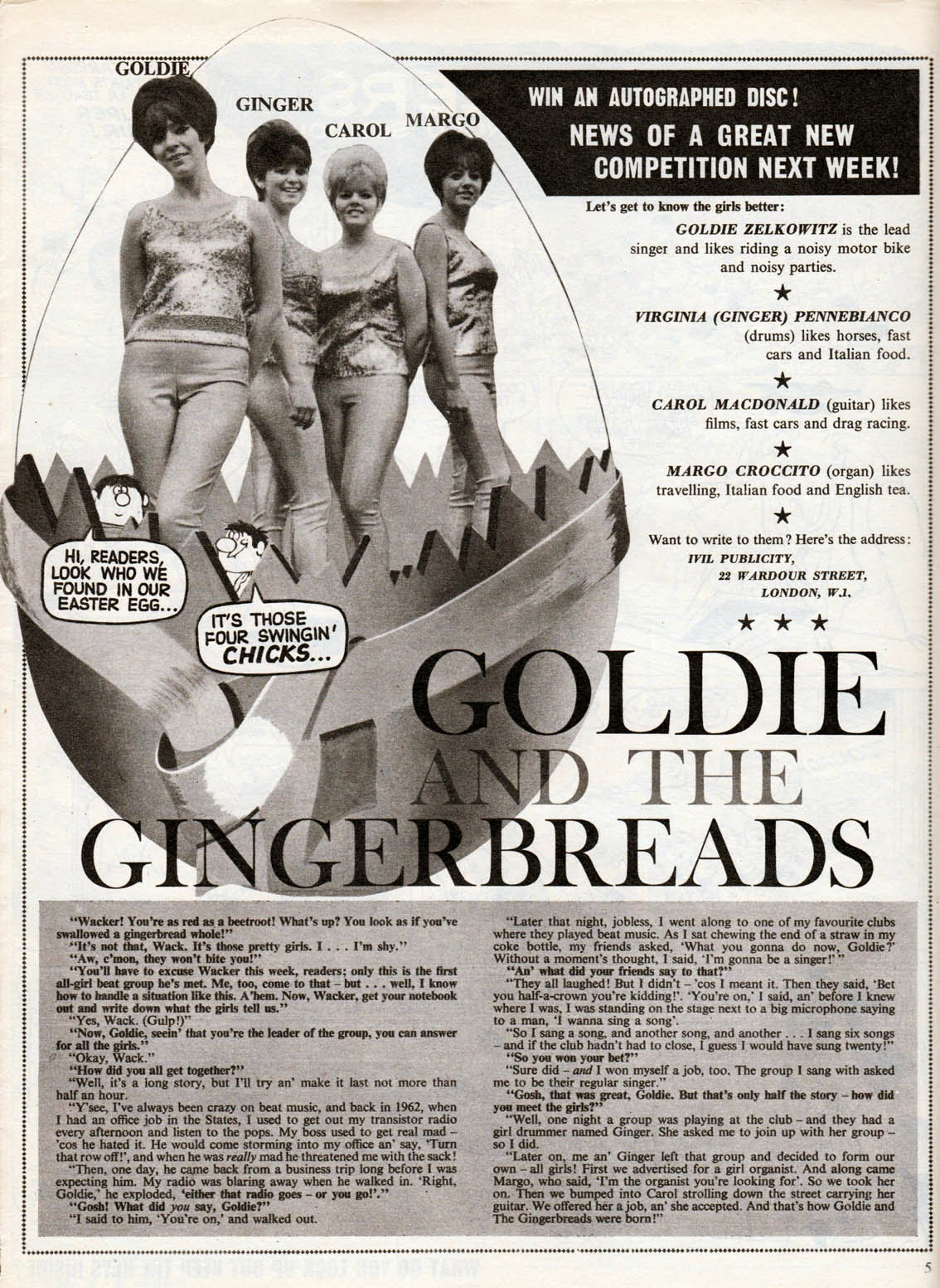 Are you ready for some Ken Reid? Of course you are. Here's his Frankie Stein strip for that week... 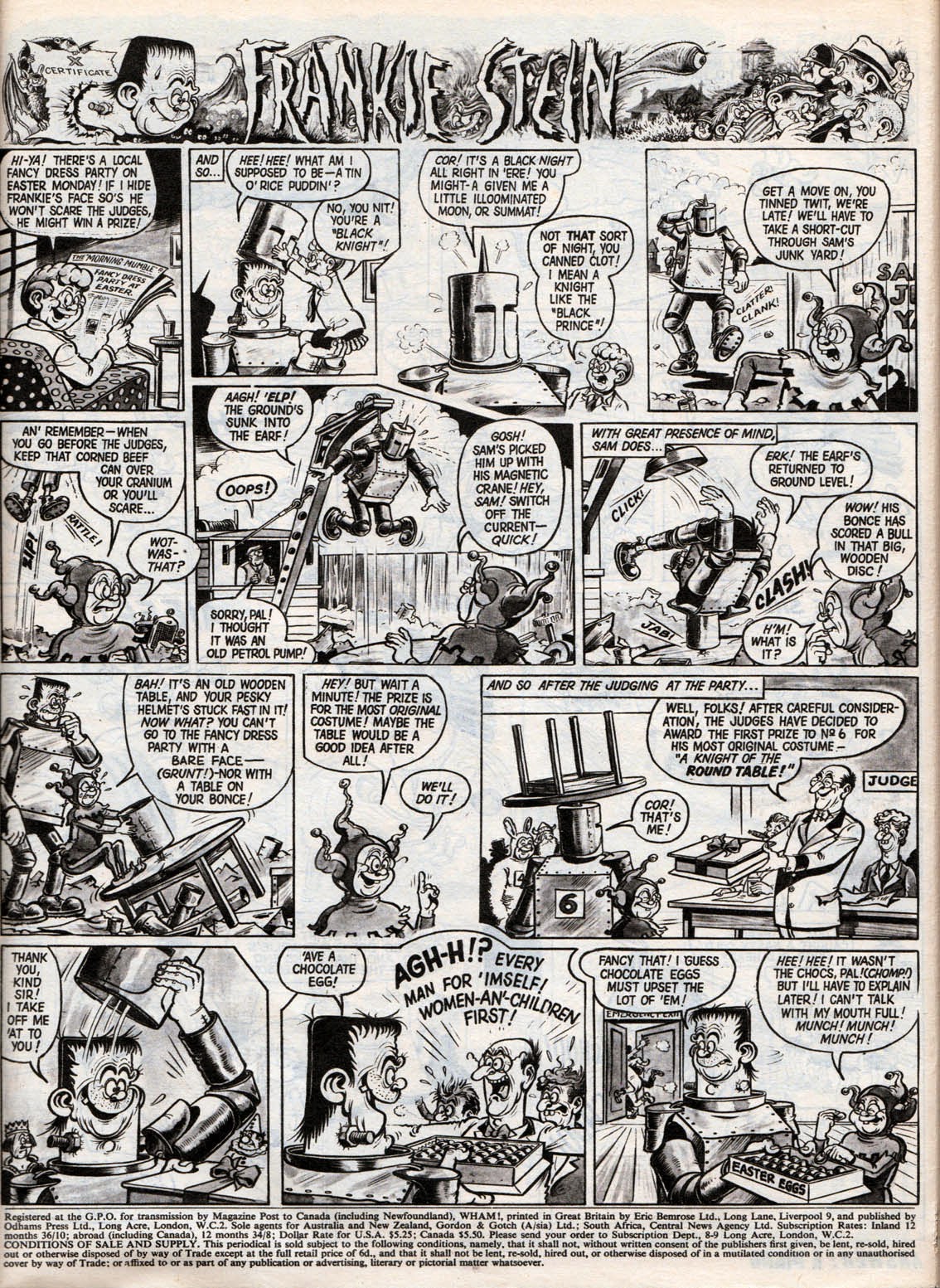 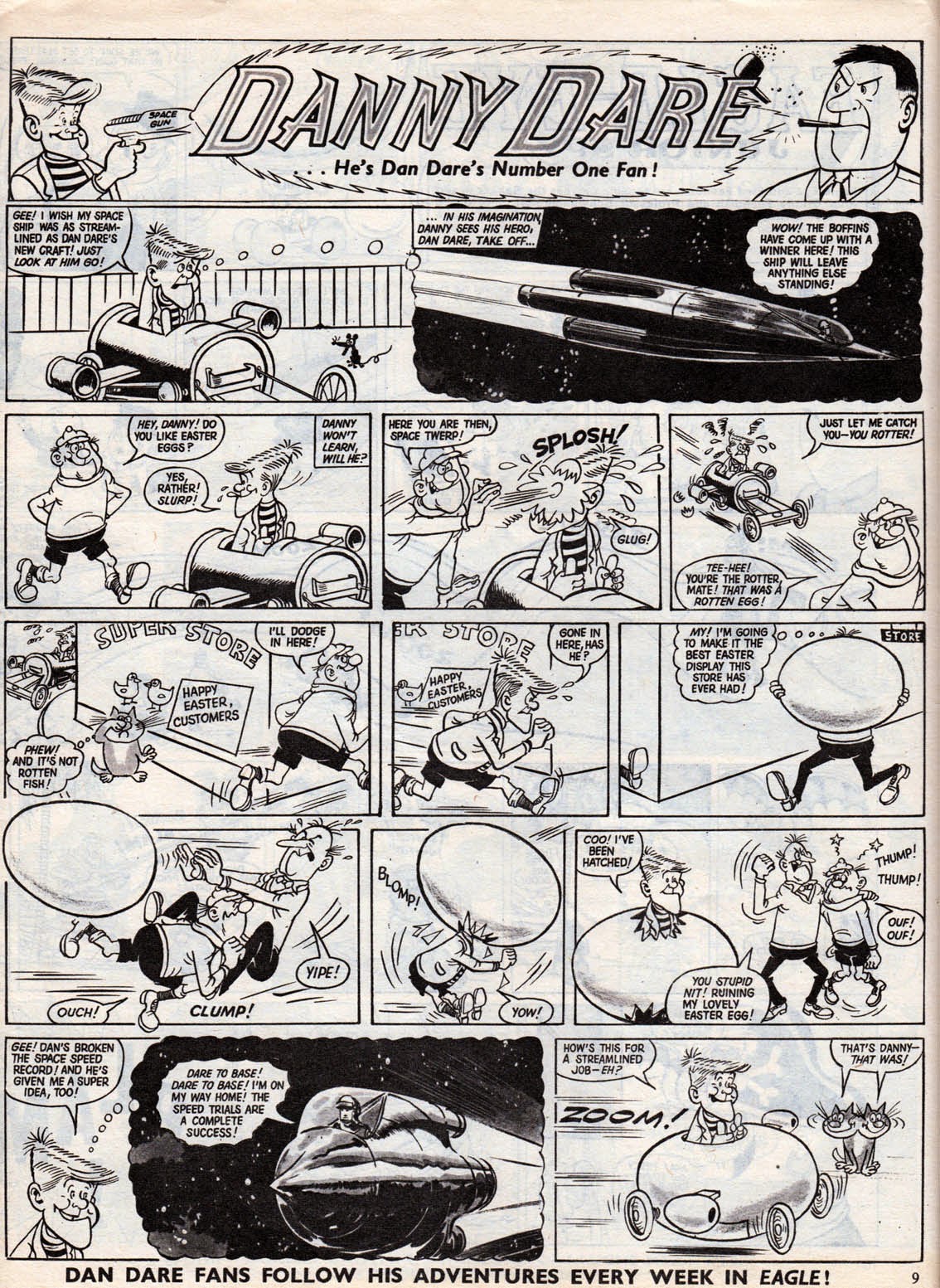 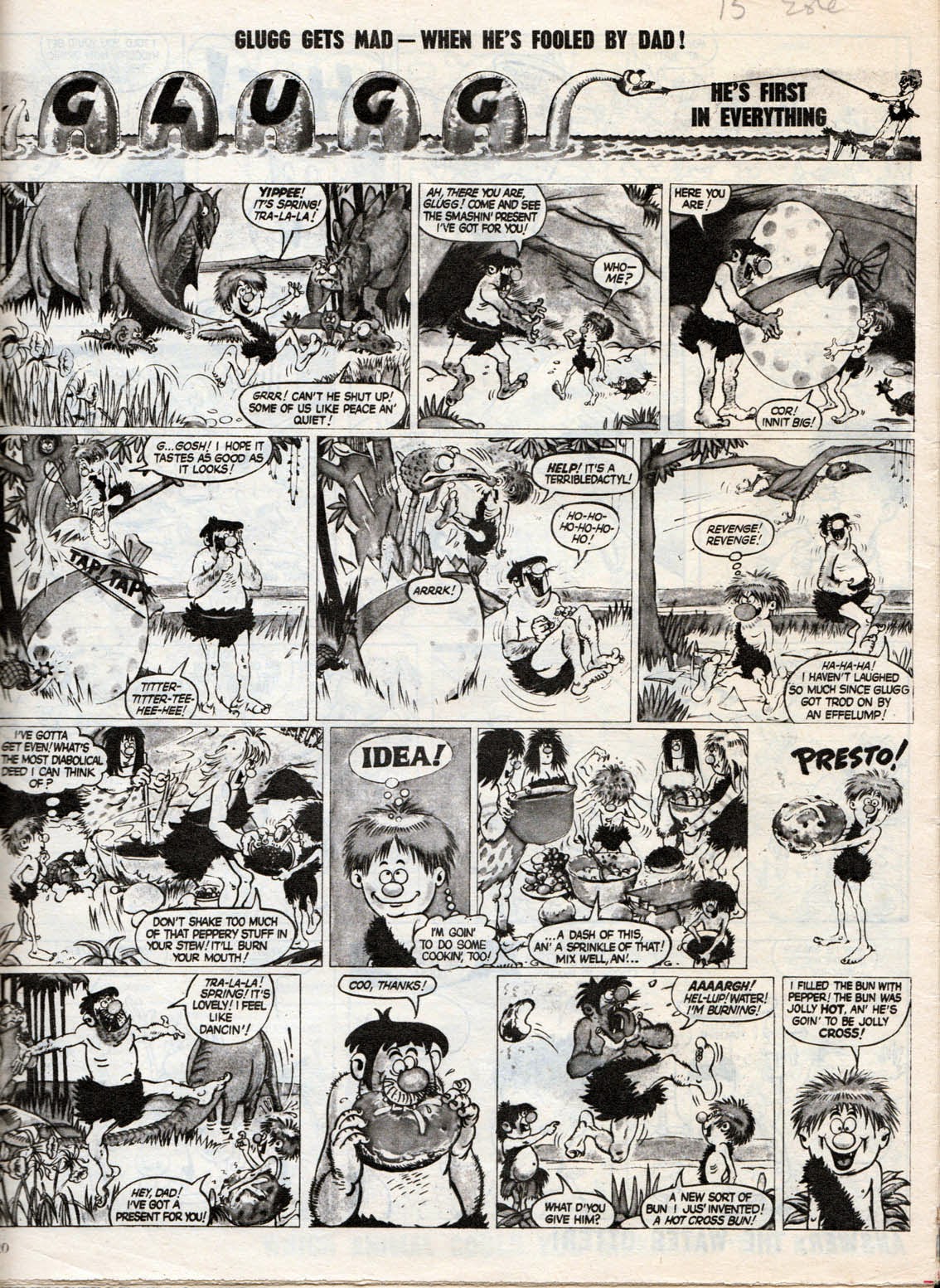 I was HOPING you'd show us some old Easter strips!
It was one of the best parts of Easter when we wete kids. First the comics came early, and in most of the strips, the kids had MASSIVE eggs!

The triple Whammy edition - this week down from 24 pages to 20, down from 4 in colour to just 1, and up from 6d to 7d. To ease the pain, we did get episode 3 (of just 6) of Ken Reid's Jasper the Grasper, and when that finished, strips which had to be missed out due to the reduced pagination returned. Two of my classmates gave up on Wham at this point, and I didn't stay much longer.

Good points Nutty. I plucked this issue out if the Time Vortex* quickly and hadn't realised this was the issue that began the decline.

Absolutely, and even the later ones, on newsprint, with Leo long gone, and part Marvel reprint, still had such a lively tone to the strips.

Wonderful stuff, Lew. That Ken Reid Frankie Stein is just brilliant - I've got a soft spot for Robert Nixon's work on the character, but Reid is just something else.

Love Glugg too - could you recommend any other Gordon Hogg strips?

Gordon Hogg drew lots of strips in the sixties. Glugg and The Wacks were his two main ones on Wham, but he also filled in on Barmy Army at times (as with the one shown here). If you put his name in the search window at top left you'll find a few more pages of his on my blog.

He also drew an adult strip for Fiesta in the late sixties but I no longer have copies of that.