A British comics industry for the 21st Century 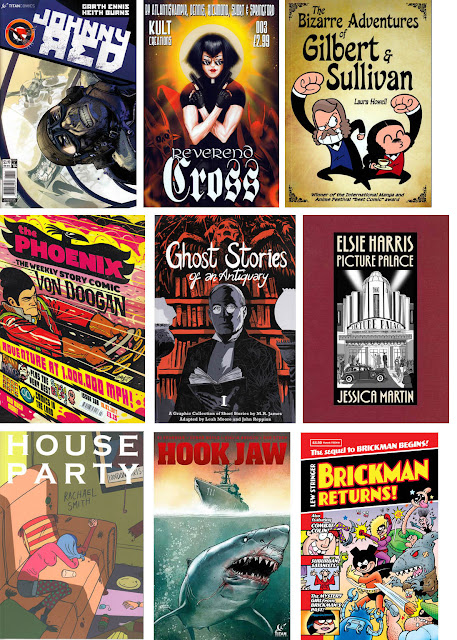 Over on the Broken Frontier website today, Andy Oliver makes the case that the British comics industry is far from dead, despite what some may claim. He's absolutely right. This is something I've often said myself online, sometimes to be met with criticism by people too rooted in the past.

There are some who boldly claim that there is no British comics industry left. How do they judge that against the overwhelming evidence to the contrary? Well, they often move the goalposts, to redefine comics as only being weekly/monthly periodicals that are available in newsagents. (And before certain bloggers kick off, I'm not being specific about any one critic here as I've heard it from several people, so this is nothing personal.)

It seems that for some, if it's not like it was when they were children, it doesn't count.

Except of course, it does count. British comics have always evolved, from the 8 page tabloids of the late 19th / early 20th Century that only featured 50% or less comics content, through the weekly anthologies of the 1960s, to the present where we have graphic novels and mini-series.

Ah, but they're not available in newsagents, cynics may claim. Well, so what? Today's newsagents are more interested in stocking booze and greetings cards, and are only interested in licence-based comics or long-established titles. Therefore, most of today's new publishers choose a different route; the specialist comic shop, bookshops, mail order, convention sales, digital, or all five of those options in order to reach their readers. 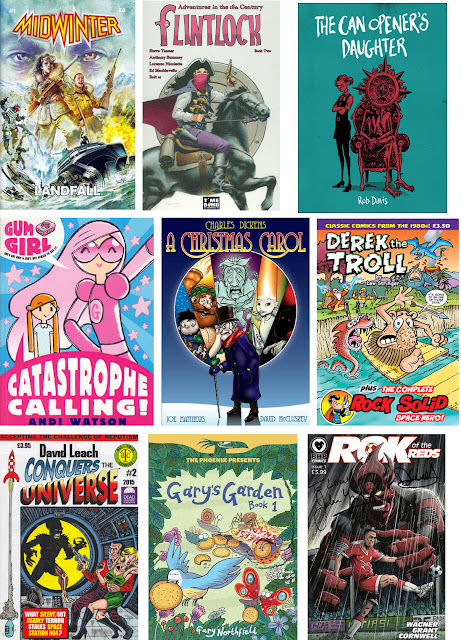 Admittedly it's not easy, and sales are a fraction of what they were 50 years ago, but the days of a comic selling half a million copies are long gone. There's no point in being defeatist because it's not 1967 anymore. The British comics industry survives and is in fact more diverse than ever, as a quick glance at all the covers illustrating this post will prove.

I know some dismiss these comics as "vanity publishing", but only 5 of the 18 comics shown here are self-published by their creators. The rest are from publishers such as Titan Comics, Walker Books, and Avery Hill etc. It would be foolish and shortsighted to disregard any comic on the basis of that, or even if it was self-published come to that.

I'm not entirely unsympathetic where the nostalgists are concerned. In an ideal world it'd be fantastic to have an array of weekly comics available from the corner shop again, but that's not going to happen. The absence of the old model shouldn't be used to disparage the new model. Genuine fans of the medium will celebrate the diversity of modern comics, find the ones amongst them that they do like, and support them.

Yes, the British comics industry of the 20th Century is gone, but we have an industry for the 21st Century that is every bit as legitimate as that which came before. The creativity and incredible talent is out there. Let's buy comics! 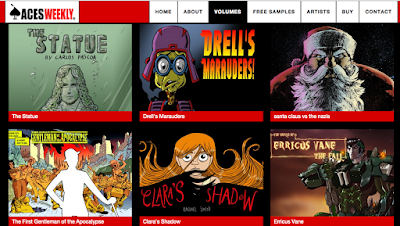 A few references:
You can read Andy Oliver's opinions on this matter over on the Broken Frontier site here:
http://www.brokenfrontier.com/british-comics-selfmadehero-avery-hill-breakdown-nobrow-blank-slate/

Totally agree with your sentiments here, Lew. And just on the 'comics aren't in the newsagents like they used to be' argument...there are very few newsagents left for comics to be in! if you take Smiths or Menzies out of the equation the number of small independent newsagents in your average town centre these days is minute. I live in Exeter and we are down now to just one indie newsagent for the whole city centre. But there are two comic shops, which kind of tells you something!

A fantastic post, sums it all up perfectly. Nothing really I can add here (well, I could chat at length about it but I'd just be agreeing with all your points) other than to say I'll have to share the article on my blog too when I get back home next week.

Thanks, Phil! Yep, spread the word! Positivity all helps.

Jim, I have three local newsagents within a short walk of my house but they stock very few comics. They have a few nursery titles, plus Toxic, Epic, and now one is stocking some of the Panini Marvels again, but that's it. No 2000AD, Doctor Who Magazine, Judge Dredd, Commando, Viz etc. Newsagents are not what they were, and most are mini-markets now. When I was a kid in the sixties, newsagents would stock paperback books and loads of comics. They're just not the best place for new publishers to bother with these days, and the expense of getting a comic into newsagents is prohibitive.

Lew, agree with the article....just can't help being super nostalgic for '1967' when there were so many great comics easily available just a short walk from home!

Those days are gone unfortunately, now that newsagents have other priorities and have limited choice on what suppliers give them. If the setup was the same as it used to be we'd no doubt be seeing Titan Comics in newsagents, just like we used to see Warrior, Deadline, underground comics, etc, but the system is against independent publishers these days.

Ive never heard of those comics. They're simply not available round my way. Blame the newsagents if you like but surely ONE of those comics should be easy to find? Where are they?

I've plugged them all at one time or another on this blog, so if you do a search you'll find more info about them. (Or you could simply Google their titles.) As I said, they're not available in newsagents so you won't find them around your way. This post was specifically about looking beyond the old system of newsstand distribution.

They're not comics as we knew them are they?

Comics have been evolving since the 19th Century, along with everything else. Life isn't static, nor should it be. Modern comics are as legitimate as any from the last 100 plus years.

Time doesn't stand still for anyone.

I agree about newsagents. I've been using the same newsagent for 28 years. Over 28 years ago, it stocked comics (UK and US). It stocked paperback books. There was a spinner rack of WWF wrestling figures, too. Any kid would have been in his/her element.

Nowadays, and I accept it's probably under new ownership, there is hardly any of that stuff. The guy stocks about 4 tabloids and 2 kindergarten comics. All the space that was once devoted to comics, books and WWF wrestling figures is now devoted to edible items. There are pre-packaged sandwiches and crates of drink. They are more like mini-supermarkets now.

It's sad. Not for me, but for kids. I remember going into that newsagents in the mid-80s and being in awe of the plastic WWF wrestling figures and Hulk comics. But times change, eh?

Yes, that's the worst of it; a new generation unaware of comics beyond nursery magazines. I meet a few families at conventions and their kids are eager to buy my comics but we need to spread the word and let more of the public know that comics are out there that they'd enjoy.