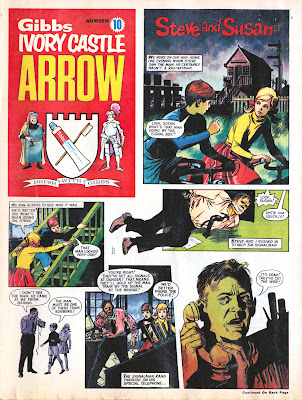 Those of you who grew up on comics of the 1960s, as I did, will be familiar with the titles published by Odhams. There were of course the five 'Power Comics', Wham!, Smash!, Pow!, Fantastic, and Terrific, and the company was also publishing Eagle by then, along with Boys World, Arrow, Robin...

Hang on. Arrow? Has history been rewritten? Where did that comic come from?

The full title of the comic was Gibbs Ivory Castle Arrow (although it was simply called Arrow in the editorial) and, as you'll have guessed, was a promotional publication for Gibbs toothpaste. According to the late Denis Gifford's Complete Catalogue of British Comics 11 issues were published from 1963 to 1966. I knew nothing else about the comic but I recently bought the issue above on eBay, which is No.10 from Summer 1965.

Researching a little more, I found this blog which gives plenty of background info on this almost-forgotten comic: http://tainted-archive.blogspot.co.uk/2011/08/archives-sunday-comics-gleaming-white.html

What's interesting is that this isn't a typical advertising agency job done by designers trying to mimic a comic (as often happens), but is a proper comic illustrated by some of the top artists in the business. The cover strip, Steve and Susan, is drawn by John Burns, who back then was drawing Kelpie the Boy Wizard in Wham! and various strips for DC Thomson's Diana (and is still very active today as one of the artists of Nikolai Dante for 2000AD.) 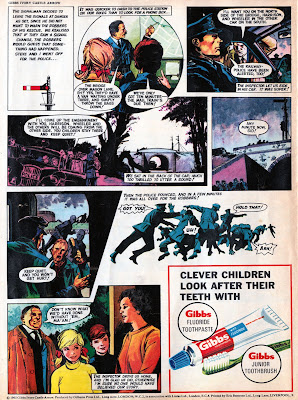 The comic only had 8 pages, but half were in full colour. It had glossy photogravure printing like Eagle and the early issues of Wham! and resembled a mixture of those two comics in its layout.

The first strip that greeted readers inside was, as you might expect for a comic promoting toothpaste, a half pager telling children to Look After Your Teeth. I only have this one issue but I would guess this sort of thing was the standard for all of them. 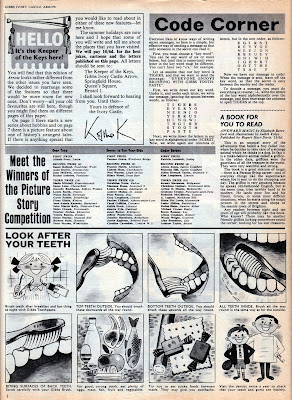 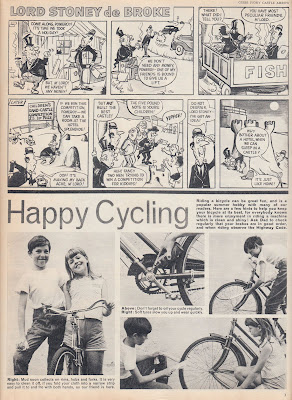 Below the strip was an educational photo feature about cycle maintenance (presumably in case they needed to get to a dentist quickly) but over the page, the colourful centre spread soon brought the fun back into things. 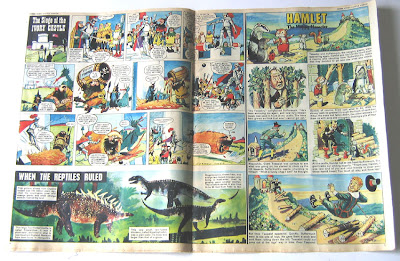 The Siege of the Ivory Castle was an allegory about protecting your teeth from decay as the Wicked Giant Decay tried to wreck the castle walls with sticky toffee. Never fear, Sir Gregory Gibb was there to fight back. Smashing artwork from Gordon Hogg, one of the Odhams regulars. 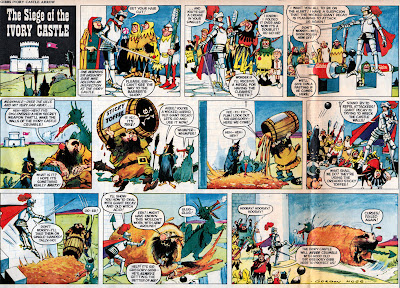 Hamlet the Happy Hamster was another strip set long ago. Drawn by Philip Mendoza, it saw Hamlet help a friendly giant escape a tree trap by gnawing through the trunk of each tree. Don't try this at home kids! 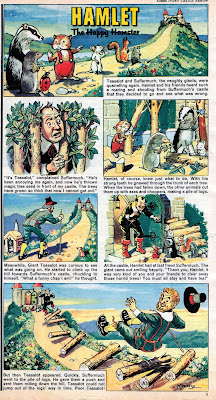 On page 6 was a complete text story, The Secret of Abbey Towers. At the foot of the page, a strip that's sure to interest fans of Reg Parlett - Toothy! Perhaps his rarest strip? 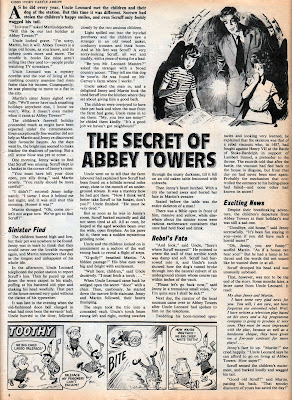 Had enough teeth-related strips by now? How's about broadening our horizons, like to... the ears for example? Ear you go then: Ear in a Bottle - "one of history's strangest tales". Or not so strange in certain pubs on a Saturday night. 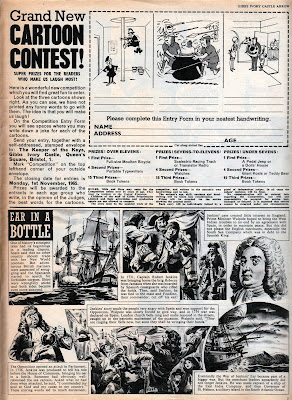 You may have noticed there was no cover price on Arrow. As a promo item, the comic was apparently sent to dentists for them to give to children free. (I never saw it at my local dentists.) What did the dentist get out of it? More patients, if they imitated Hamlet the tree-gnawing hamster.

All in all, a very nice item, showing not only the high quality of 1960s comics but indicating how popular comics were back then that a major manufacturing company would utilize them for advertising.

Fantastic find Lew. Now that is rare! Well done. It boggles the mind to think of how many more obscure rarities there may be out there!

But don't forget that Gibbs had a pedigree in using comic artists of the day: Frank Bellamy - click on the Note in the right hand column and let the images load

Of course! I'd forgotten about that one. Thanks Norman.

There were other promotional comics for various things in the 1960s, such as Wonder (Esso) which I featured here a while ago. I vaguely remember one called Asgard (I think) - some Norse theme anyway, which was given away in shops to promote... cheese or something?

I keep looking at that Lord Stoney de Broke strip, and the linework and kids' expressions keep reminding me of Dick Millington. Is it possible this particular strip was Dick ghosting Stan?

I see what you mean now you mention it Andy. There's definitely a look of Millington about some of it.

What do the rest of you think?

Great article, Lew. I didn't know about this comic at all. I do have that other comic you mention, it is called Princess of Asgaard, published on behalf of Danish bacon circa 1970. I'm writing this at 4am on my phone. Have been stuck in hospital for 3 weeks following a botched abdominal op. Glad I can still read your blog. Cheers Dave

That's the one Dave, thanks. Hope you'll be feeling better soon!