British superheroes! In the issue of Lion that was on sale this week in 1968 the comic had changed a bit since the 1964 issue we looked at a few weeks ago. The standard regulars were still around, such as Carson's Cubs, Robot Archie, and Zip Nolan, but the influence of the Batman TV show and the increasing popularity of Marvel Comics had inspired the arrival of a few home-grown superheroes.

The Spider had arrived in Lion in 1965 as a master crook but by 1968 his adventures were becoming even more fantastic in nature. This episode sees The Spider and a whole team of British superheroes battle the evil Limbo, climaxing with The Spider being banished to another dimension!

The artwork on the first two pages is by series regular Reg Bunn, but pages three and four are clearly the work of someone else, presumably because Bunn was perhaps ill or otherwise unable to complete this episode in time... 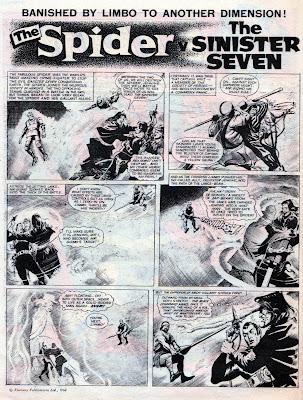 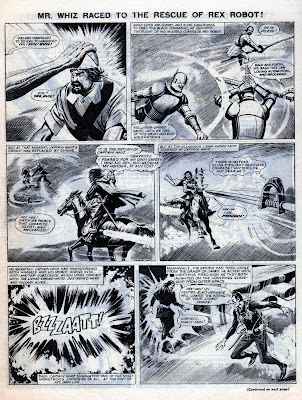 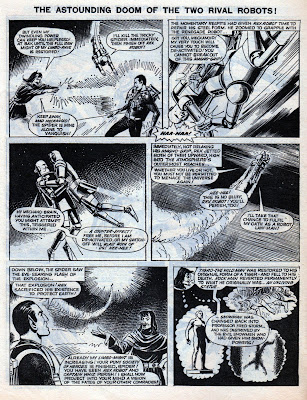 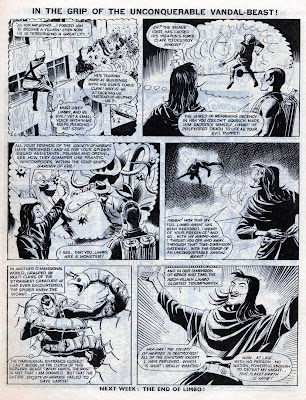 This issue saw the very first appearance of Lion's newest superheroes, Gadgetman and Gimmick-Kid! It's completely daft but there's something very likable about it and the solid artwork is a treat. Sadly the strip only had a brief life, running just six months and ending in October of the that year. 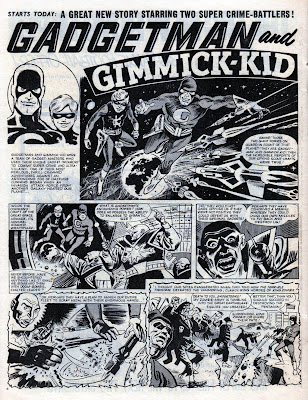 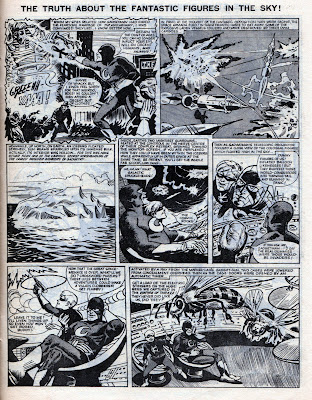 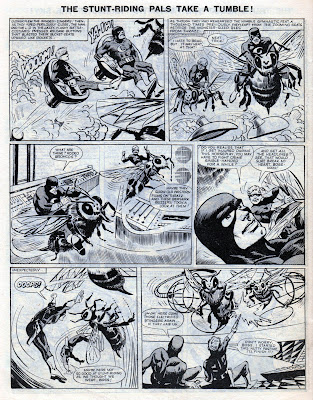 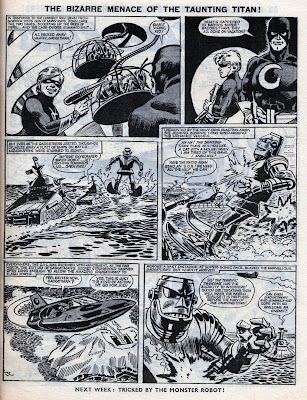 The Phantom Viking had joined Lion when Champion merged into the comic in 1966. The super-Viking was obviously the UK's version of Marvel's Thor, right down to his winged helmet and human alter-ego. Perhaps readers saw through it as The Phantom Viking never really achieved comic greatness, running for just two years.

At first glance I thought this was the work of Jose Ortiz, but it's by Nevio Zeccara according to Steve Holland's Fleetway Companion index (and Steve usually knows his stuff regarding adventure comics). Nice inking technique on the underwater sequence on page two... 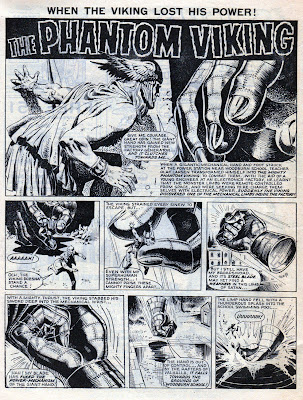 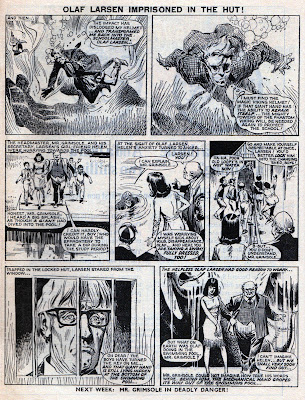 Want to see some classic ads that appeared in this issue of Lion 44 years ago? Here's a very stylish sixties Anglo bubble gum ad in comic strip form. There were a few different Anglo Ace strips in this campaign...

Decimalisation was coming, slowly but surely, with the arrival of the 5p and 10p coins giving us a taster three years before the full system was introduced...

The die-cast model vehicles of Dinky Toys (and their rivals Corgi) were still very popular in 1968. A model Ford Escort could be yours for 6/11d (34 and a half pence)...

This week also saw the launch of Fleetway's latest adventure comic, Jag and Lion's centre pages showed us what to expect. You can read more about Jag by clicking here.

Fascinated by the 'decimal currency board' (so archaic) ad. More than 40 years on I still occasionally find the atrocious 'one pound is a hundred new pennies, a hundred new pence is a pound' jingle (at least that's how I remember it) running through my head! That's it for the rest of the day then......
Mike

Plenty of beautiful art in this issue, but art for Gadgetman is absolutely fantastic, It has a real Frank Robbins vibe.

It's a lot to swallow, but as long as you don't swallow the bubble gum you'll be ok.

The Spider and his Society of Heroes could almost be ancestors of Watchmen. And who'd have guessed that the artist with such a weird, atmospheric style was named Reg Bunn?