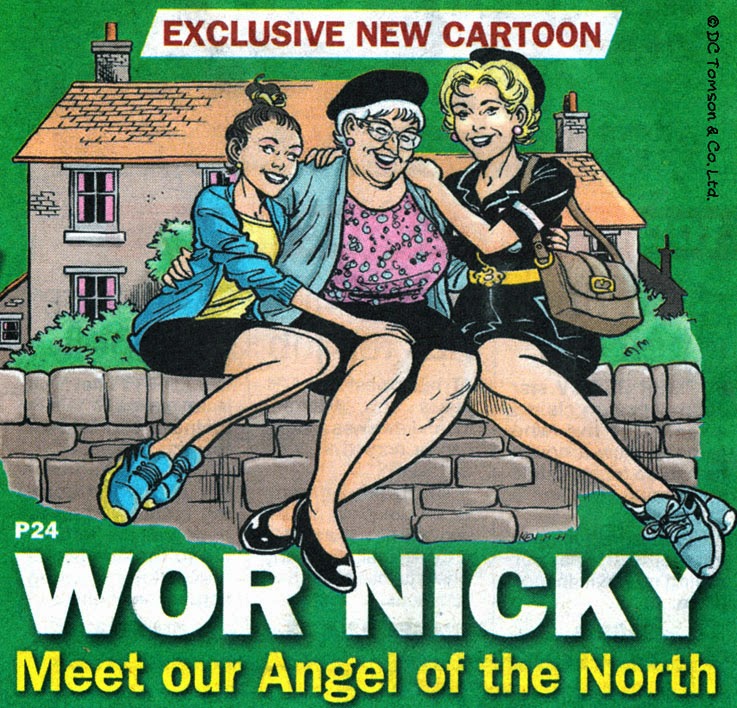 Thanks to 'colcool007' on the Comics UK Forum for bringing this to my attention. Today's issue of The Sunday Post introduces a brand new regular comic strip; Wor Nicky, written by Morris Heggie and illustrated by Ken Harrison.

Billed as "Our first all-new cartoon since 1936" Wor Nicky is a community nurse and a "feisty lass from Geordieland". A non-Scot comics character in the Post? Yes indeed, as the paper acknowledges that one-third of its sales are in England, primarily in the North East. 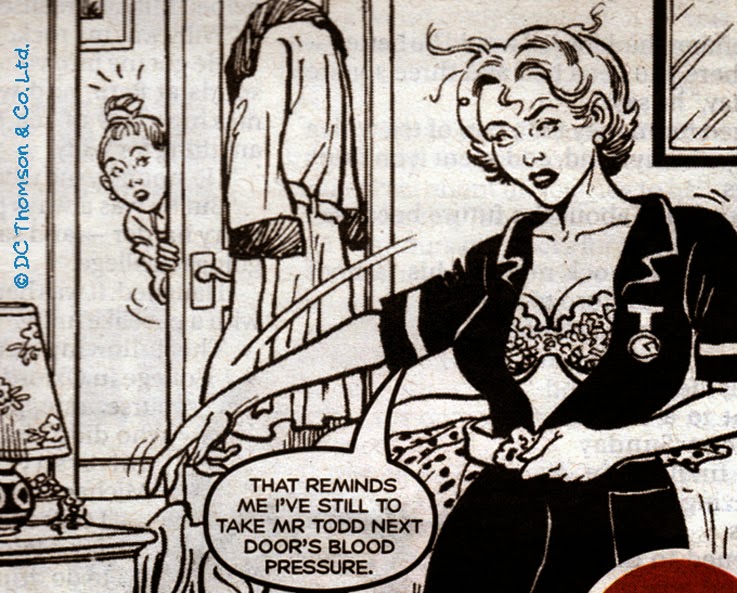 Comic fans will recognise the name of Ken Harrison as the artist who has previously drawn The Broons and Oor Wullie for the paper, along with many pages for the DC Thomson comics over the years, including a long run on Desperate Dan for The Dandy.

The Broons and Oor Wullie still continue every week of course, along with mini-strip Wee Harry, all drawn these days by Peter Davidson.

I suspect that Wee Harry strip may be getting the boot. The first Nicky strip is 5 panels, same length as Wee Harry. We'll see next week.

Also not sure about claim that its their first new cartoon since 1936 - Wee Harry is fairly new! What about the other Fun Section characters?

All that aside great to see this investment in comic art by DC Thompson.

Yes, that claim puzzled me too. I thought there had been some new characters since 1936, or were Nosey Parker etc reprints from The Dandy and other places?

Like you say though, surely Wee Harry is a new character?

I can only assume they meant full pagers. That would account for Nosey Parker and Wee Harry, which are mini-strips. But that does assume that all full page comics they've run except for Oor Wullie and the Broons were reprints.

Well, Wor Nicky isn't a full pager. Perhaps they just made a mistake.

Wee Harry is or was Our Wullies dog so isn't a new creation.
Nicky hasn't had her shirt off for a long time, Presbyterian backlash.?