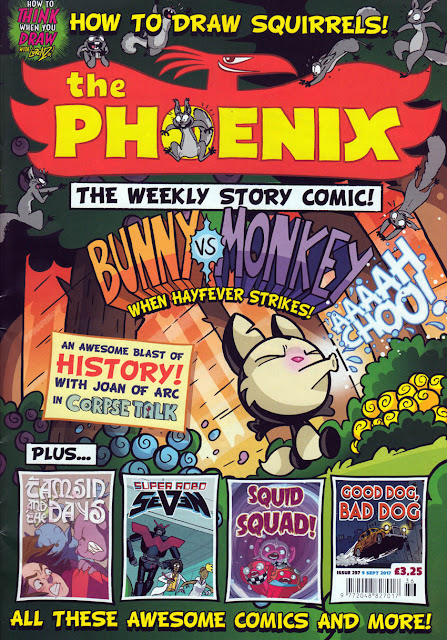 I was pleasantly surprised to see the latest issue of The Phoenix in my local Sainsbury's yesterday. Apparently it's a four week experiment in certain areas to see how it fares in those supermarkets. The comic is already available in WH Smith and Waitrose, (as well as many comics speciality shops), so let's hope it does well. 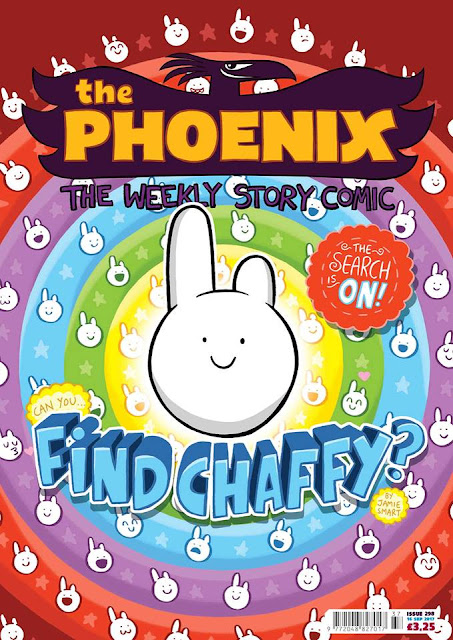 The Phoenix is fast approaching its 300th issue (out in two weeks time) so there's no doubt that it's a successful comic. Its 32 pages feature all-new comics content every issue from some of the UK's top creators. It has clearly engaged with its readers, and proved that today's kids still like comics.

To my mind though, the big question is; where are the rival publications? The closest is the perennial Beano of course, still the king of comics, and there are numerous children's magazines, some of which, like Toxic, feature a few comics pages, but aren't devoted to comics content like Beano and The Phoenix are. 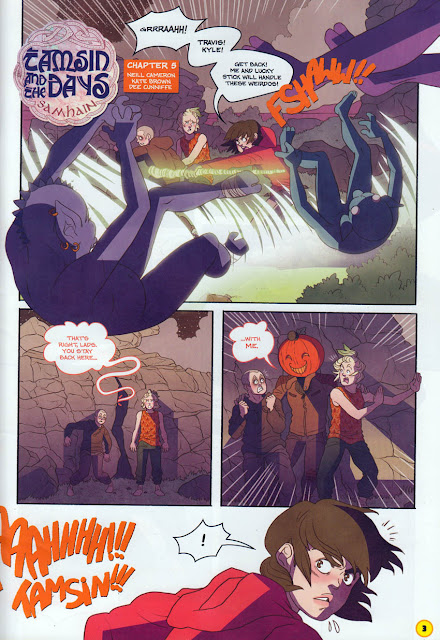 Years ago, competition between comics companies was fierce, with publishers imitating each other to capture the attention of readers. IPC and D.C. Thomson would compete with their own lines of comics, and, later, the soaring popularity of Viz saw numerous imitators on the stands. Yet here we have The Phoenix, almost 300 issues old, and nothing new has yet attempted to imitate its successful format. 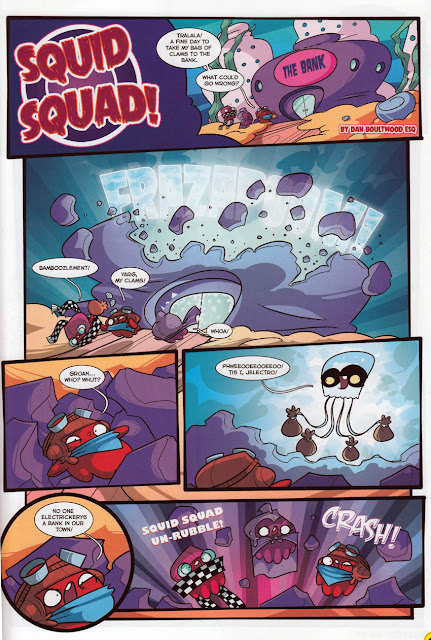 I would guess the reason is in the way The Phoenix has been a "slow burn" title; starting with subscription-only availability, then very gradually widening its distribution, firstly into Waitrose, then Smiths (and even then, only selected branches). That's not a business model that would be rewarding for the major publishers. They're more geared up to publish titles that need to start big from the outset (and if they don't, they're dropped). 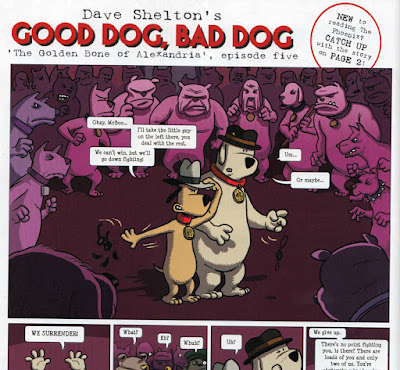 It's understandable then, why Egmont or Future Publishing haven't released their rival to The Phoenix. At present, The Phoenix probably isn't seen as a threat to them. However, if the Sainsbury's experiment works, giving The Phoenix even more exposure, who knows what might develop?

As I understand it, The Phoenix is an independent comic, but one with a lot of money behind it thanks to David Fickling. What's needed is another entrepreneur willing to take the same risks with a new comic. There doesn't seem to be anyone on the horizon at the moment, but as The Phoenix continues its upward climb, the evidence strengthens that there is a market for more children's comics in this country.
https://www.thephoenixcomic.co.uk 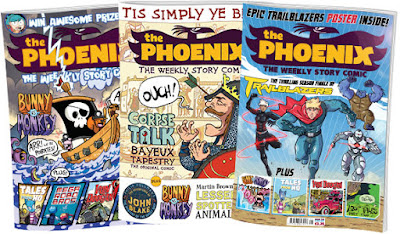 Email ThisBlogThis!Share to TwitterShare to FacebookShare to Pinterest
Labels: The Phoenix

The Phoenix was definitely in my local Smiths for a bit but not now so it looks like the experiment failed. I think that the price is seen as high by parents who see a comic and "FIVE FREE GIFTS", such as Toxic, Mega and Glitch as better value. Not true of course, as the content is inferior, but it's false economy that has won - here at least.

Was in our sainsburys as well, bought one to support the cause. I'm surpised that noone has gone for a digital comic, overheads are much lower. Moosekid was a great example of how that could have looked.

I presume you're not familiar with ACES WEEKLY, Caz? It's been around for a few years now, exclusively digital every Monday, and only £6.99 for a seven issue subscription. http://www.acesweekly.co.uk

The Phoenix is still on sale in my local Smiths, James (and in Sainsburys too at present). It's doing quite well I gather. Issue 300 will be out next Saturday!

Phoenix is now on Comixology and available in America.
https://www.bleedingcool.com/2017/11/10/scholastic-phoenix-comic-anthology/