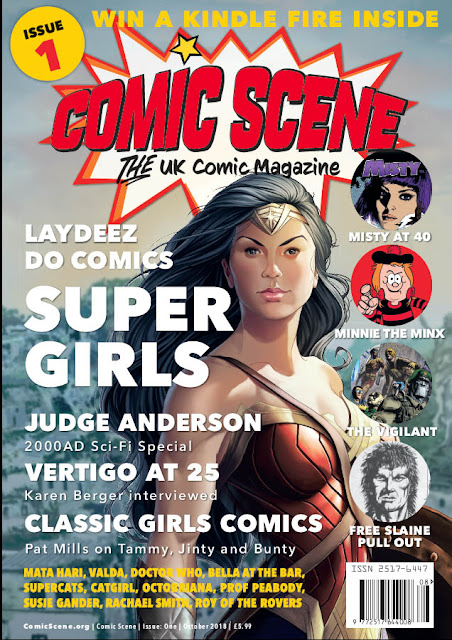 After the launch issue (Christened No.0) a few weeks ago, Comic Scene has now begun properly as a monthly magazine and No.1 is out now. In case you haven't heard, Comic Scene is a magazine dedicated to UK comics old and new, and this first issue delivers the goods with a nice range of subject matter.

There's quite a focus on female comics creators (and characters) in this issue, which I hope will educate the corner of fandom who still aren't aware that there are some great comics produced by women, and always have been. There's an article on Marie Duval, co-creator of Ally Sloper in the 19th Century, a feature on the late, great Yvonne Hutton who drew Roy of the Rovers in the 1960s/70s, and we're brought right up to date with an interview with talented Rachael Smith. There's many other features besides, including a look at Misty comic and more. 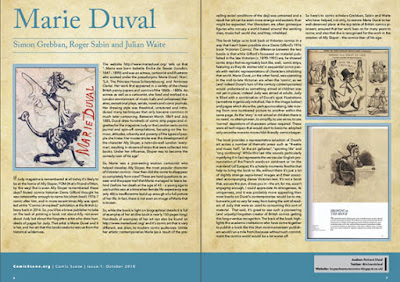 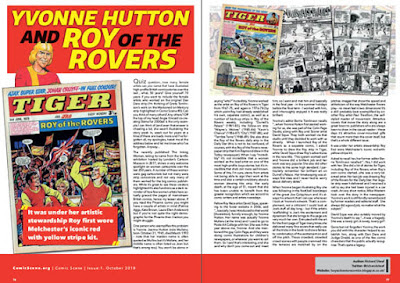 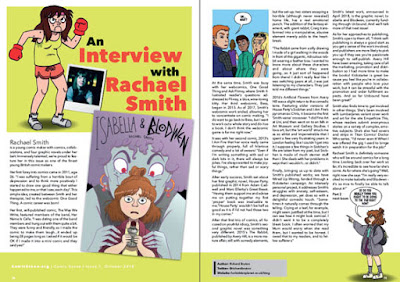 Other content includes a look back at the first UK comics con from 50 years ago, John Freeman on why it's no longer such a simple matter to launch new comics in newsagents, Vertigo comics at 25 (okay, that's an American company, but lots of Brits have worked for them), and a free sample pull out of Pat Mills' new book on the development of Slaine. 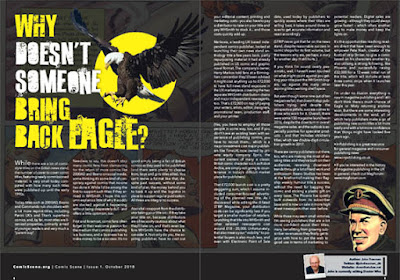 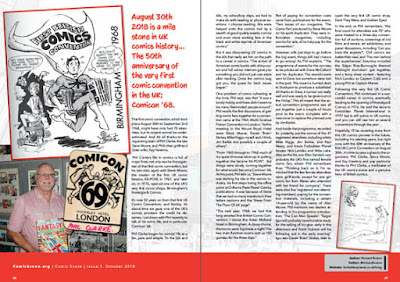 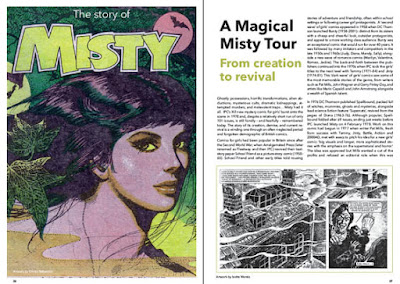 And, as they say, much, much more!

Some of the articles are still a bit too brief, but most are the right length to keep the magazine busy and varied. I hope that all readers of Blimey! are supporting Comic Scene. Basically, if you like my blog you should enjoy that mag, and when Blimey! is no longer around I hope Comic Scene continues for many years to come.

You can find out more information on Comic Scene, where to find it, and how to subscribe, at the following link:
https://comicscene.org

It's always good to see a new magazine, but distribution surely is the name of the game. Living in an area that is devoid of "comic shops" the list of shops that is carrying it is very limited, it seems to be heavily biased towards the south of the country.

Also, to have no mention of a certain comic who has reached the great age of 80 is disappointing.

You can always order it by post though. That's what I did.

Hopefully distribution will improve over time. It's a small independently produced mag so it's a case of starting small and building a readership and demand. I'm sure all comic shops will be aware of it, but whether they order it or not is down to them. Newsagents are out of the question at present (far too expensive to get into those, even if suppliers accepted it) so subscriptions are the best bet at present.

Yes, it would have been nice to have seen a lengthy article on The Beano. Oddly, they just focused on Minnie the Minx, who's "only" been around since the 1950s. Perhaps issue 2 will cover how the anniversary was celebrated.

Indeed, I will order the first issue directly from them to 'get the feel of it'.

Hmmm, well the mag arrived, but after two days i find myself a little underwhelmed. For a first issue i think it majors too much on the female 'special' far too much.

The job of the first issue is surely to grab peoples attention with a wide and varied number of subjects, and although it could be said it tried, it failed.

I feel having most of the issue 'devoted' to a single subject has limited its appeal, to me at least. I don't seem to be able to make it through more than a few pages before putting it down. Just not interesting.

I appreciate how much hard work goes into putting these things together, but....

I agree that it didn't need a theme but I didn't find the chosen theme a problem. The subjects had enough variety, but many were just too brief. I'm more concerned about the poor resolution of some of the images. That definitely needs sorting out.