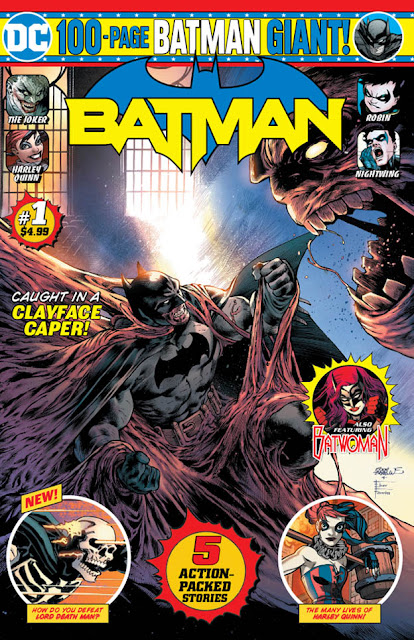 Back in the early 1970s, DC Comics launched the 100 Page Super-Spectaculars, chunky square bound comics reprinting classic stories (and often with new material at the front). Many of us lapped up those value-for-money comics, priced just 15p each.

Well, now they're back! After a trial run exclusive to Walmart stores in the USA last year, the 100 Page Giants (as they're now known) have been relaunched and are now also available in comic book stores across the USA and UK. They'll cost you significantly more than 15p all these years later but at $4.99 (less than a fiver) they're still good value compared to the standard $3.99 32 pagers. 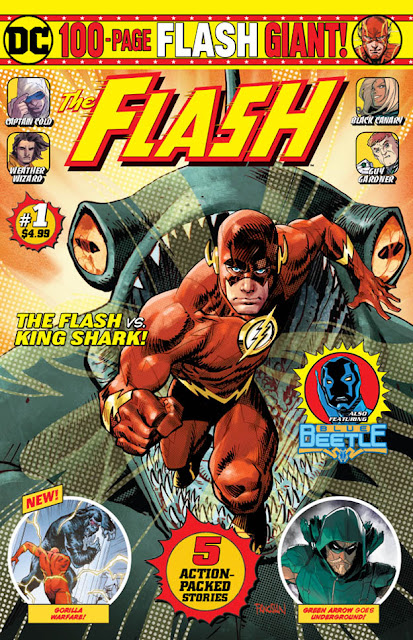 The format is similar to their 1970s counterparts; new material at the front, and reprints for the rest of the comic. Back in the 1970s, they reprinted material from the 1960s back to the 1940s. This time we get more contemporary material, but Flash Giant No.1 reprinting a Blue Beetle story from 2006 is pretty much the same as a 1973 Flash Super-Spectaular reprinting a story from 1960. 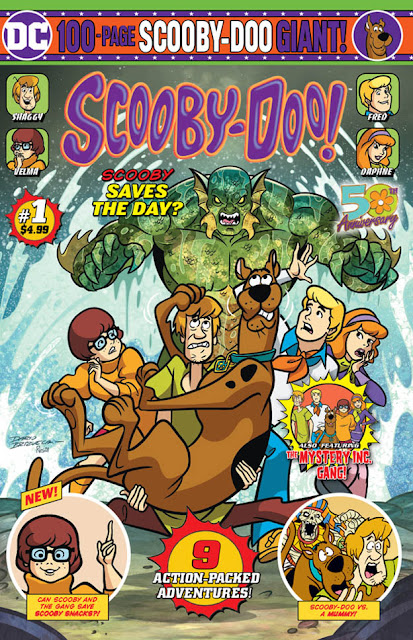 Titles available so far are Scooby-Doo and The Flash, which came out over the previous two weeks, with Batman and Villains out today. Batman, Swamp Thing, Wonder Woman and others are to follow over the coming weeks. Some are one-offs, but titles such as Batman and The Flash are ongoing, to be published every other month. A Superman Giant is coming later this year. 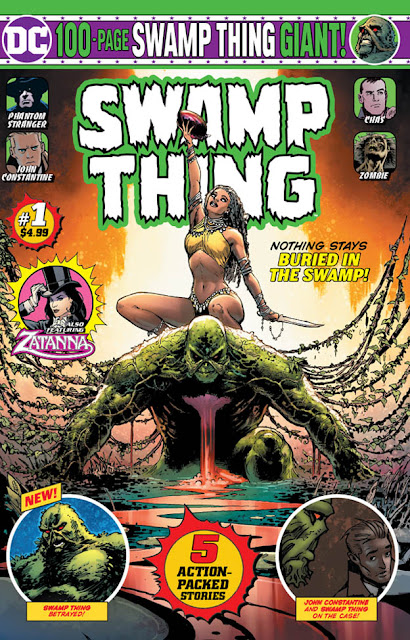 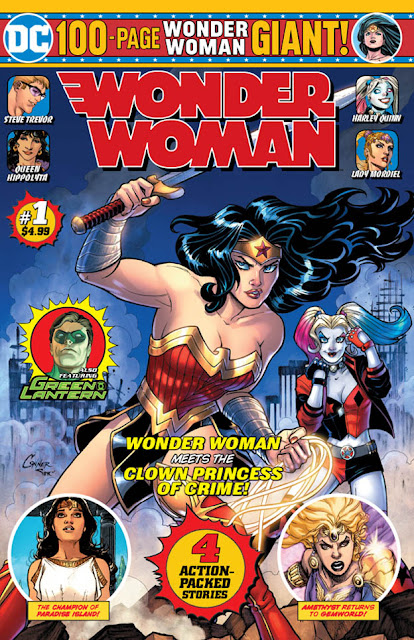 The original 100 Page Super-Spectaculars only lasted a few years. Will these 100 Page Giants have more longevity? Time will tell, but it's interesting that there's a thirst for reprint comics again. As you may know, Marvel and DC are now publishing facsimiles of various key issues, and they also have their cheaper True Believers and Dollar Comics lines of reprints. On the one hand I don't like seeing reprints churned out with the creators receiving nothing, but if they bring in new readers to buy the regular comics then that's a good thing. Will Marvel imitate DC and launch their own 100 pagers? Back in the 1970s, Marvel responded by publishing their Giant-Size editions, which only had 68 pages (but more pages of new material than DC). 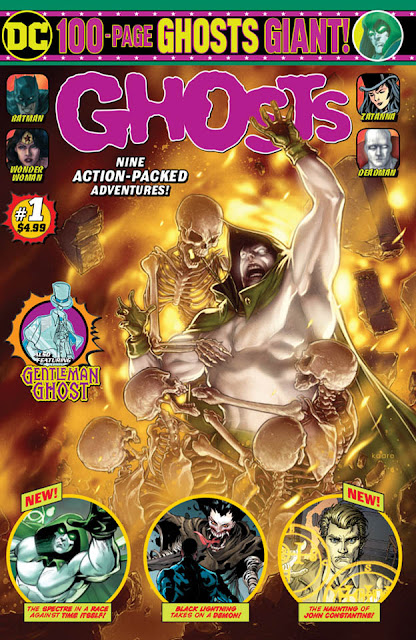 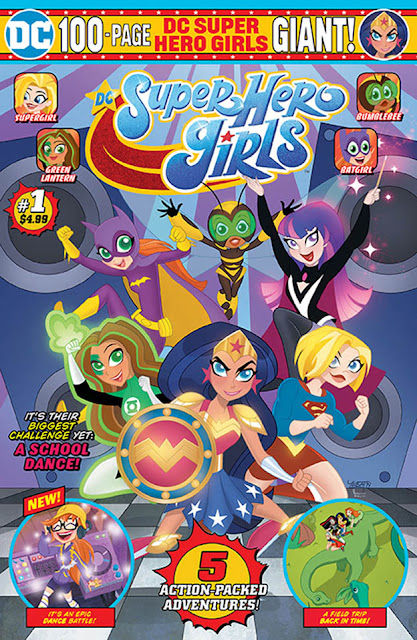 Will British publishers follow suit? Well, we already have our own 100 page giants from Panini UK when their regular 76 page Marvel reprints occasionally give us 100 page special issues for no extra cost. But what about facsimile editions? Could Rebellion perhaps produce facsimile issues of key 2000AD comics or some of the many other titles they now own? Anything is possible! 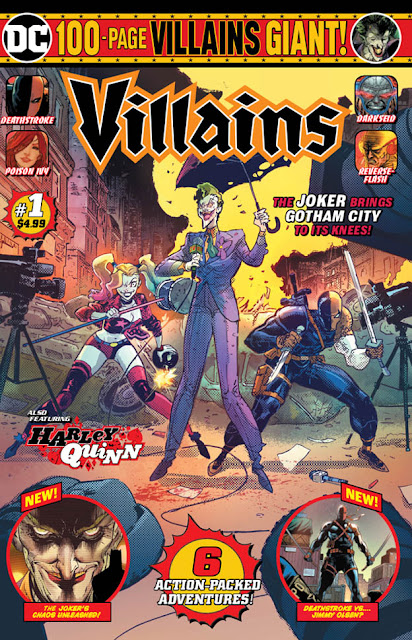 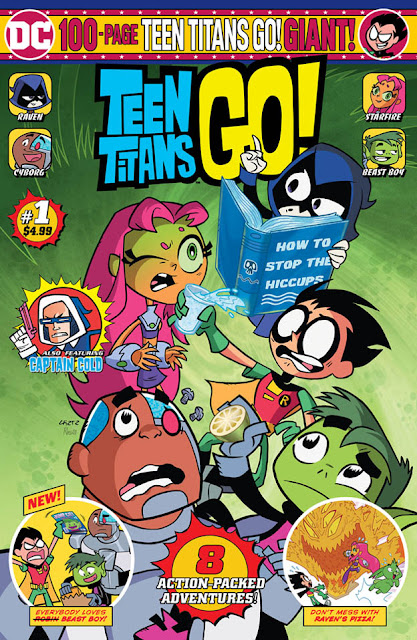 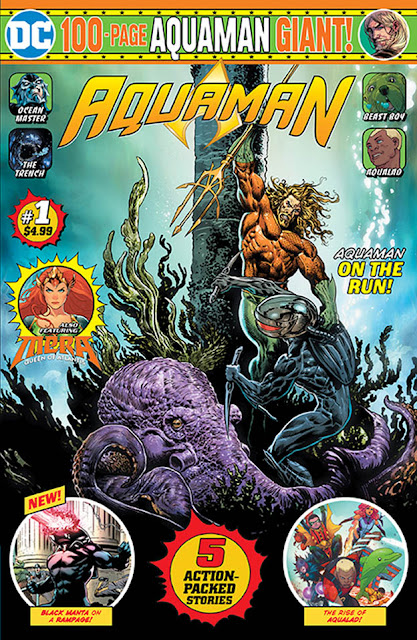 For comparison, here's one of the original 100 Page Super-Spectaculars from 1974.... 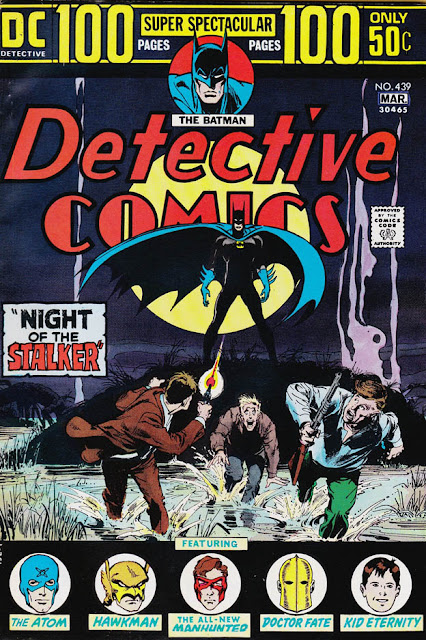 They do look great...

I dont get to comic shops that regularly now so thanks for showing these, I might pick up the Ghosts edition. It would have been good to see some 70s strips reprinted all the same but I understand why they haven't done that.

"Marvel Tales" seems to be currently the branding of U.S. greatest-hits collections of big characters from the House of Spiders - maybe just as "80th anniversary" specials. 1960s Spider-Man stories were reprinted as "Marvel Tales" normal-size issues in the 1970s - actually, Wikipedia says the history is longer and more complicated, and in 1964 "Marvel Tales" was a 72 page "annual" (summer special!) of reprints (possibly also counting adverts).

Brand recognition and recycling is a tradition, even if relatively few readers do recognise it... and a trademark is a trademark. And it saves thinking up -new- titles. Isn't "The Mighty World of Marvel" out this week......

Yes, the 1960s run of Marvel Tales started out as an annual. I have those early issues.