Classic Comics on the cards 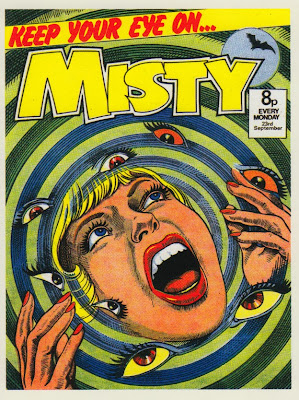 Egmont have just released two smartly produced box sets of postcards from their Classic Comics imprint. 70s Girls' Comics: 100 Postcards and Battle: 100 Postcards are exactly what they say on the tin.... or rather sturdy cardboard box. Each set features 100 quality postcards depicting covers or images from some of the top comics of the 70s and 80s. 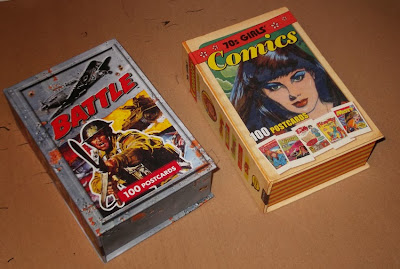 As the title suggests the Battle set focuses solely on Battle Picture Weekly (and its later incarnation Battle-Action). There are some superbly dynamic covers here and the reproduction is excellent. Classic characters such as Major Eazy and D-Day Dawson are shown in all their glory. Some cards feature images from the strips so we get crisp reproductions of artwork by Joe Colquhoun and Eric Bradbury amongst others.


Speaking of the artists brings me to the only minus point of these postcards. There are no artist credits on any of them (apart from the images that were signed or feature the original credits). I appreciate that these sets are not aimed solely at comic fans (I imagine most will be bought as nostalgic Christmas presents for parents) but it would have been a nice extra just to let the buyers know the names behind their favourite comics of childhood.


The 70s Girls' Comics set features covers and art from several titles: Tammy; Misty; Penny; Jinty and Sally. The Misty covers provide the most striking images with their dark and moody themes and they're contrasted nicely by the lighthearted artwork of John Richardson for Tammy. The Jinty covers are perhaps the weakest in composition but no doubt readers of that comic will be pleased to see their inclusion here. 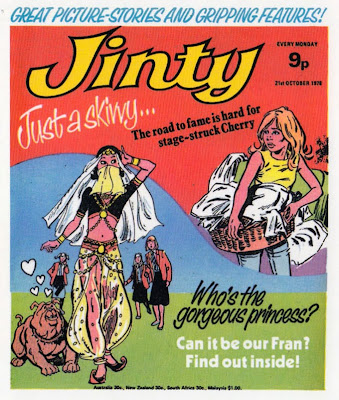 All in all both of these postcard sets are very nicely produced. The boxes themselves have a great 'distressed' design (war-torn 'metal' on Battle and 'yellowed' paper on the Girls' set) and are strongly constructed. 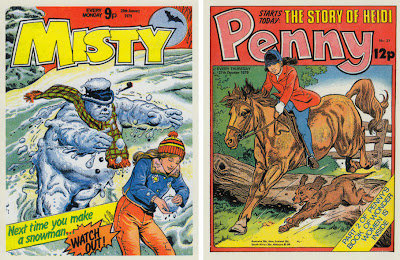 Both sets are reminders of what a strong comics industry we used to have in the UK before most publishers veered towards magazines with editorial or activity content instead of strips. And these were only a few of the comic titles. Hopefully these postcard sets will sell well enough to ensure more of them. 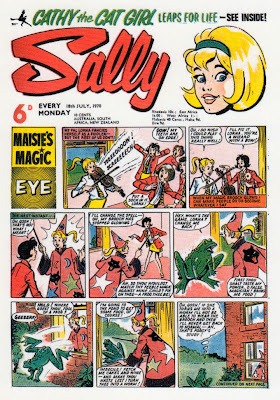 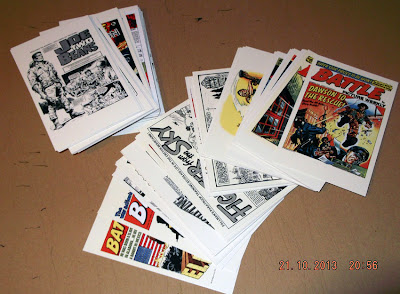 Definitly with you on the Humour Comics. I'd be happy to frame cards featuring Whizzer & Chips or Whoopee! A card featuring Oink! would be great, too.

Yes, they could also feature some of the World Wide Weirdies that Ken Reid drew for the back covers of Whoopee too. They'd look great as postcards.

Will definitely get the Battle set though I would have preferred a mixture of titles (e.g. Battle, Action, Valiant, Lion, Tornado, Jet, Eagle, etc...). But maybe next time.
Though I suppose they can't do Valiant or Lion because they are owned by DC Comics. Incidentally could they do Tornado since it was merged with 2000AD which isvowned by Rebellion?

Rebellion own the strips which merged into 2000AD so Egmont could feature the covers that didn't show Wolfie Smith or Blackhawk I suppose.

Yes, I'd like to see a mixture too. They could show Scorcher, Score n Roar, Jet, Roy of the Rovers, but like you said, the classic titles such as Lion, Valiant, Jag, Smash, etc are owned by Time Warner - who seem to have no plans to do anything with the hundreds of characters they acquired. What a waste.