Funny Monsters Comic No.2 - It's Christmas! 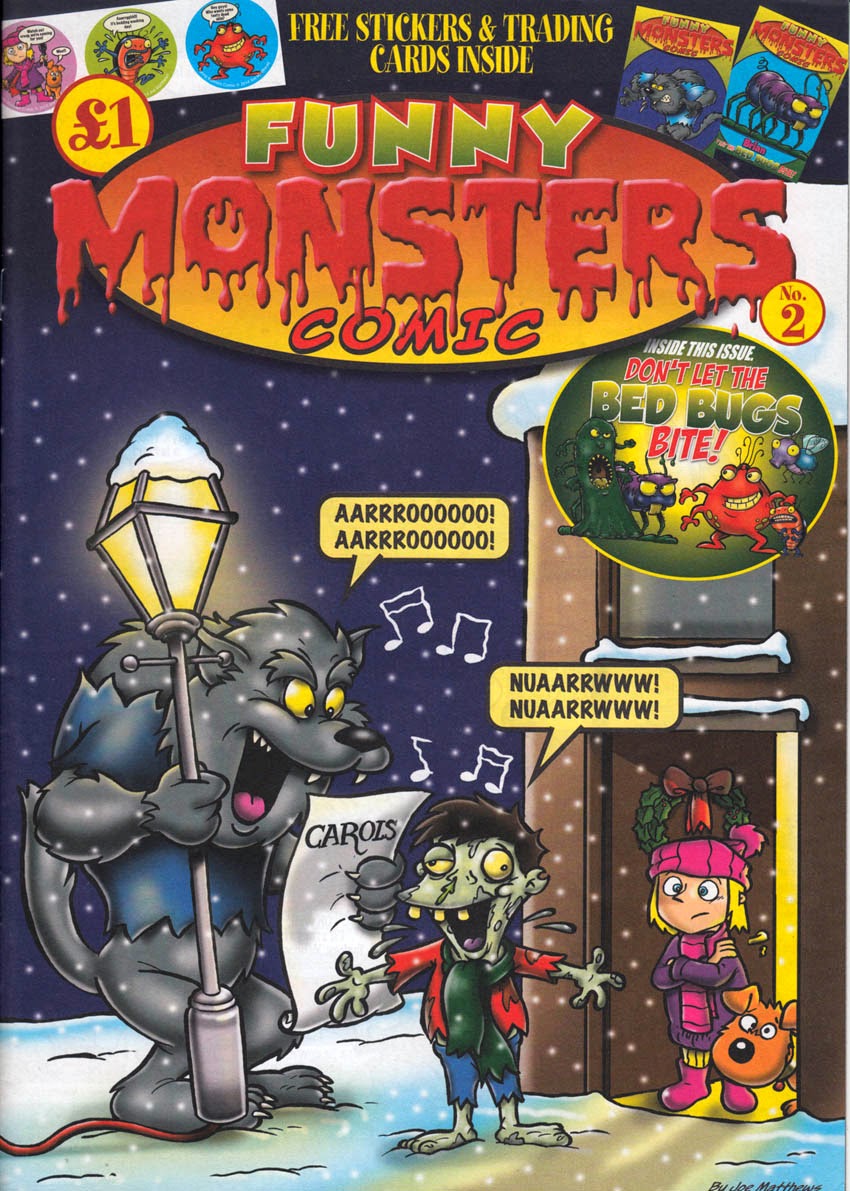 Yes, it may only be November but the Christmas issue of Funny Monsters Comic is out now! As mentioned in an earlier post, this independent comic is produced and published by long-established cartoonist Joe Matthews. Fed up with the lack of new British humour comics being published by the major publishers he went out and did his own!

Funny Monsters Comic No.2 is another 16 pages of Christmas full colour fun including pages of comic strips featuring Zackster Kid Zombie, Scary Monsters, the Bed Bugs, and Werewolf Growl. There's also a two page text story featuring Milly, Monster Hunter, and several activity pages. It's a very nice package for kids and would be a good stocking stuffer for Christmas. The comic also has free gifts in the form of three character stickers and two trading cards. 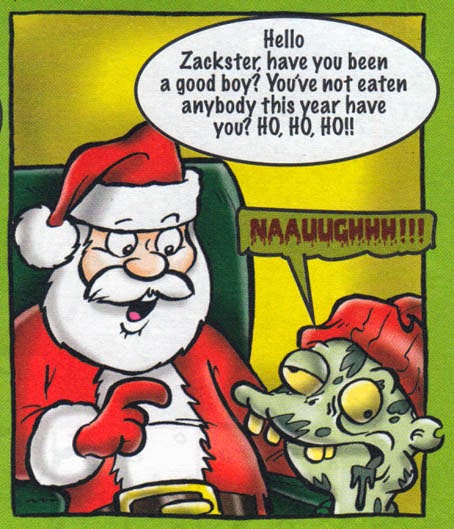 You can visit the comic's official Facebook page to find out more:
https://www.facebook.com/pages/Funny-Monsters-Comic/713887701981304

Funny Monsters Comic only has limited distribution so far, so you won't find it in Smiths or Asda! However, you can buy a copy from Joe himself when he appears at various locations selling the comics (see the Facebook page for updates about this). Alternatively you can send for a copy by post simply by using PayPal (joe_1963@live.co.uk £2 including p&p - or £3 for issues 1 & 2).

There's no mention of when No.3 will appear, but it'll be early next year hopefully. Give Funny Monsters Comic your support and let's make it a regular comic!
Posted by Lew Stringer at 23:57

Wow. The cover looks like a homage to the Shiver and Shake Annual 1976. Defo a purchase for me and my boys.

That cover is based on the Shiver and Shake annual by Robert Nixon...Frankie Stein holding a lampost while shiver the ghost sings...must of been inspired by it...

Well spotted, both of you. Yes, it must have been inspired by that book. I'd given up buying British humour comics in 1975 so I missed that Shiver and Shake Annual.

I will give this a whirl, My oldest two like the first one well enough, some bits worked others didnt for them, but a good stab at a decent comic. They also said they would like to see the Christmas one, so he is on the right track.

Yes, the Christmas one will hopefully sell well and help to ensure a third issue next year.