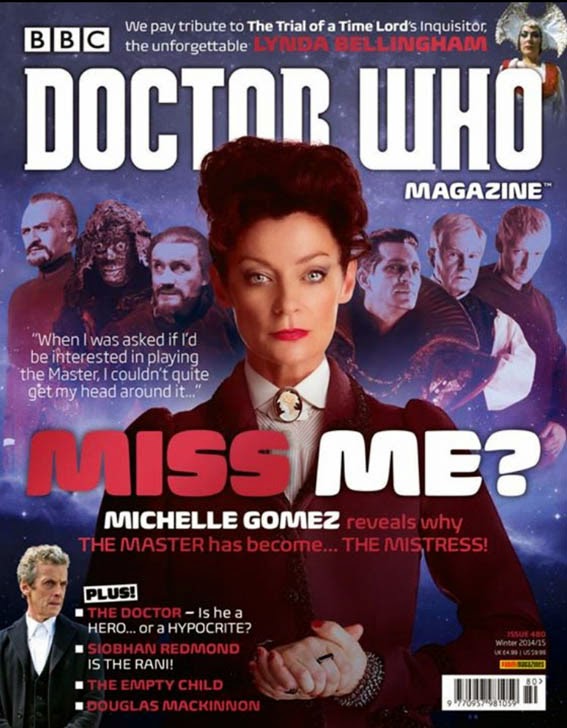 As posted on Facebook today, here's the cover to Doctor Who Magazine No.480, which will be in shops this Thursday (Nov.13th). It features the final part of The Eye of Torment comic strip by Scott Gray, Martin Geraghty, and David Roach, and another Daft Dimension mini-strip by me. Here's a glimpse of part of one panel, enlarged. I can't show any more or it might spoil the joke. 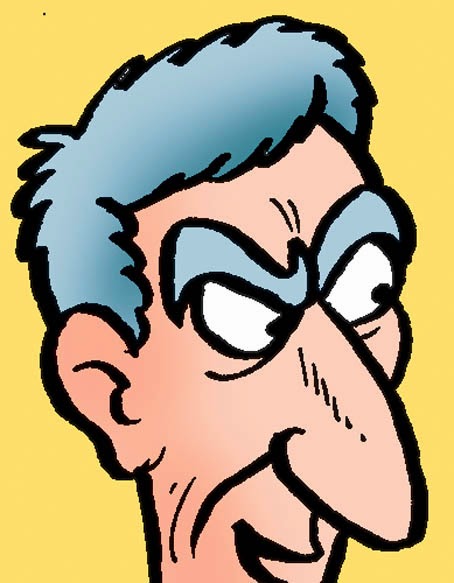 There's also a wealth of news, reviews and exclusive feature pages too of course, including an interview with Michelle Gomez, who played Missy so brilliantly in the new series.

Doctor Who Magazine No.480. 84 pages for £4.99. On sale 13th November. Available from newsagents, supermarkets, comic shops etc.
Posted by Lew Stringer at 13:31

I guessed her identity on last week's episode the first time she said"You know who I am". I wonder if a female Master is testing the waters for a possible future female Doctor. I agree with you, Lew, that she was excellent - perhaps this shows that a female Doctor would work fine with the right actress.

Anything's possible, but I hope Peter Capaldi stays for a few years yet. I really liked the way the episode messed with our heads just before (and including) the title sequence this week. A definite "She's not... Is she?" moment.

I guessed Missy's identity a while ago, mainly because I remembered old movies where 'missy' was an abbreviation of mistress. I wasn't 100% sure until the reveal though.

Yes, I agree that Peter Capaldi was terrific - best Doctor since Tom Baker in my opinion. And, as you say, the "Is Clara the Doctor ?" moment was a wonderful tease - what a pity if Clara has now left the show as seemed the case at the end.

Hi Lew >i haven't always kept up with the good doctor but it has become very interesting since its comeback. This season with Mr Capaldi has taken a while to bed in but I have to say I'm enjoying his interpretation.There's no way to second guess him is there? He's full of tics and surprises .This latest with Missy was very good .surely we'll not lose such a great character as this so quickly?I've developed a very inappropriate age- fondness for his pretty , slightly appealingly, bow-legged assistant who is just bailing out it seems.

Colin, I think Clara will be in the Christmas special.

Paddykool, hopefully Missy will be back next year. Like you said, it'd be a shame not to bring her back. Also, there was a mention of her TARDIS, but we didn't get to see it, unless it was in Saint Paul's.