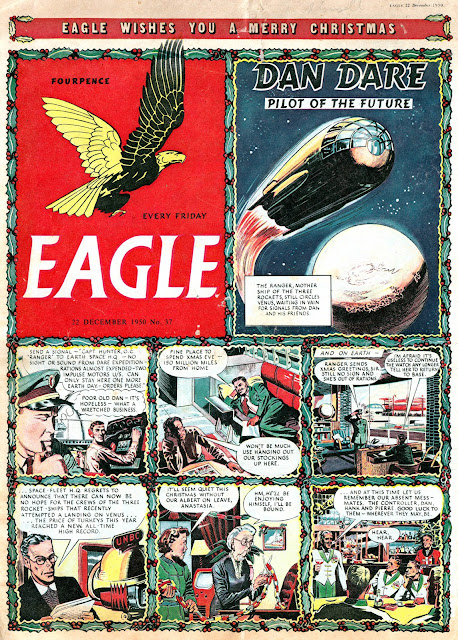 Scanned directly from the actual comic, this first Christmas Eagle might not have snow on the logo but the decorative holly around and between the panels gives it a nice festive look. Surprisingly for a serial, it manages to include references to Christmas Day within the story too. A wonderful Dan Dare strip by Frank Hampson and his team. 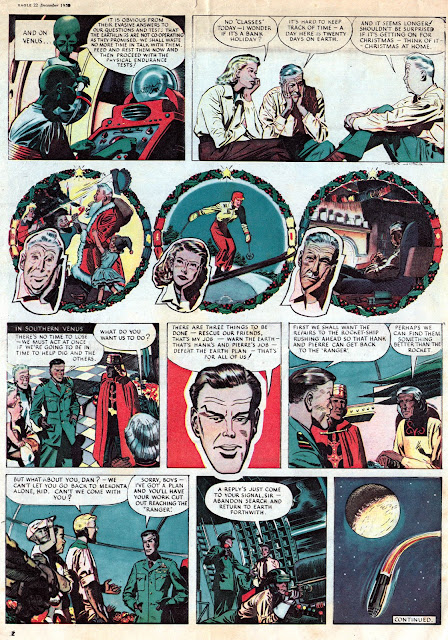 Even the centrespread by L. Ashwell Wood that issue had a festive connection...

A festive feature/strip on Christmas trees. The latter drawn by 'Ross'. Anyone know who he was? 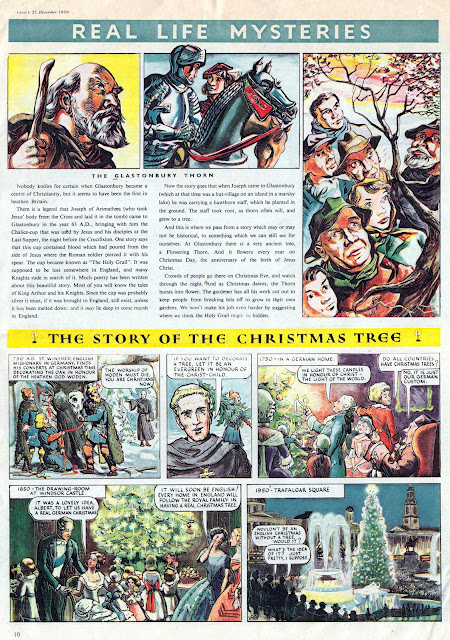 An advert in the issue... 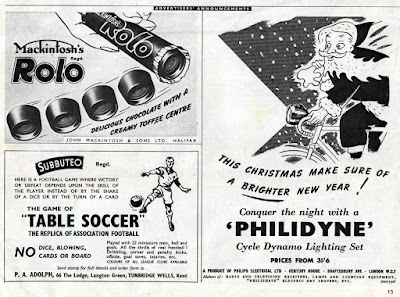 A brilliant Harris Tweed page crammed with detail by the distinctive John Ryan... 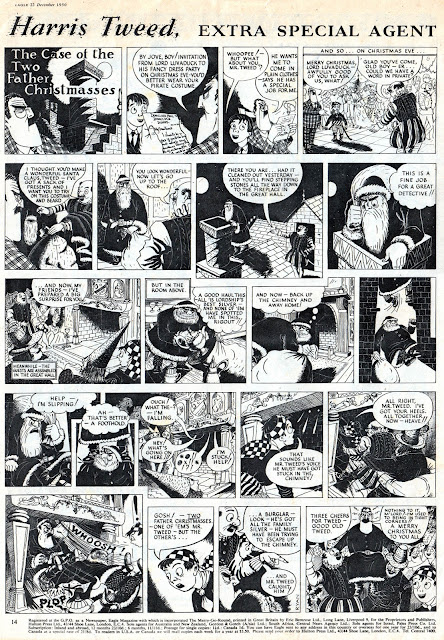 ...and on the back page, nothing could be more appropriate for a Christmas issue than the episode of The Great Adventurer reaching the point of the birth of Christ. Written by Chad Varah and drawn by Frank Hampson and Norman Williams... 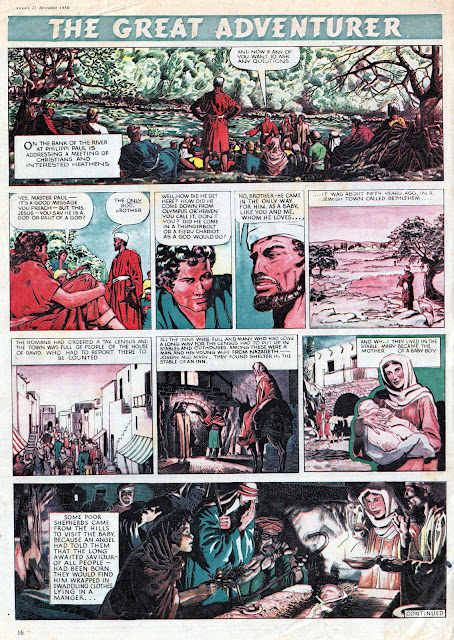 There'll be one more Christmas flashback tomorrow, on Christmas Day! Drop by whilst eating a mince pie and find out what year our final destination is!

Merry Christmas, Lew, and to all Blimey readers :)

Thank you, Colin! Merry Christmas to you too!

Really enjoying the Christmas covers!
Have a great Christmas Lew, and thanks for the great blog features throughout this year.

Thanks, Stevie! A Merry Christmas to you too.

That little half-page strip about the Christmas tree is fun one, quite modern in its sense humour, just the kind of thing we'd see nowadays online gently mocking those who argue where it came from.

The "Mail Rail" system shown (as it was called later) was closed down in 2003 according to https://en.wikipedia.org/wiki/London_Post_Office_Railway

There is a museum and you can also ride on the trains according to https://www.postalmuseum.org/discover/attractions/mail-rail-ride/

In fact it's not the only underground railway in London, there are also some "Tube" stations with a similar service. This "train" service might catch on and even be used for regular transport!