Stand by for THE TEMPEST No.2 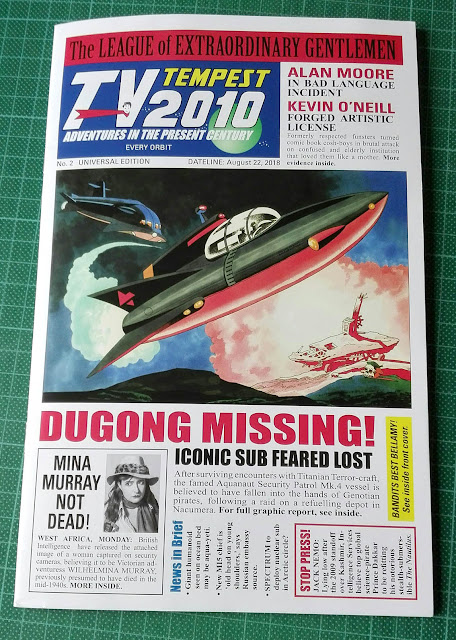 You know it's a good week when a new comic by Alan Moore and Kevin O'Neill is released. The League of Extraordinary Gentlemen: The Tempest No.2 is out now and it's another brilliant issue.

UPDATE: Although it is out now in the USA, it won't be in UK comic shops until the 19th September. (Thanks to Kevin O'Neill for the info.)

With so many comics these days having such standard covers (often characters looking angry or moody) it's a refreshing change that The Tempest is shaking things up every issue with spoofs of bygone British comics. Last month it was a homage to Classics Illustrated. This month it's TV21 that gets the treatment. (Next issue will have a Misty / Tammy homage.)

The story itself is packed with references to old characters from comics, film, tv, and literature. It wouldn't be The League of Extraordinary Gentlemen otherwise. Most readers should spot the Captain Marvel and James Bond references, but it's possible that only me, Steve Holland, and the ghost of Denis Gifford will notice some of the others. (The Larks! Useless Eustace!) However, it doesn't matter if most people don't recognise The Purple Hood or Mark Tyme, etc. The whole comic has such a well told sense of mad fun that it carries the reader along and the main plot isn't dependent on knowing who the incidental characters are parodying. 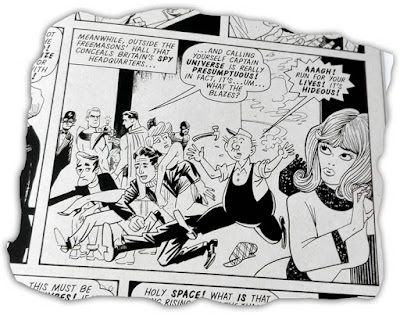 Alan Moore's scripts are still head and shoulders above those of many of his contemporaries. Others have attempted the type of story where everything in fiction is connected, but no one does it better. Kevin O'Neill's art is as superb and intricate as always. An artist who's given 100% throughout his career.

The bonus features this issue include a spotlight on the shoddy way that Frank Bellamy's Eagle art was treated by publishers, and a pin-up of Electrogirl. Sizzlin'!

If you want a top quality comic, pick up The League of Extraordinary Gentlemen: The Tempest today. 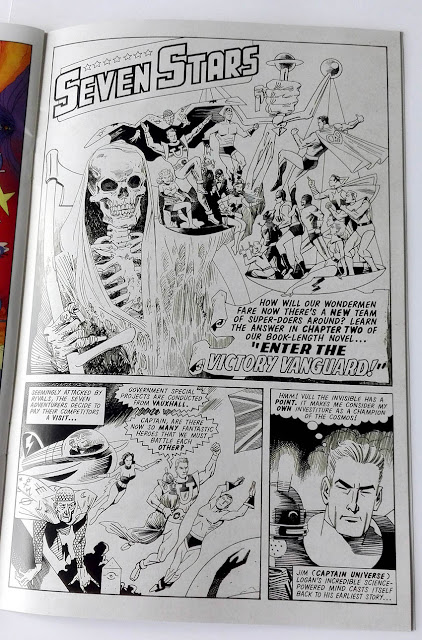 (W) Alan Moore (A/CA) Kevin O'Neill
Opening with a 1919 deathmatch between two American superhumans in the ruins of Utopia, the second issue of Alan Moore and Kevin O'Neill's final volume of the beloved comic series takes its readers on a breath-taking ride over a waterfall of storytelling styles, from a startling 21st century Lincoln Island and its current incarnation of the legendary Captain Nemo, through a New York coping with an ageing costume-hero population, to a London where a drastic escalation is commenced by the rejuvenated sociopath controlling MI5. All this, and a further reprinted adventure of 1960s super-team The Seven Stars awaits in issue two of The League of Extraordinary Gentlemen Volume IV: The Tempest. 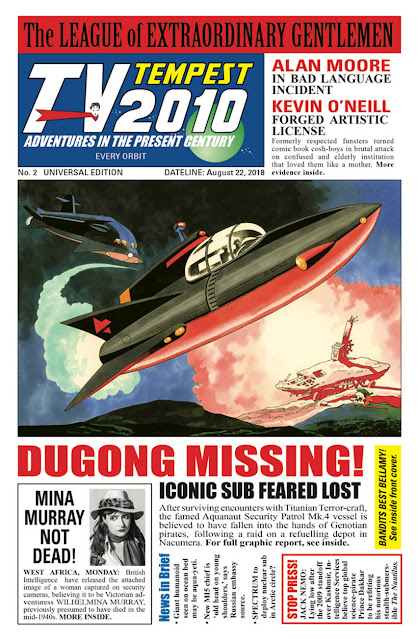 Is the comic on sale in the UK? I went to Gosh Comics in Central London today only to be told it wouldn't be released until next Wednesday, the 19th. Really want to get my hands on this and I appreciate the preview afforded by this post in the meantime. Thanks!

The solicitations said the 12th but some comics are sometimes delayed a week coming into the UK so maybe it's next week for us then. It's all printed and ready though, as you can see, so I don't know why there'd be any delay.

A similar thing happened with #1, I went to two comic shops to only find it wasn’t out here that week, only in America. Although a few shops did have copies according to images I saw on Twitter.
Again a similar thing happened with previous LOEG comics. I think it may have something to do with it being co-published by Top Shelf and Knockabout. Maybe Knockabout ship copies in themselves or via Turnabout rather than use Diamond. Turnabout do distribute Knockabout titles I believe.

It's due to a delay by Diamond. It's out in the USA but won't be distributed to UK comic shops until the 19th.

Presumably that's George & Lynne between a Lark & Eustace, judging by the nudity.

I don't think it's George and Lynne. As they're all Mirror characters it's possibly Jane and... Buck Ryan?