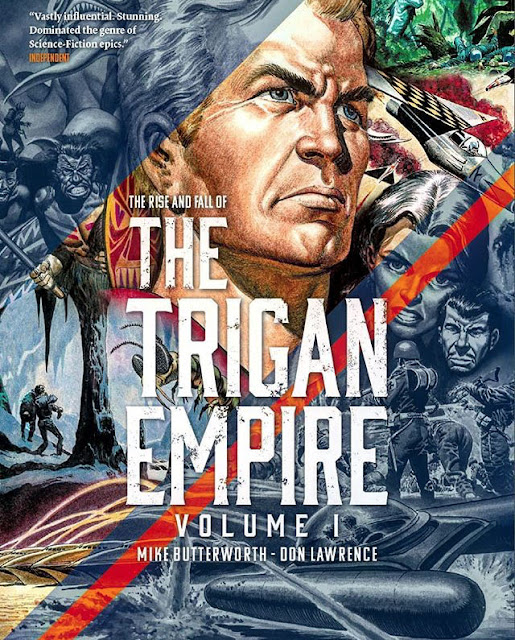 A few years ago it seemed very unlikely that many classic British comic strips would ever be reprinted again but thanks to Rebellion's acquisition of the old Odhams / Fleetway / IPC archives there are now collections issued on a monthly basis.

Two more books have recently been announced and this time Rebellion are delving even further into the archives. On 25th July we can look forward to Roy of the Rovers: The Best of the 1950s, reprinting the earliest strips from Tiger starting with issue No.1. (Specifically the book covers issues dated 11th September 1954 to 21st May 1955 and 20th August 1955 to 11th February 1956 inclusive so there's a lot of episodes here!) 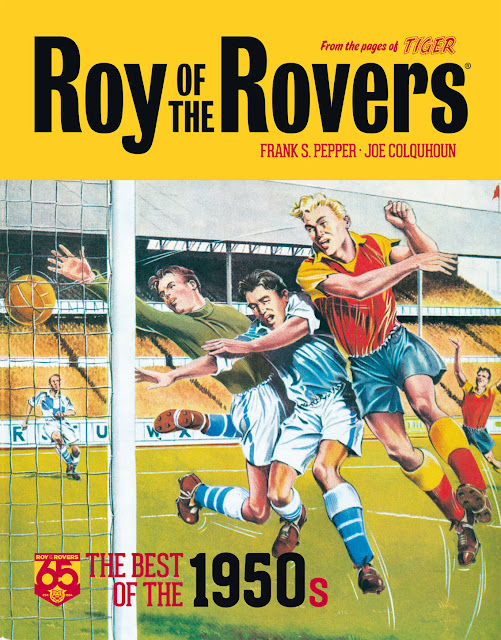 A highlight for 2020 will be The Rise and Fall of The Trigan Empire, - just announced exclusively on The Hollywood Reporter website:
https://www.hollywoodreporter.com/heat-vision/trigan-empire-comic-book-be-reissued-1211893

Written by Mike Butterworth and illustrated by Don Lawrence, The Rise and Fall of the Trigan Empire began in Ranger magazine in 1965, transferred over to Look and Learn when the two magazines merged in 1966, and continued until 1982 (the later years drawn by other artists). Some chapters of the strip have already been reprinted several times; abridged and edited in a couple of books in the 1970s, in Vulcan weekly in the 1970s, a book compiled by Mike Higgs for Hawk Books in 1989, and most recently in 12 expensive hardbacks by The Book Palace. The new collections promise to be more affordable. The first 304 page volume goes on sale in March 2020.

More info on these books soon!

Email ThisBlogThis!Share to TwitterShare to FacebookShare to Pinterest
Labels: Roy of the Rovers, Treasury of British Comics, Trigan Empire

At 300 pages a book, that's nearly three years per volume. So six books to cover the lot. Could be done! Would take a few years though if they issue one every year or every other year.

Still hanging in there for Zarga, though :-)

Wow,I didn't think I would ever see the trigan empire reprinted.