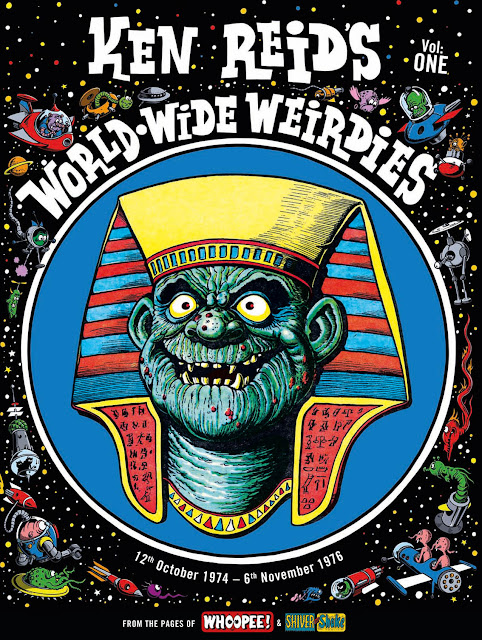 In just two week's time, Rebellion will publish their latest Ken Reid collection, and it's a real winner! World Wide Weirdies collects the first two years of full page illustrations that Ken drew for Shiver and Shake and Whoopee! back in the mid-1970s, and they're all reproduced in full colour as in the original comics.

The "weirdies" were mostly from ideas sent in by the readers and it's clear that Ken must have relished drawing them. These detailed, comic-horror images are easily on a par with his 1960s work for Odhams. In other words, some of the best work of his career! You owe it to yourselves to treat yourselves for Christmas or ask someone to buy you this book as a present. It deserves a place on the bookshelves of everyone who enjoys great artwork!

Hopefully Rebellion will bring us more Ken Reid classics in the years to come. There's still quite a lot to choose from; Sub and the other football strips from Scorcher, Banger and Masher from Valiant, Tom Horror's World from Whoopee! and of course more Faceache from Buster! (Personally I think Banger and Masher is a good one but it doesn't seem to be a strip that most people remember.)

Plus it would be great if D.C. Thomson would publish a Jonah collection!

Anyway, enough waffle from me. Here's the Press Release from Rebellion, along with a few sample pages I'm able to show you...

Glorious grotesques from around the globe! Beautiful and bizarre illustration collection from the legendary British cartoonist (ir)responsible for Faceache released to coincide with the holidays! World Wide Weirdies collects the almost weekly run of Reid's beautifully bizarre illustrations from IPC's Whoopee! and Shiver and Shake. Usually displayed in color on the back cover, they are among the most striking images to have appeared in British comics!
Available in print from: book stores, Amazon, and UK comic book stores via Diamond. 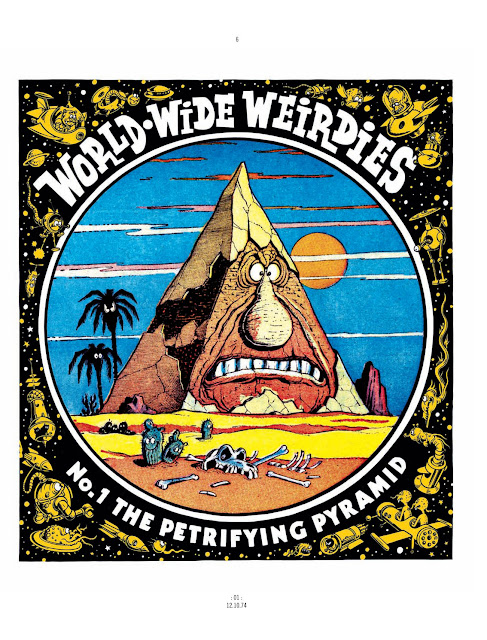 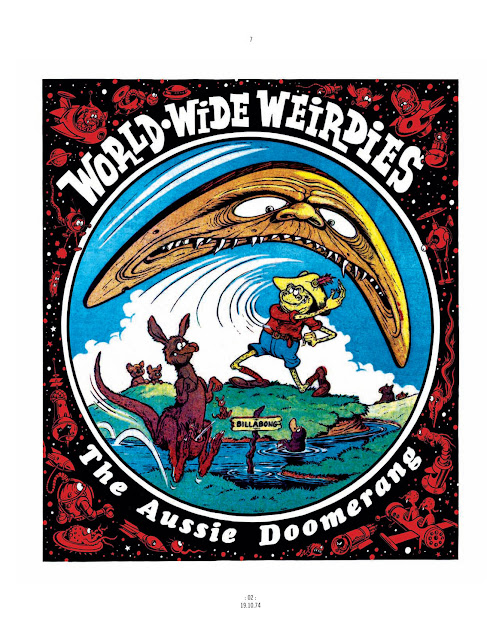 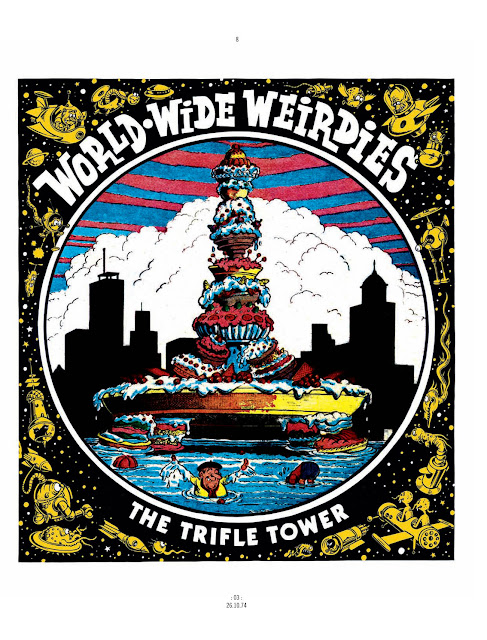 I will be buying this when it comes out! There will be my detailed article on WWWs in one (or maybe two) of the issues of Comic Scene UK by the end of the year :)

from what I've seen of it, Banger and Masher was good but I found it.. to more be a good example of something which was a common theme and didn't have too much of a 'twist' on it. Nothing to really make it stand out, which might be why there isn't many people that remember it..

Here is something I have NO clue who has the rights for and hasn't seen the light of day for some time I believe.. some of Ken Reid's earlier work, Fudge the Elf. his work from about 30 years before Odhams..

I'm not sure but I think Ken's estate owns the rights to Fudge the Elf. A couple of books were reprinted in the 1970s but nothing since. Beautiful black and white artwork and painted colour covers. It does deserve reprinting again although it's firmly a children's book and perhaps looks somewhat dated today. Perhaps doing it P.O.V. (Print On Demand) would be the best route.

I'll look forward to it, Irmantas! I won't have time to contribute any more articles for Comic Scene until the New Year but I always enjoy your articles.