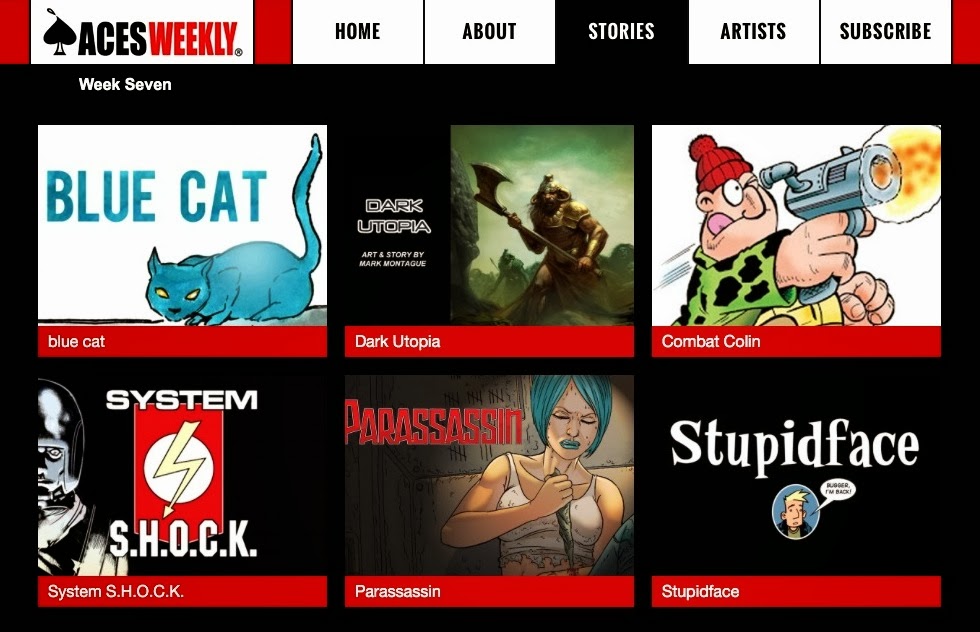 There's a certain school of thought that would have us believe that digital comics 'don't count' as proper comics because they don't exist in a physical form. I'm not entirely unsympathetic to that notion because reading comics on a screen after being accustomed to having them in paper form all my life does take a bit of getting used to.

That said, the main point of a comic is to convey a story in sequential words and drawings, page by page, and that remains the same whether the format is paper or digital. One of the valid arguments against digital comics was that you couldn't relax to read them in the same way you would a printed comic because they were on a bulky PC or laptop. However, advances in recent years now mean that an iPad mini (or similar device) is lighter (and smaller) than an average graphic novel. Although admittedly you don't have to recharge a book after you've read it.

The big advantages for digital comics is that they're a more direct and potentially cheaper way for readers to access the stories, and the comics don't have to compromise to suit the whims of retail chains or licensing companies. One such title is Aces Weekly, published by David Lloyd (artist of V for Vendetta, creator of Kickback). Each digital issue contains six different stories by various creators, plus extras that can include preliminary art and suchlike. The comic runs for volumes of seven issues, with each volume costing a mere £6.99. Yes, just a pound an issue. There's no way a full colour print edition could compete with that price. And you don't even have to leave the house to buy it.

Launched in 2012, Aces Weekly has now been running for 8 volumes of 7 issues each. Over those 56 issues it has featured work by top professional creators such as David Lloyd, John McCrea, Mark Wheatley, Herb Trimpe, David Hitchcock, Yishan Li, David Leach, Steve Bissette and many more. Small wonder that it recently won the Pipedream Comics poll for Best Digital Comic.

In the latest issue, Vol.8 No.7, my Combat Colin character makes his return in an all-new three page full colour strip that I created exclusively for Aces Weekly. Semi-Automatic Steve co-stars, along with the Giggly Sisters. The story begins where many British strips have ended, - with a slap-up feed, - but danger and daftness is just around the corner thanks to the return of Professor Madprof, the Mad Professor, one of Combat Colin's oldest enemies! 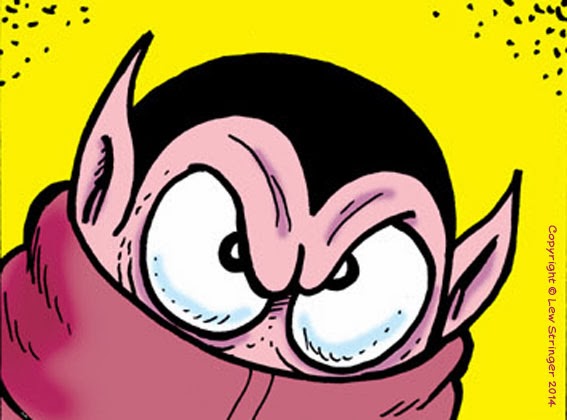 As some of you will know, Combat Colin was a strip I did for Marvel UK's Action Force and Transformers comics back in the late 1980s. When Marvel returned the rights to me I produced a handful of self-published comics such as Yampy Tales in the 1990s reprinting several of the strips. Combat Colin also guest starred in some episodes of the new Brickman series that ran in Image's Elephantmen comic a few years ago. A brand new Combat Colin story appeared in Aces Weekly Vol.1 No.1 in 2012, and publisher David Lloyd has been asking me to contribute another for some time now. I wasn't really ready to return to combat mode due to time and other factors but now I have, and I thoroughly enjoyed producing a new adventure for the bobble-hatted buffoon.

To find out more about Aces Weekly and to subscribe to each volume, visit the official website here: http://www.acesweekly.co.uk/home

What about when digital comics don't even work Lew? The Beano app is down today. :-(

Admittedly there are sometimes glitches with digital apps but they usually soon get sorted out.

Yes, I've recently been won over to digital comics after being sceptical. I've got some downloaded Marvel graphic novels, my nearest Forbidden Planet shop is well out of my way so getting them this way is so easy and often online they are cheaper. They also look fine on a tablet so no problem there. But how long will a digital product last for, that's the question - for all we know they might degrade and vanish after a few years or so.

That's a good question Colin! Even if you download them to a disc or flash drive those devices aren't infallible. I've had memory sticks suddenly stop working before.

Chances are though that you can always make back-ups, and transfer them to any new format that comes out.

The main point about digital comics though is that it's highly unlikely something like Aces Weekly would exist otherwise. Print and distribution costs would just be too high to make it feasible without the backing of a major publisher. And such a publisher would want to impose their own conditions, taking copyright of the characters, or limiting it to only using high profile creators.

The beauty of Aces Weekly is that all the creators keep the rights to their strips, and we pretty much have freedom to do what we please (within common sense reason of course for an all-ages comic). This is something that David Lloyd has always been passionate about, - as you might expect from the artist of V for Vendetta. It's earned him a lot of respect from creators.

I love the bobble-hatted hero! He's one of the reasons that tipped me over into giving Aces a try in the first place. Glad I did, I'm still subscribed.

With regards to digital vs paper. I love the tactile exprience of holding things, but you just can't beat the value of digital. I don't like the digital rights management of DC and marvel. However image happily sells their comics in PDF, epub etc. I hope otehrs foolow their lead.

Good to know you're a subscriber, Tiniebras! I hope I can contribute another Combat Colin strip in the near future.

The other benefit of digital is that the colours look exactly as intended. I've found that sometimes they can be a bit lighter in print than they are on screen.

I've been with Aces Weekly from the beginning and I love its format which allows creators to experiment with the digital platform & offer a new way to read comics e.g. Return of the Human & The Phoenix. Of course, the funny strips are always a hoot & it was great to see the return of Combat Colin, hilarious!!Good to see you back with the blog Lew!!!

Thanks Richard. I also have another blog, just about my own work, which has been running for nearly a year now:
http://lewstringercomics.blogspot.co.uk/

Hi Lew,
Is there any way we can read on line or download the original Combat Colin strips? I have the old Transformer comics but it would be fantastic to have them all together, especially the Action Force ones which I've never seen.

I was just wondering if there is anywhere to go to see all of the old Combat Colin strips or if there are any plans to publish them again?

I have all of the old Transformer comics but I'd love to see them all together again. Especially the ones from Action Force as I've never seen those ones.

I was wondering if there is anywhere to go to read all of the original Combat Colin strips or if they will be published again? I have all of the old Transformers but it would be great if they were all collected together? Especially the Action Force ones which I have never seen.

You'll find a few on my other blog:

I intend to publish a collection one day, when I find the time to put it together. I just hope some pirate doesn't beat me to it!

I hope you do, it would be very, very popular with the old Transformers UK fans! And don't forget Robo Capers too! Absolute classics!

P.s. I didn't think my comments worked at first that's why I kept asking the same thing! Sorry!

No problem. There should gave been an auto message appear after you posted it to let you know that all messages await moderation. (I have some problems with an obsessive troll who posts insults under various guises you see, so I don't let his comments through.)

Marvel still own the rights to Robo Capers I think, so I can't do a book on those unfortunately.