The Parlett brothers in 1939 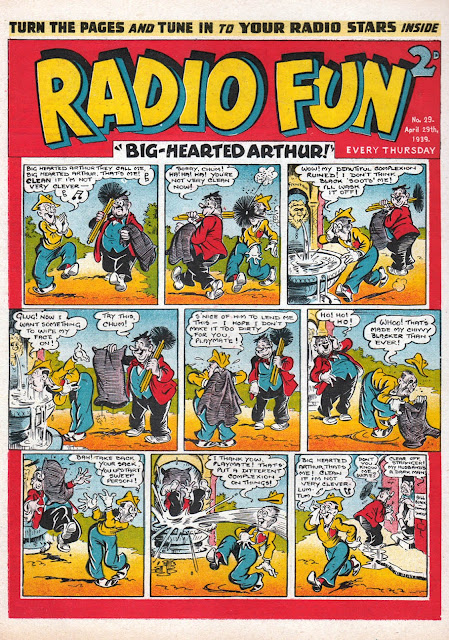 Reg Parlett and his brother George both followed in the footsteps of their father, Harry, to work as artists in the UK comics business. The Parletts were very prolific and as most of you know, Reg Parlett was still drawing for Buster in his 80s. Here's some of their earlier work, starting with the cover of Radio Fun No.29 (April 29th 1939) by Reg Parlett.

Inside that same issue, Reg also drew the Revnell and West strip... 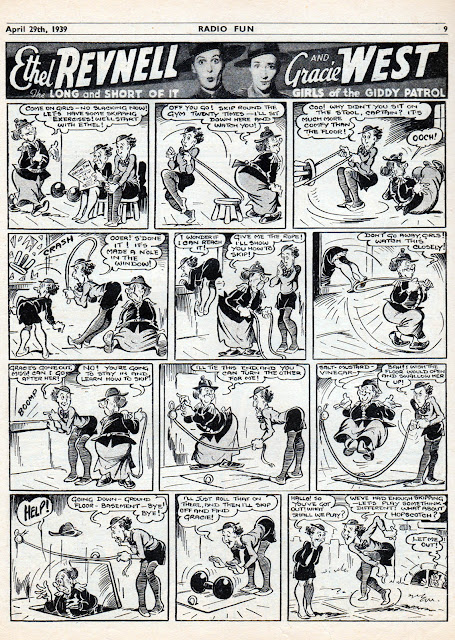 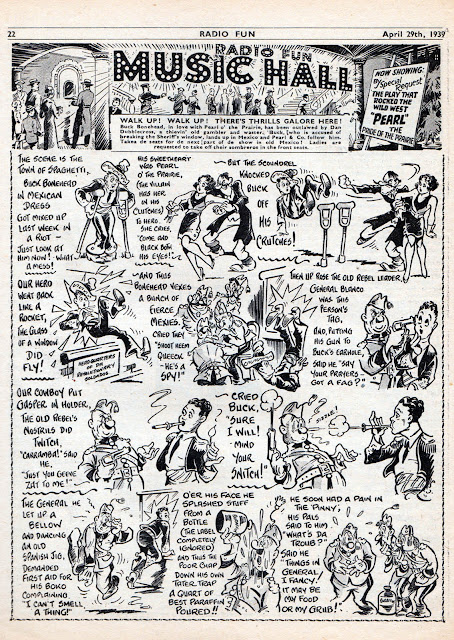 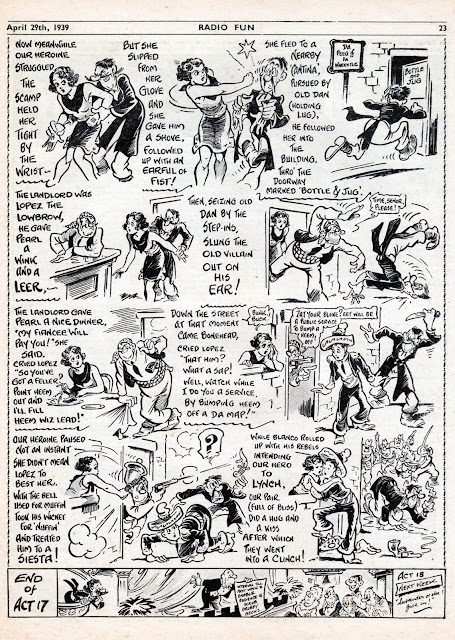 I've shown a lot of the Parlett brothers' work here before of course, but you can never have too much of a good thing. The fluidity of their brushwork and the liveliness of their characters made each page a joy to behold. Two fantastic cartoonists who brought smiles to countless readers over the decades.
Posted by Lew Stringer at 23:53

I agree I love there work..

Amazing cartooning by both Reg and George (very simialr styles) I wasnt aware the Parletts were comic "dynasty". I always enjoy reading the strips from "Radio Fun" that you show here - you can see why it was such a succesful comic in its day - a class act (thanks for showing these Lew)

Thanks Paul. Posts about pre-1960 comics always receive less hits and comments but I think it's important to remind comic fans about the history of UK comics. I have about 90 ito 100 ssues of Radio Fun and I think it had some good material worth showing.

Your collection is incredible Lew.
Do you by any chance have any comics that were published during the Second World War? My school, as do many others across the country, teaches about the outbreak of World War II and it's effects on children - The evacuations etc. It would be lovely to have a few pages of comics from this actual era that I could print out and use in displays etc. Most of the educational aids aimed at us teachers all consist of replica war posters, ration books, newspaper etc, but it would be wonderful to show children some of the comics they would have actually bought had they lived in that era.

I have a few wartime comics but not many. I've featured some on my blog. Here's one: