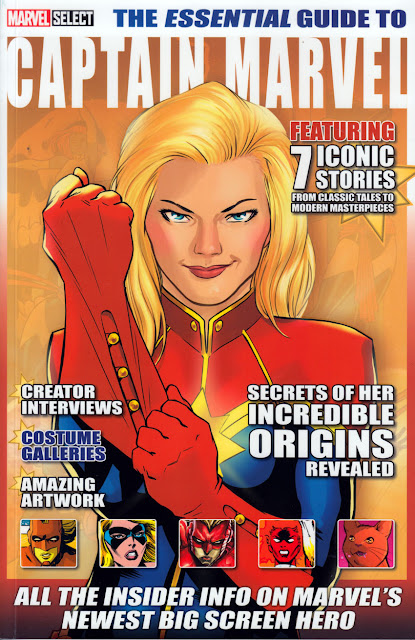 As I reported last week, Panini UK's The Mighty World of Marvel now has Captain Marvel as an ongoing strip in the comic. Now, making the most of the movie's popularity, they've also published a Captain Marvel stand-alone special comic. 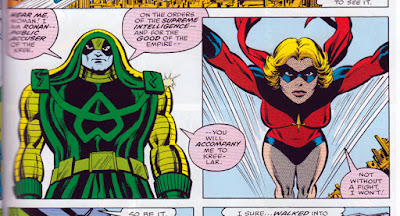 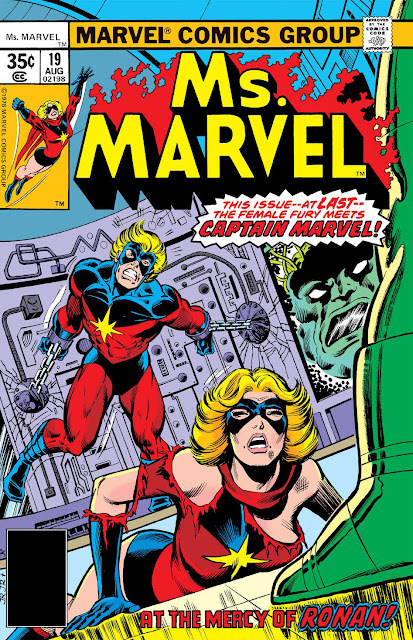 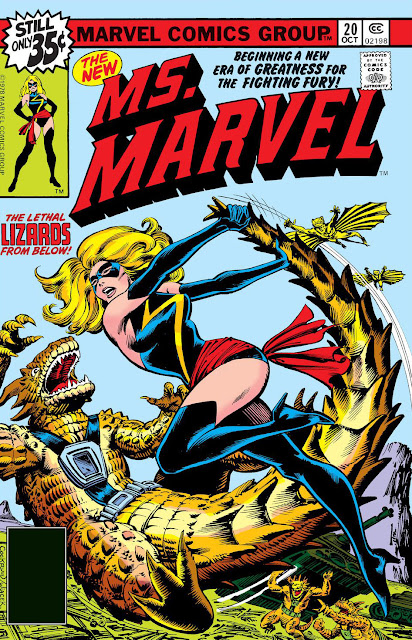 You'll find this Marvel Select special alongside the Marvel Collectors' Editions in WH Smith or your nearest comic shop.

I went to see the Captain Marvel movie today and thought it was brilliant! The cast (and cat) were spot on, and the story packs an emotional wallop. Too bad some pathetic misogynistic trolls tried to sabotage the film's chances by leaving thousands of negative reviews before it had been released, just because they can't cope with strong women, real or imaginary! Speaking as a straight white middle-aged bloke I thought the movie was terrific and if it gives women and girls a sense of empowerment then it's a job well done! 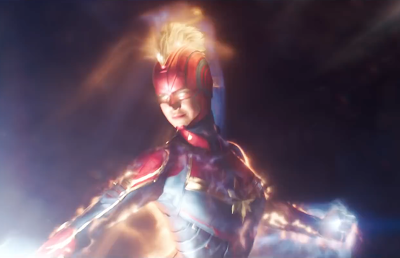 "pathetic misogynistic trolls" sorry Lew, but people who had a justified critique of Brie Larsons comments against 40+ year old white males. Her comments were derogatory, bigoted and misjudged. Those who she insulted have the right (and motivation) to respond in kind. I boycotted the movie due to this. I read some great X-Men bronze age comics instead. Great blog tho. Thanks.

I'm sorry to find you've believed the spin, Jeremy. She did NOT say derogatory comments about white males. Check the facts.

Even if she had (which she hadn't), it would not justify trolls piling on with their attacks, or "responding in kind" as you call it.

I stand by my comment. They are pathetic, mysogynistic trolls, - and they missed a very enjoyable movie by boycotting it due to them wanting to believe they'd been insulted.

Will Gompertz at the BBC didn't love it. https://www.bbc.co.uk/news/entertainment-arts-47463483

I'm prepared to, but I haven't seen it yet. Which comics elements nicely shown in this album (got it, read it) make it into the film will be interesting to see. Amnesia yes but differently, creepy mind control maybe, editing a women's magazine... perhaps next time?

The album skips Genis-Vell (I don't recall if Carol ever met him) and the alcohol issue and describes Rogue from X-Men as a deadly enemy, but I think Carol and Rogue moved past that (but that could be before "Avengers Vs X-Men" which created new grudges). And there was a business with a Carol from another universe who picked a fight with Rogue, and Carol took Carol's side... anyway.

A troll in a group I read online is desperately against the film. It seems to challenge his Christianity somehow. I suppose it's about someone coming down from the sky and saving the world, but A WOMAN (I don't think he got like this about "Green Lantern", but to be fair that was a while ago).

Trolls rarely make any sense on their arguments.

I missed the days where all you heard about a new film coming out was the advertisement followed by the release. You never got all this (pardon my French) crap around it like you do with Captain Marvel.

Though I don't agree that all objectors are trolls - people should still have the right to say what they think as long as it is logical and polite - I do think all this "stuff" (on both sides) is getting out of hand.

There used to be this old saying: "If you don't any good thing to say, say nothing at all" (or something like that).

As for me, I will do as I always do: Ignore all critics. Wait for the movie to be released on Blu-Ray and then buy it. Then I will judge if it is good or bad (though TBH, I have never watched a film with Samuel L Jackson in without enjoying it).

Glad you liked it, Lew.

Thing is, it wasn't polite, Sid. No one is saying all objectors are trolls, but people who posted insults online to the actress definitely fit that description. They went off half-cocked, believing some tale about what they thought she'd said instead of checking the facts and posted abuse and also perpetuated the lie.

No one is saying there shouldn't be constructive criticism of a film of course, but the stuff I'm referring to was just hate. The Rotten Tomatoes site had received tons of "reviews" BEFORE the film was even released, - just because those man-babies wanted to damage the film's ratings, because they didn't like a movie about a strong independent woman. Absolutely pathetic. Thankfully those "reviews" were later removed I believe, allowing a proper balance when people had actually seen it.