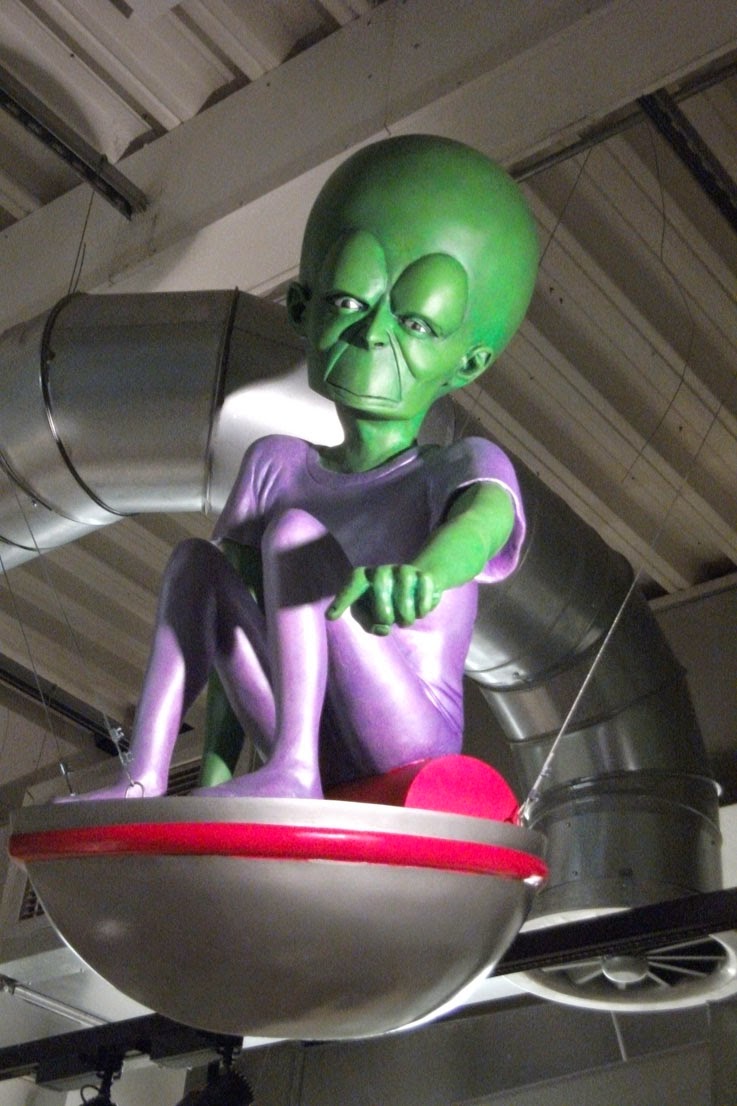 My thanks to Sara Teiger for this information and for the photographs.....

This imposing metre tall fibreglass Mekon peers down at visitors to a new local history museum in Southport.

The Mekon and his nemesis Dan Dare were of course created in the Merseyside seaside town by artist Frank Hampson.

The new permanent exhibition at The Atkinson celebrates Hampson and his work alongside other local notable figures, including Frank Hornby, the inventor of Meccano, Dinky toys and Hornby model trains. 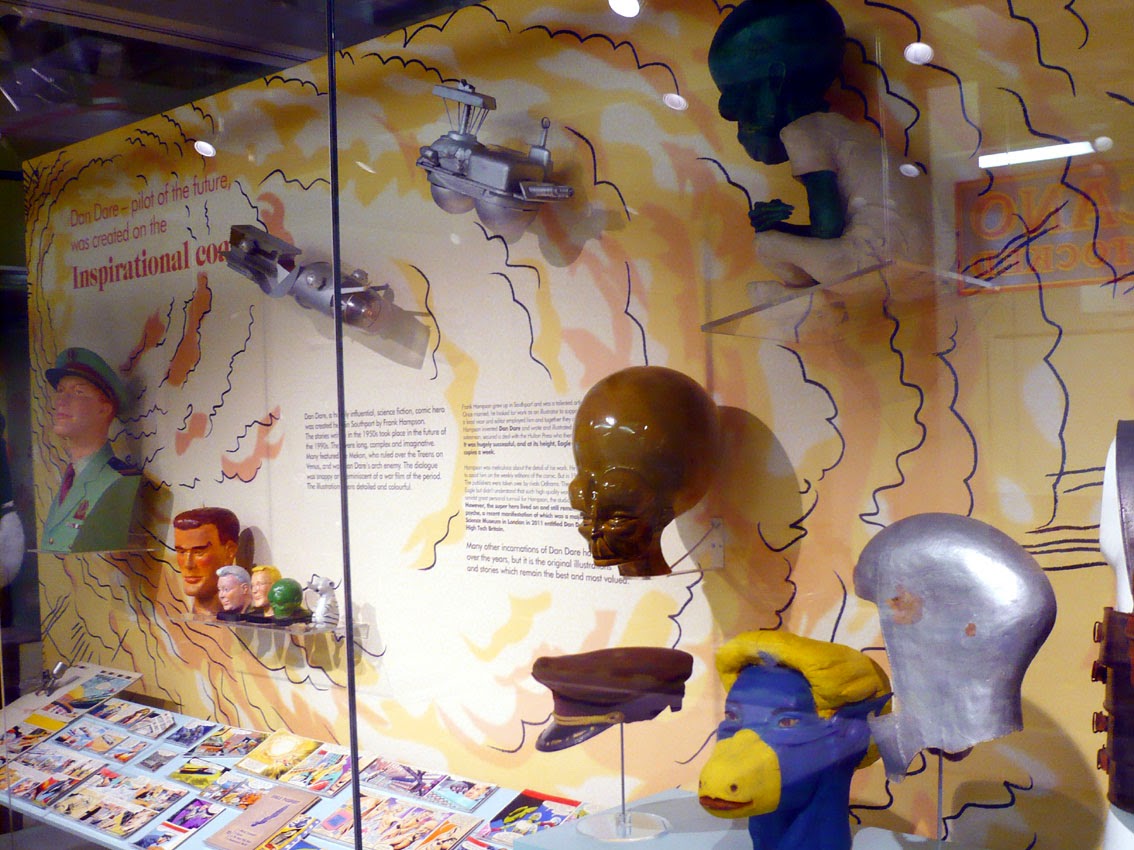 Memorabilia on display includes artists’ models of some of the main character heads, including a large colour bust of Dan Dare. The models were used by the artists when they were drawing the cartoon so that they could accurately draw the heads from all angles.  Other artists’ models on permanent loan to the museum number a space ship and a Mars space station.

Much original artwork is on show, alongside Dan Dare merchandise from the 50s and 60s and an Eagle artists’ spraygun. 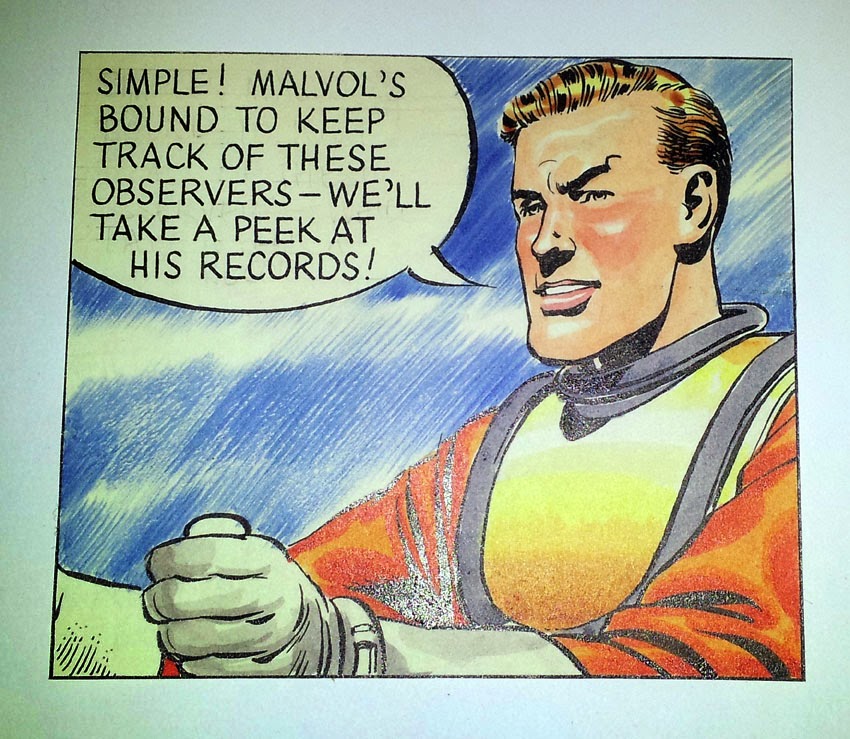 Peter Hampson, son of Frank said: “The idea to produce a new sort of comic for boys was the brain child of Marcus Morris, an Oxford-educated vicar with a parish in Southport.

“Morris deplored the influx of cheaply produced American 'horror comics' with their crude and senseless violence, and he wanted to combat their influence with a high quality strip cartoon publication, promoting wholesome, Christian values.

“But that his great idea was ever realised - and with a brilliance that must surely have exceeded his wildest expectations - was due entirely to the creative genius of Frank Hampson. My father always stated that the title, story, drawings and inventions were all his and that my mother christened the new publication Eagle.

“Production began in 1950 in a studio set up in a ramshackle old bakery in Churchtown, near Southport and my father set about assembling a team of artists: Joan Porter, Greta Tomlinson, Harold Johns, Jocelyn Thomas and Bruce Cornwell.

“My grandfather, soon known to everyone in the studio as 'pops', now retired from the police force, became a willing general helper, as well as the very recognisable model for the Controller of the Space-Fleet, Sir Hubert Guest.” 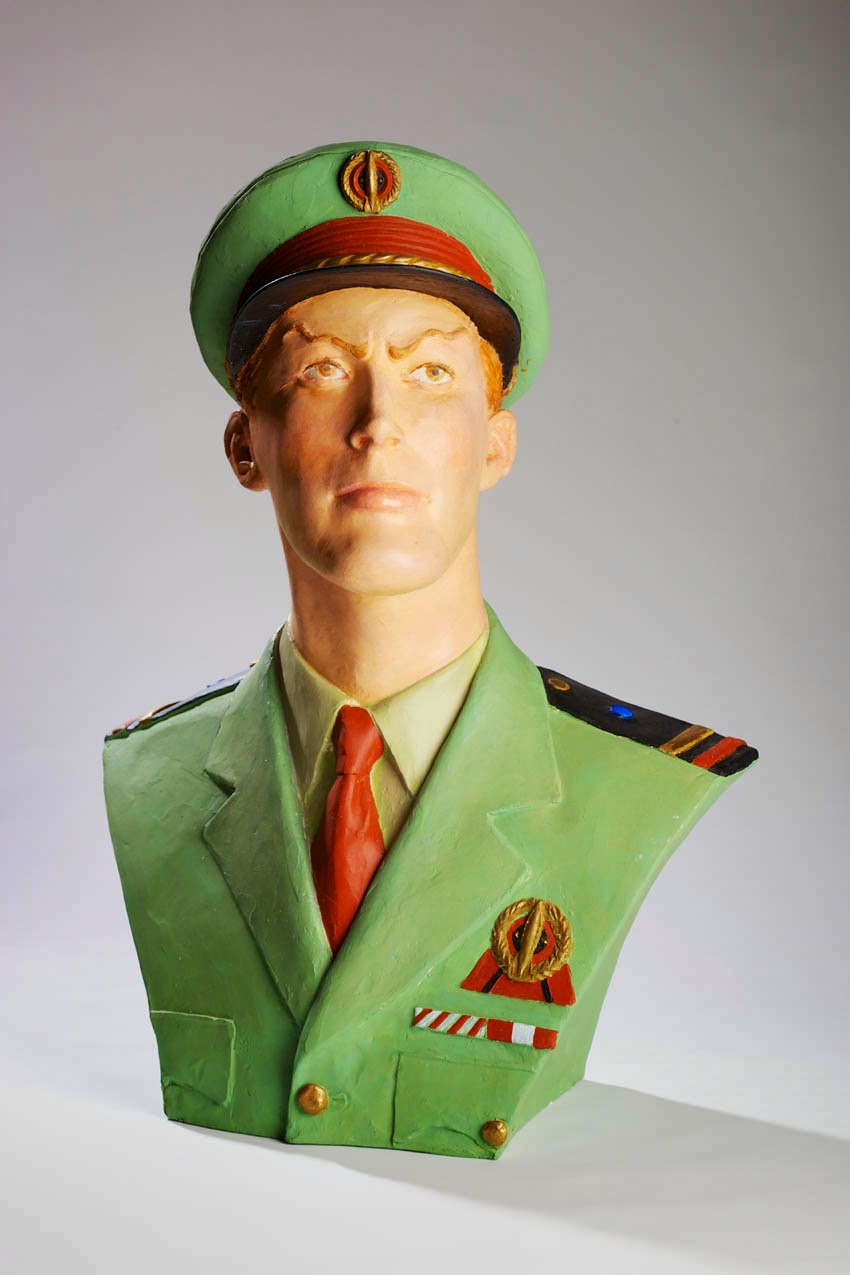 http://www.theatkinson.co.uk/
Posted by Lew Stringer at 11:53