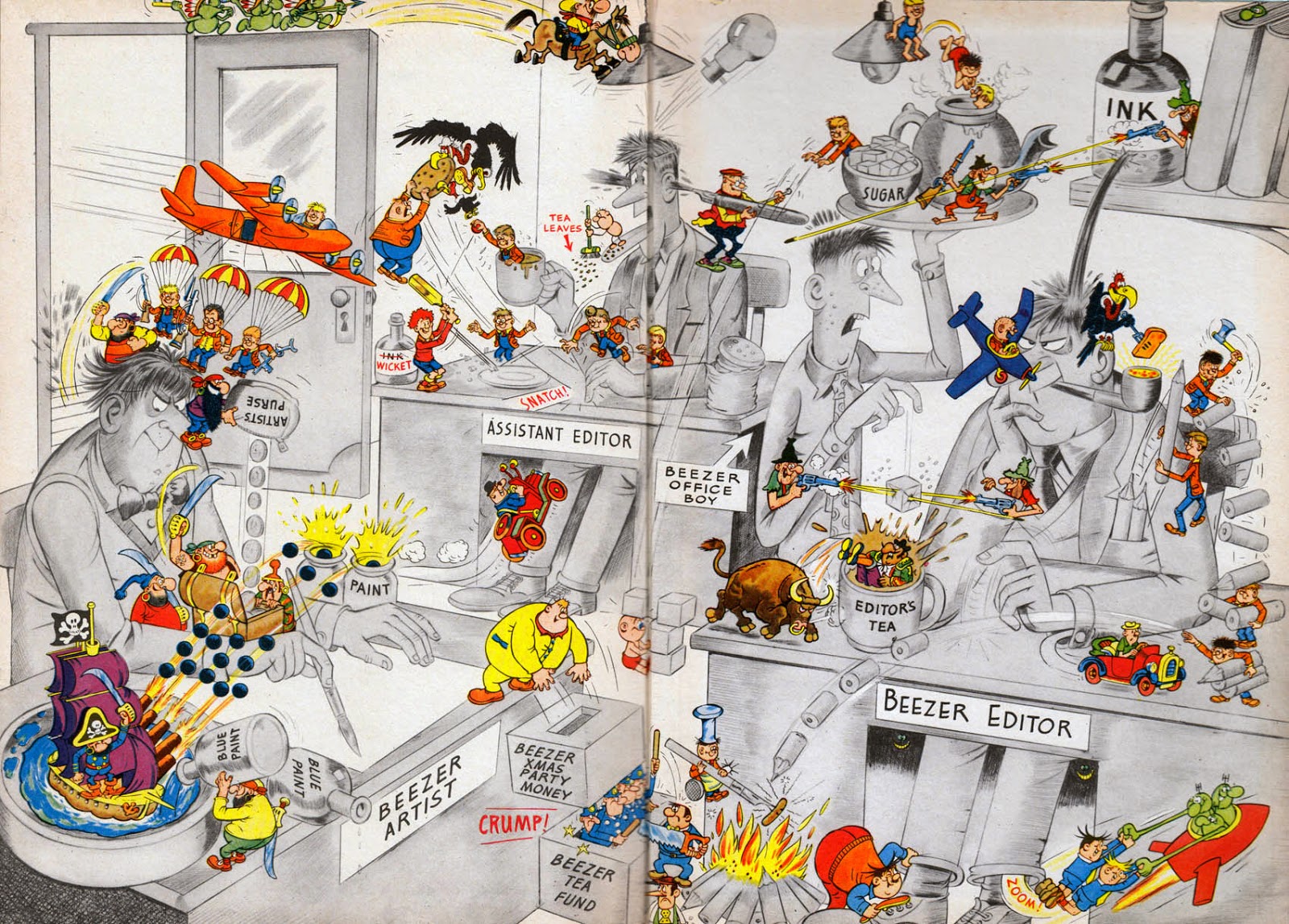 Following on from the previous post about The Banana Bunch, here are a few more pages by Leo Baxendale that appeared in the (undated) Beezer Book that was published in 1963. Above are the superb endpapers from the book, with the characters creating chaos in the Beezer office. It's interesting to see Leo's versions of other artist's characters here.

The Gobbles is an often forgotten strip that Leo drew for the weekly Beezer from 1962 to 1964. Here are the two strips that appeared in The Beezer Book published in 1963... 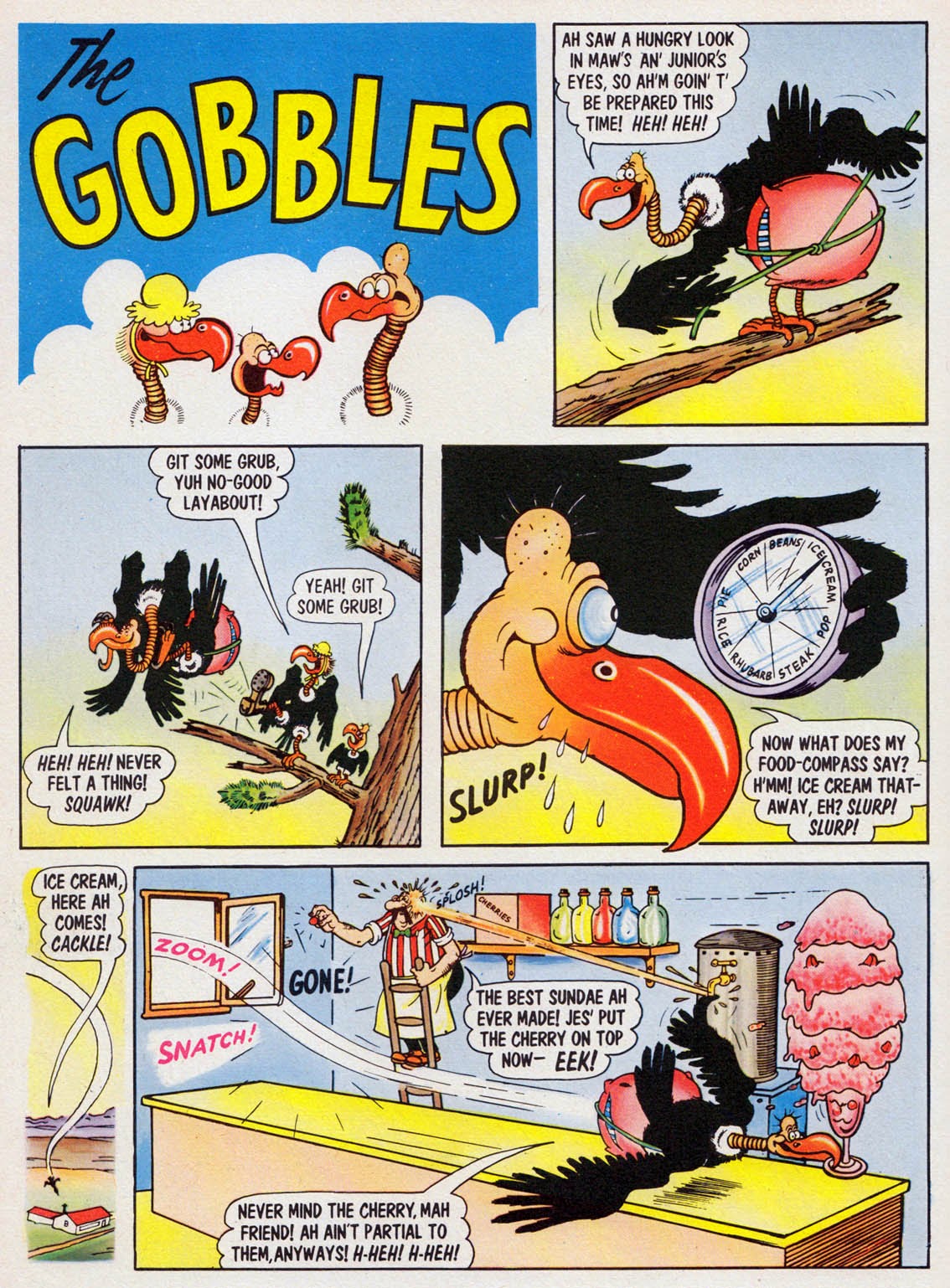 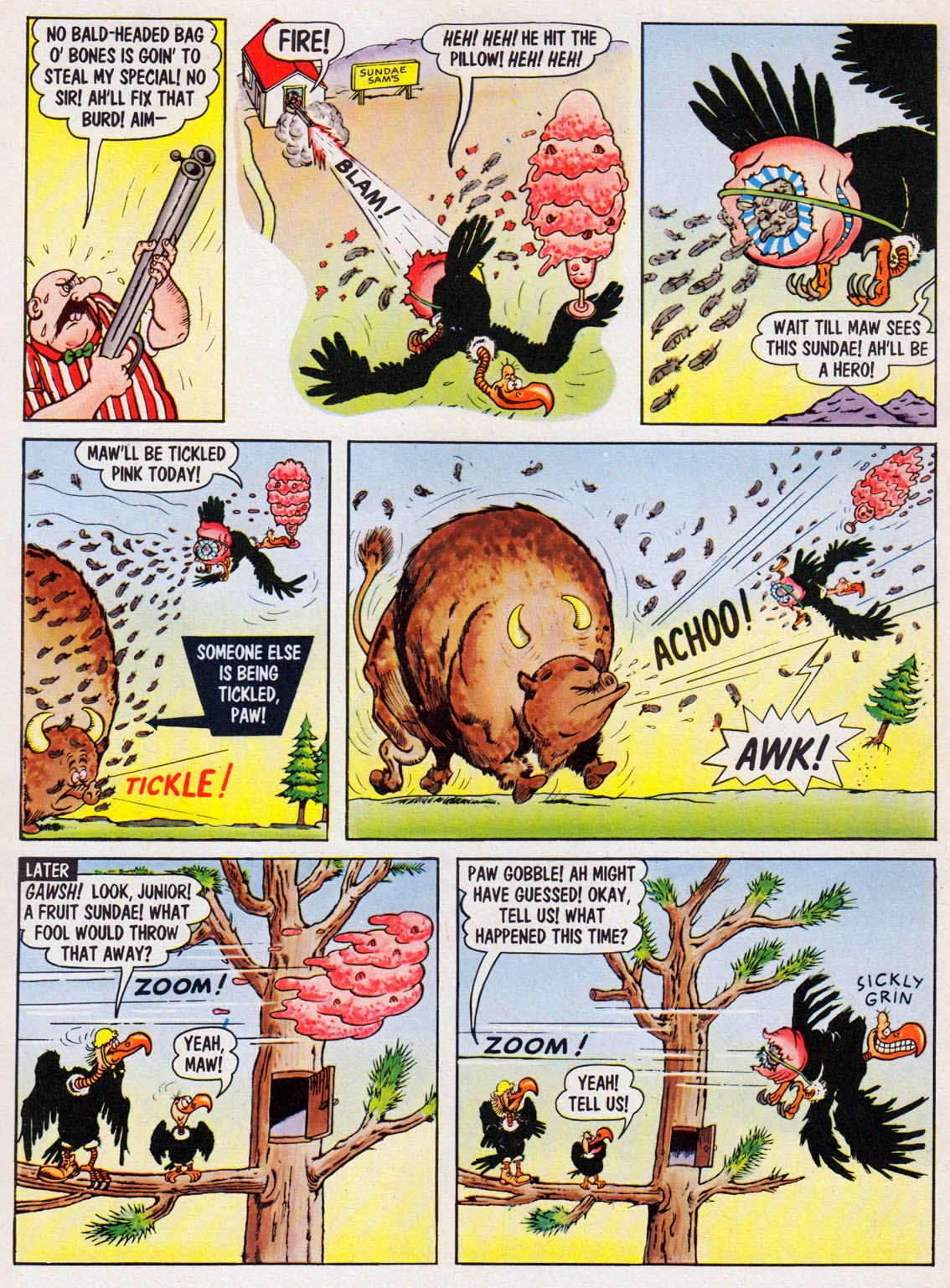 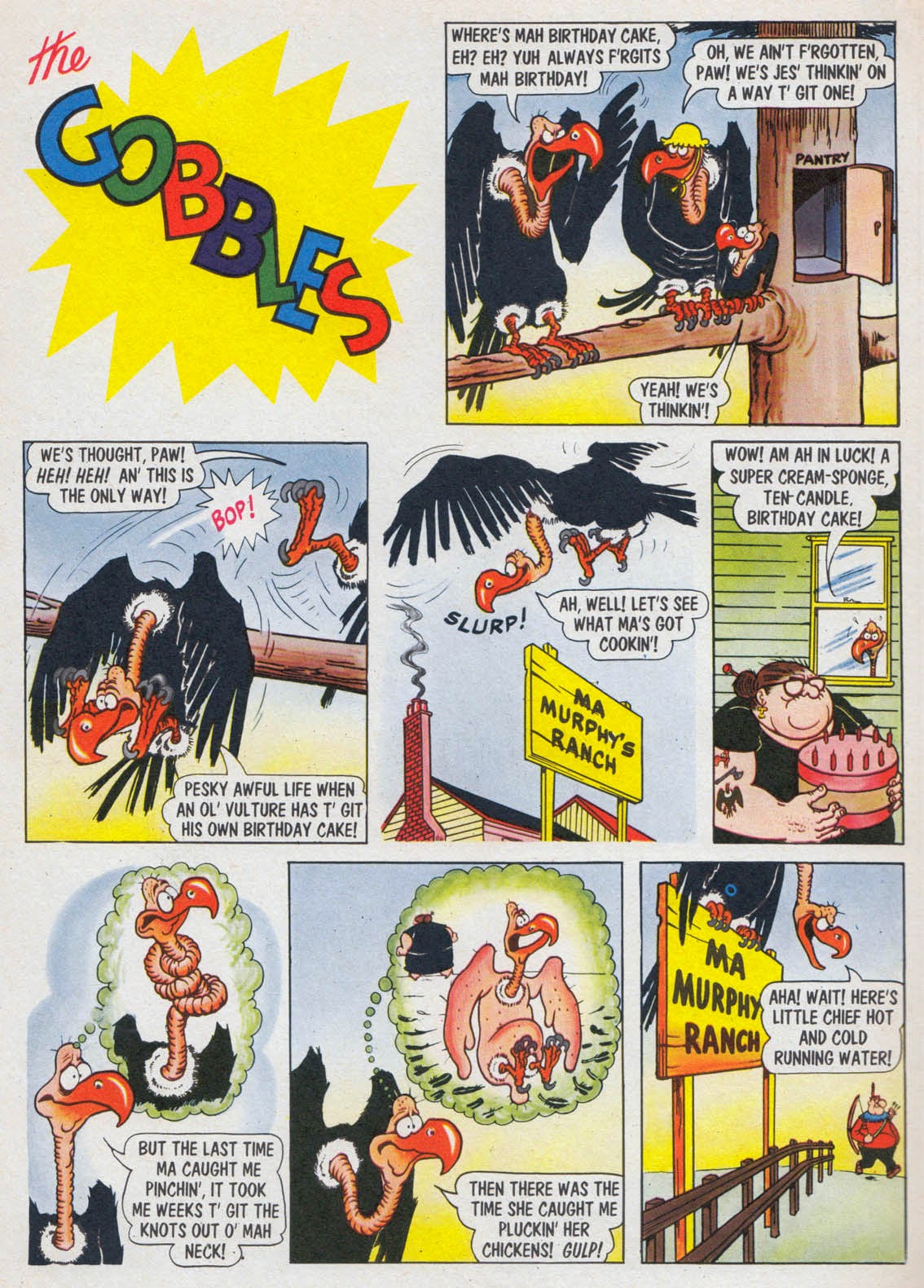 I guess that The Gobbles were just The 3 Bears as vultures (I assume the Bears came first, initially they were in Little Plum, I believe). But the design and artwork looks really good visually as does the Banana Bunch. Most of the artwork I have seen from Annuals of the 60's and 70's on your blog look pretty lame; looking somewhat rushed and the colour palettes awful. No such complaints about these, they are top quality!! Much appreciated that you uploaded them.

And you're right, I had completely forgotten about these - until I saw them agaim!

I don't remember these at all Lew...then again the Beezer wasn't seen in the same league as the Topper.....a bit like the Beano versus the Dandy.These colour pieces are very welcome though.

I always preferred Topper to Beezer too, Paddykool, and liked Dandy more than Beano. Although by the time I started reading comics (1964) Leo had already left Thomsons.

Most 60s annuals had a 'second division' of artists working on them- think TV21 or WHAM where we rarely had annual work from the Embletons or Ken Reid, and never had work by Bellamy or Baxendale. But Thomson's were unusual in that they DID have the top guys in the annuals. My first published work was in a Fleetway annual in 1981, as I valiantly struggled aboard the good ship Division Three.

That's a good point, Nigel. IPC often used the annuals to give a try out to people who had ambitions to draw for the weeklies. My first IPC job was drawing a Scooper strip for the Jackpot Annual. I'm sure fans of the original artist (Tom Paterson) must have been disappointed it wasn't him doing it.

Leo's late 1950s work was also excellent but that's rarely seen these days. Even Classics from the Comics tended to mainly reprint stuff from 1960 onwards.

We really do need an 'artists edition' of Leo Baxendale's best work, similar to those coming out now for American comic artists, with large-sized reproductions of original art. DCT ought to recognize that their back catalogue is no longer 'just for kids' but an historic collection that could be repackaged as something other than cheery nostalgia, which is how they've been presenting it up to now. I'd pay £100 for a decent Baxendale edition and I bet a lot of other people would too. Meanwhile many thanks for posting the digital version!

I dunno. From my experience a lot of UK comic fans don't like to spend a lot on comic books. Publishers should try some sort of reprint edition though.