Ads from 50 years ago 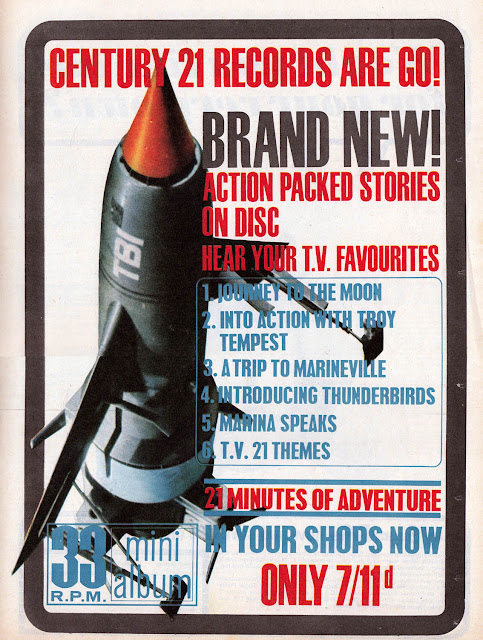 It's 50 years today since the first episode of Thunderbirds was broadcast and, yes, it certainly feels like half a century! I've already done quite a few posts on Thunderbirds on this blog over the years so today I thought I'd look at what else we as kids were thrilled about back then. Much has changed over the last five decades, yet in some ways many things stay the same, as shown by these vintage adverts from TV21 comic of 50 years ago.

Above is perhaps the first Thunderbirds-related piece of merchandise, and certainly the first appearance of a Thunderbird in TV21. It's an ad for Century 21 Records from TV21 No.41, dated 30th October 1965.

Here are a few other ads from around the last few months of 1965, when the popular things were Lego, Daleks, fireworks, and James Bond. Not much change there, although fireworks would not be advertised in comics now. Personally I think it's time for a revival of Stingray Slippers! (When I was 3 or 4 I had a similar pair with Yogi Bear heads on them! They were all the rage you know.)

As always, click on the images to see them much larger. 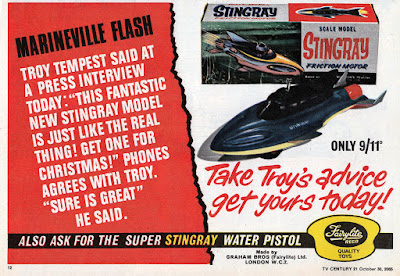 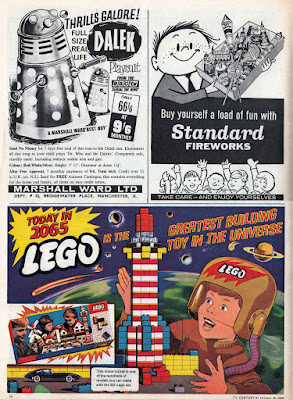 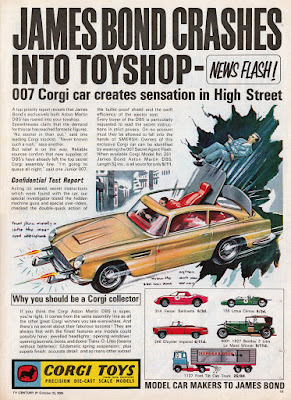 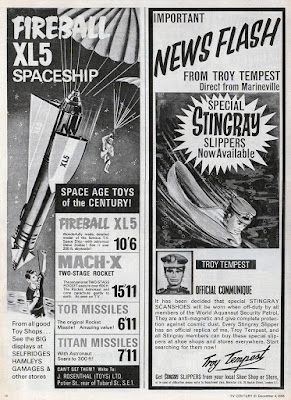 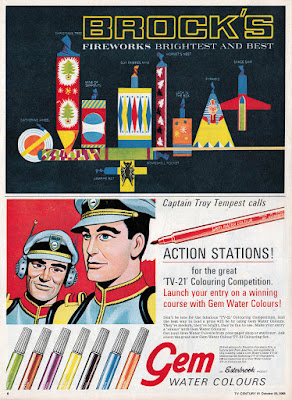 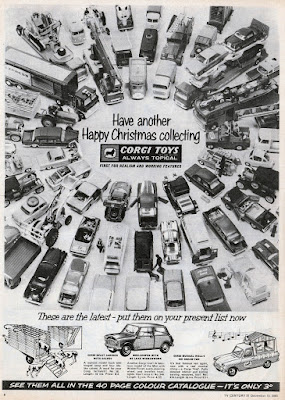 Most Doctor Who merchandise at the time referred to 'Dr Who'. It was years before fans started getting picky about it. The 'Dr Who and the Daleks' thing may have been influenced by the movie as that was released in 1965, the same year as the ads I've shown, although people referred to Doctor Who and the Daleks in the same breath before the movie, as the Daleks had proved such a major part of the success of the series.

Manic Man, go get yourself a William Hartnell serial on DVD. You'll find that Hartnell is credited as Dr. Who. I think it was changed to Doctor Who when Pertwee took over, and then The Doctor when Peter Davison took the role.

I had the Dalek suit. The skirt bad exactly the same smell as the free plastic pennant in Fantastic #1!

....and one of my very favourites was the smell when opening the pages of my brand new Beezer annuals on Xmas morning!