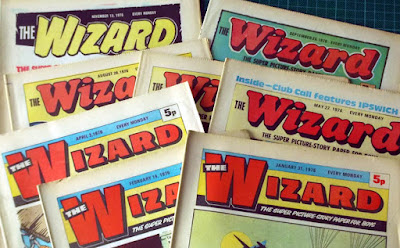 Before 2000AD exploded onto the scene, some of its greatest artists had drawn strips for rival publisher D.C. Thomson. I showed The Year of the Shark Men on this blog in a previous post (see here) and today I'd like to show a few more forgotten treasures.

All of these strips are from The Wizard in 1976. Simon Gaunt was the fictional narrator of short, self-contained supernatural stories that were mainly used as filler material in the comic. Useful, therefore, to give work to the newer generation of artists such as Carlos Ezquerra, Dave Gibbons, and Brian Bolland. Their distinctive styles and talent were evident even then, and it was inevitable they'd become three of the top comics artists in the industry.

Click on the pages to see them much larger. 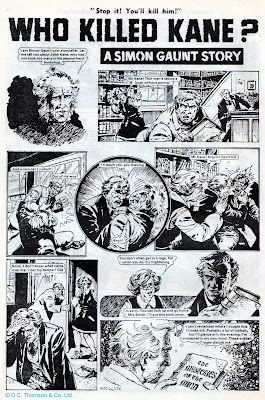 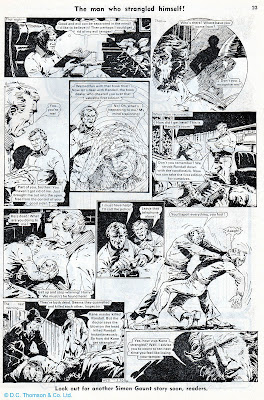 Eye of the Tiger drawn by Carlos Ezquerra, from Wizard dated February 14th 1976... 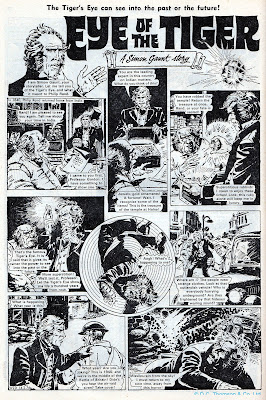 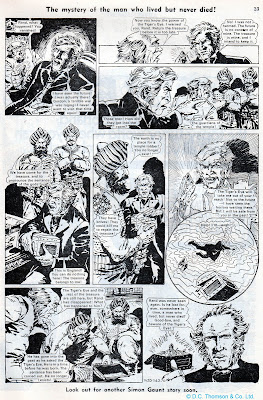 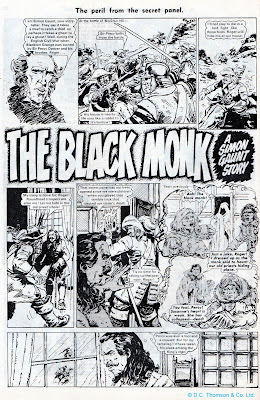 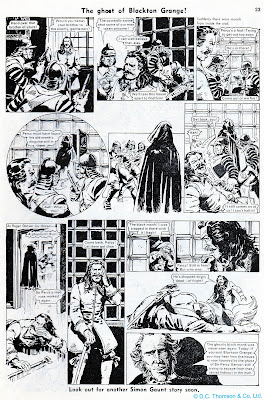 The Black Horse of Vengeance, drawn by Carlos Ezquerra, from Wizard dated May 22nd, 1976... 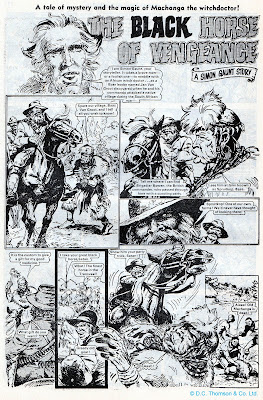 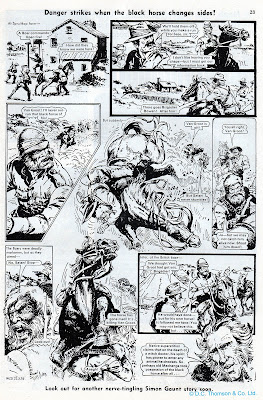 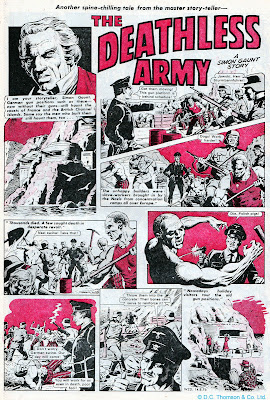 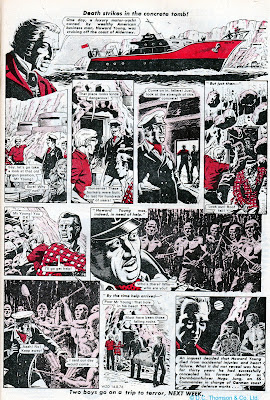 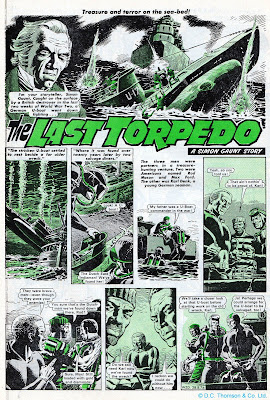 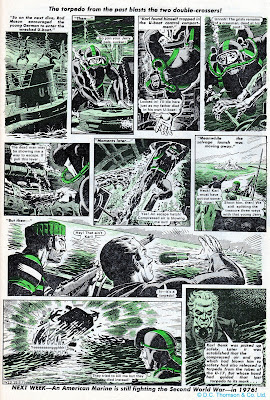 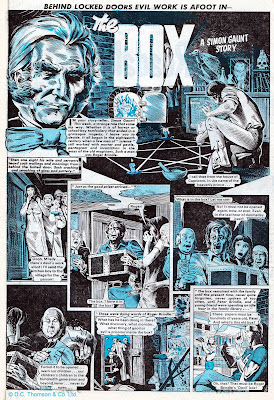 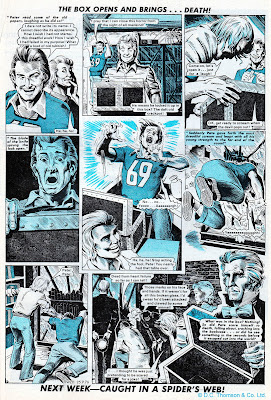 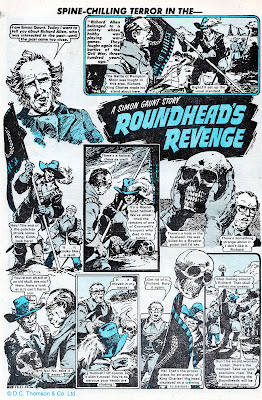 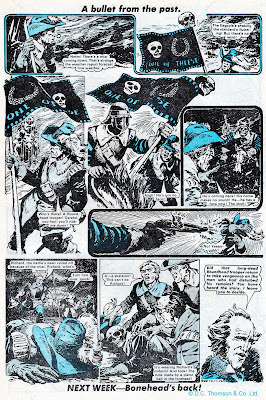 Carlos Ezquerra also drew a serial called Chained to his Sword during this period too, and I'll show some examples of that in a future post.
Posted by Lew Stringer at 22:23

There are a few more stories to add to those such as He Was Only A Private Soldier which was Carlos' first work for the Adventure comics, The Flying Tripehound which Dave did for a few months and there are a few other to dig out but it is a bit late to dig them out tonight. ;-)

Yes, I've heard of those but haven't seen them. I only have Wizard comics from 1976. I'm afraid I was never a big fan of the Thomson adventure comics prior to Crunch, Buddy, and Spike.

Great post, Lew. Having been utterly seduced by Marvel and DC at the time and with limited income in the mid-70s(paper rounds did not earn the big bucks),I practically gave up on British comics until I was 18 and a student. It was 2000 A.D that brought me back of course !

for some reason, Wizard always seamed like a football one to me.. probably cause the merger of the original comic into rover which always came off as more sporty to me...

also always thought something was up with wizard... started 1922, merged into Rover and Wizard in 1963, when that was Renamed back to Rover for the new Wizard to start.. not often they decide to create a new comic by 'unmerging' so to speak, more then a new name.

anyway.. good artwork.. I might make comment about Gaunts appearance but that's mostly minor changes so it's clearly the same character but with different styles (personally, I have seen artists who draw a completely DIFFERENT character, not just style changes.. annoying at times that.) Good work by good artists.

Seeing this has made me think: is Dave Gibbons the only artist to work for DC Thompson, IPC Magazines (2000AD), Marvel UK, Marvel and DC? It seems he's managed to cover all of the main, traditional, UK and US publishers.

Hmm... Possibly, Cole. Although I'm wondering if Sean Phillips may fit the bill too.

Manic, when Wizard was revived in 1970 it featured a 13 page football section (perhaps to compete with rival comic Scorcher) so that might explain why you thought of it as a football comic perhaps?

John, a kind of similar story with me. I gave up on most UK comics when I left school in 1975 and didn't pick them up again until 1980 when I'd decided to revive my ambition to be a cartoonist. I had Action, Vulcan, and 2000AD during my hiatus, and all the Marvel UK weeklies, but I wasn't interested in the DC Thomson output at that time. I bought a complete year's run on Wizard on eBay a while ago. I must say, I found the scripts uninspiring.

Lew, I am struggling to think what work Sean did for D C Thomson.

Sean worked on some of the girls' comics, as did Paul Grist. I've shown some of Paul's Nikki covers here in the past. I'll show some of Sean's work in the future, if I have any.