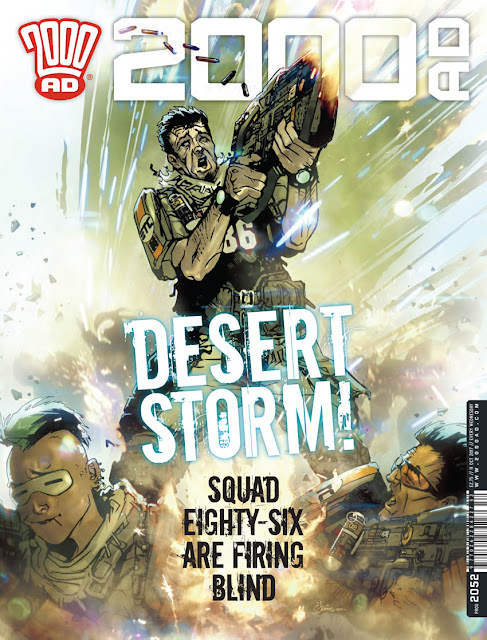 Here's a quick preview of a couple of pages from the next issue of 2000AD (Prog 2052) out this Wednesday! 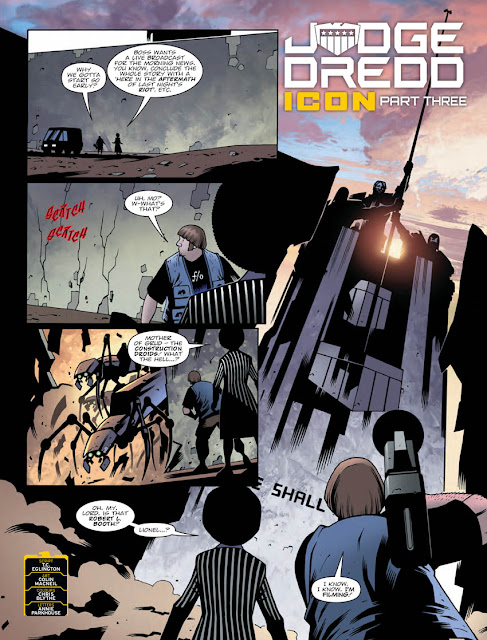 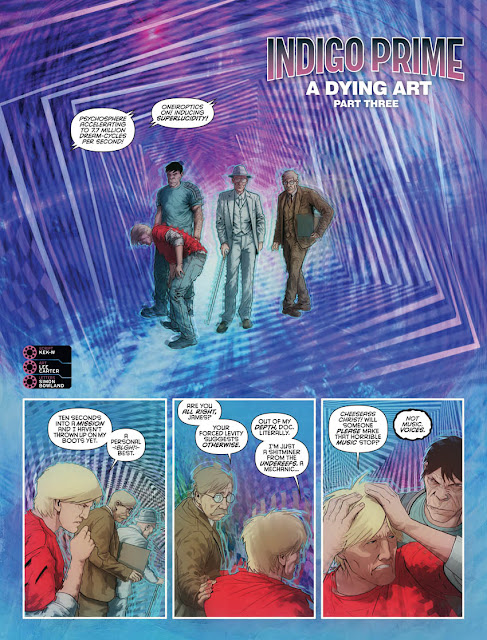 Thanks for the update, Lew. I'm a keen reader of 2000AD still, and likely always will be as the quality keeps going through the roof in all aspects. Just out of interest, has it always been that people only rarely comment on your 2000AD updates? I would have thought as it's one of the very few non-nursery titles still going, there would be more interest on a site like this, but the only posts about the likes old Leo Baxendale strips and Valiant seems to elicit much interest from your readers.


I enjoy all of your content, but I wonder what it bodes for the future of UK comics if the readers of what I assume is the most frequented UK-focused comics blog have little interest in discussing our remaining published comics. Of course I can talk, being generally a lurker rather than a poster, and presumably the next generation of comics readers are on social media rather than blogs sites. Your thoughts?

I think most 2000AD fans tend to post on 2000AD's own forum if they have anything to say. As for comments in general, yes, they seem fewer than they used to be but that's probably a sign of the times. Most people seem to prefer to comment on Facebook or Twitter as it's easier.

I said before - since these previews got me buying the magazine, I generally don't look at the previews, both to save the "thrill-power" from when I get the actual magazine, and to avoid getting confused about which one I'm going to buy - at the weekend, which usually means looking for the preview before last. (If I had mobile internet, I could look up here to check from W. H. Smith. Or from outside.)