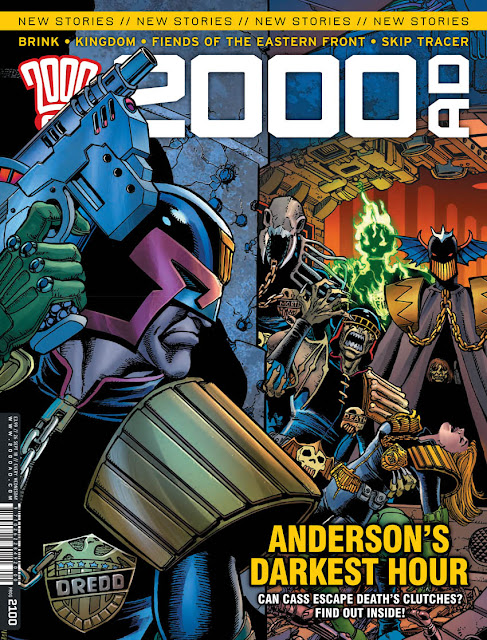 2000AD reaches issue 2100 this coming Wednesday. A fantastic achievement for any comic! 2000AD is the only surviving British adventure weekly comic from the 1970s, although other comics such as Viz (published every five weeks) and Doctor Who Magazine (began as a weekly, went monthly) have been around since 1979.

In celebration of this milestone, Prog 2100 will have more pages for this week, and more stories, and is the ideal jumping-on point with an all-new line up, - plus a cover by American comics megastar George Perez! Here's the info, with a preview of some of the strips... 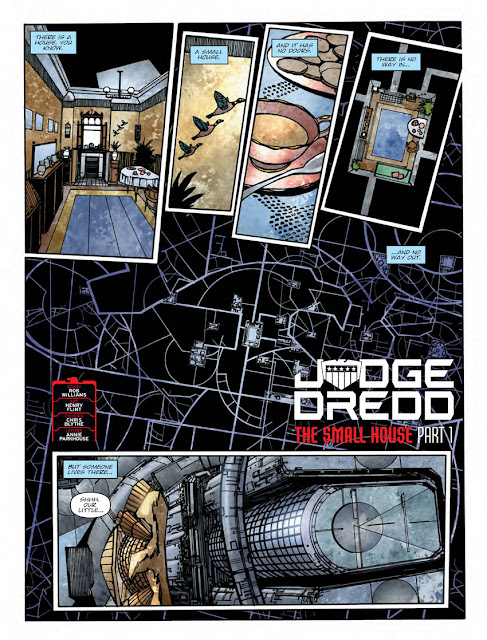 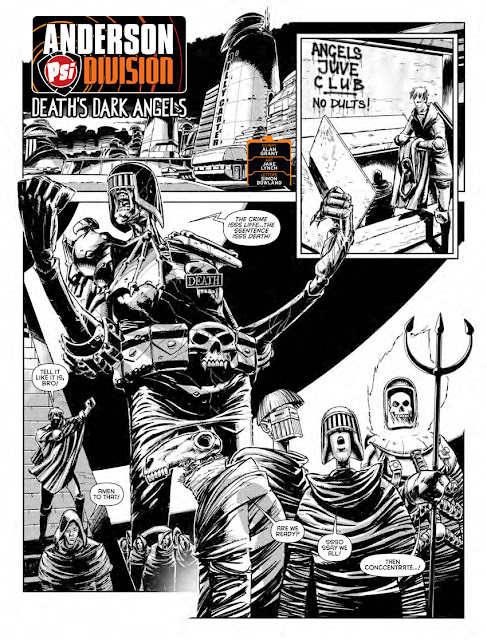 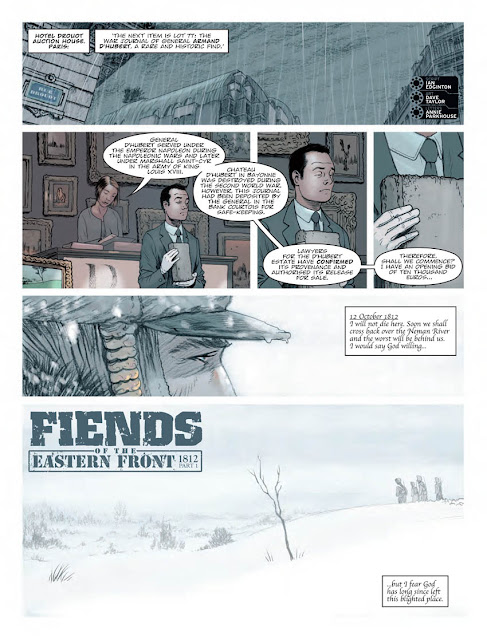 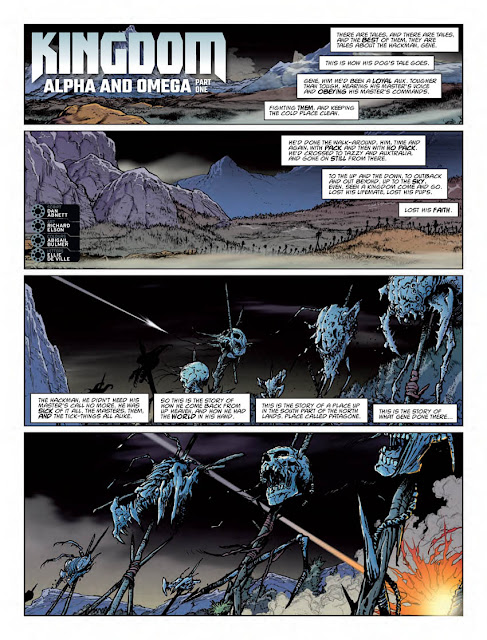 You say "2000AD is the only surviving British comic from the 1970s, excluding The Mighty World of Marvel". What about Viz? That started in 1979, didn't it?

How did I forget Viz? Thanks. I'll amend that.

Funny Wonder (later just Wonder) ran for 39 years, so that had longevity too.

Didn't Doctor Who weekly also sneak in a few issues just before Christmas 1979? That's still around, albeit in a somewhat different format, so approaching its 40th anniversary next year.

2000AD often likes to see itself as the last survivor - see for example the Iwo Jima cover of Prog 2000 - that was a very clear message that they had outlasted everyone.

I suppose it depends whether we use the classic archetype of a British comic (e.g. Lion, Eagle etc) - in which case 2000AD is a better fit than either Viz or Dr Who Magazine - or broaden the definition to reflect the diversity of UK comics.

I've updated the post now to fix my error. You're quite right, Tony. I was only thinking of traditional weeklies. Viz and DWM must have been outside my train of thought but they deserve mentioning (especially as they'll both be celebrating their 40th anniversaries next year!)

Nice to see the cover by George Perez with my blog covering his inking work on Jurassic Park from the 90s at the moment (plug, plug!). That is quite the scoop for 2000AD though!