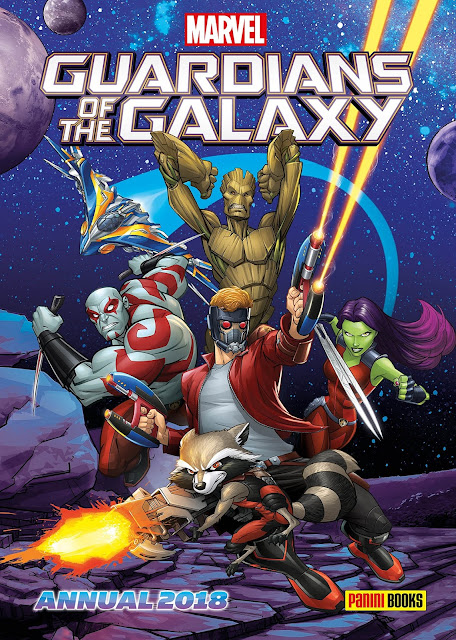 It had to happen. Thanks to the success of the movies, the Guardians of the Galaxy are getting their own hardback annual for the UK market this year, published by Panini. The description reads:

"Guardians of the Galaxy was a surprise hit in cinemas the first time around, and a smash hit for the follow-up, making it a firm favourite with young fans. This intergalactic annual doesn't fail to entertain boys aged 6-9, filled with puzzles, comic strip and factfiles."

It's a shame that the marketing dept only think boys will be interested in the book. Superhero material appeals to both boys and girls and it's time that the old notions of gender division were dropped.

Panini are also releasing the usual annuals for Marvel Heroes and Spider-Man. I'm presuming all three books will use material reprinted from Marvel's comics for younger readers. 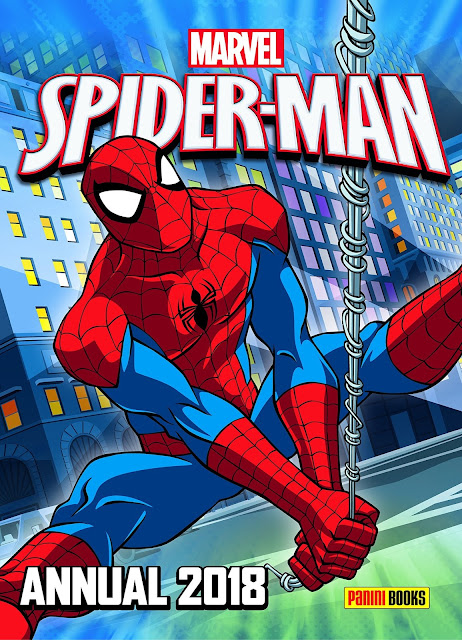 These annuals each have a page count of just 64 pages, which is quite lightweight compared to some annuals, but they still prove popular. The books are available to pre-order now from Amazon. 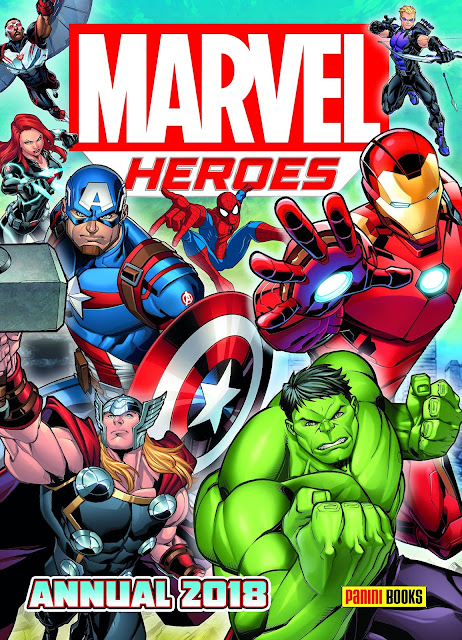 A few years ago I was in WH Smith's (now closed) and there were two teenagers, a boy and girl, looking at the Marvel Panini comics. It was clearly the girl who was interested in them. "So why do you like these comics ?" I overheard the boy ask. "I dunno, I just do" said the girl (she was obviously a deep thinker). I also read that when The Avengers film opened in the U.S. in 2012 the audience was 40% female on the opening weekend.