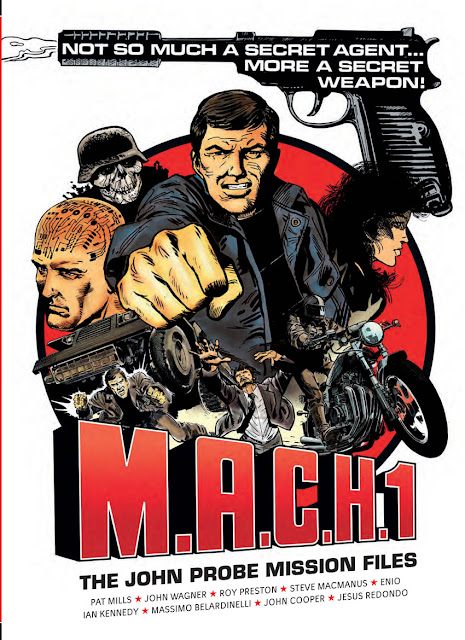 Rebellion are collecting the early adventures of one of 2000AD's first characters in March, when M.A.C.H.1 - The John Probe Mission Files Vol.1 is published. The chunky softback book will reprint the M.A.C.H.1 stories from the first 33 issues of 2000AD, plus extras, and is available to pre-order now from the publisher:
https://shop.2000ad.com/catalogue/XB620 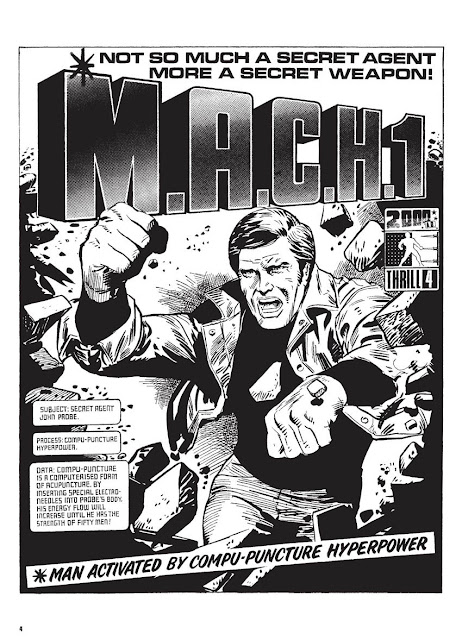 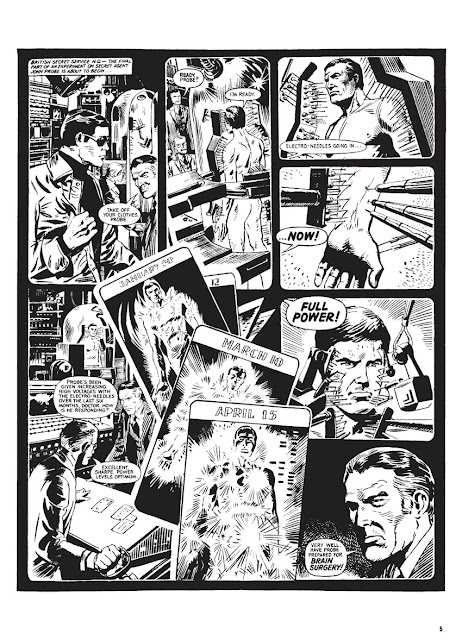 2000 AD’s ultra-violent answer to The Six Million Dollar Man is perfect for fans of The Prisoner and Westworld - a much-sought after series that has never been collected before! The world is a dangerous place, with terrorists, lunatics and other foreigners plotting destruction at every turn… fortunately the British Secret Service has the world’s back! And when the threats the world faces are extra-ordinary, they need an extra-ordinary man for the job. Enter secret weapon and special agent, John Probe. Using the technology of computerised acupuncture, they grafted a computer circuit onto his skull and inserted special electro-needles into his body and now he can increase his energy flow until he has the strength of fifty men! Terrorists and enemy agents beware! John Probe is much more than a man; he is a Man Activated by Compu-Puncture Hyperpower! This first volume collects the explosive adventures of 2000 AD’s original super-agent, M.A.C.H. 1. 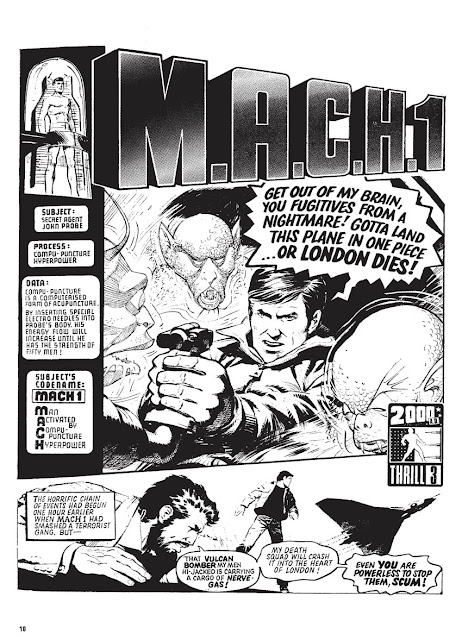 Why do they write that it has never been collected before? It has, in two 2000AD Extreme Editions some years ago. I believe they 're even still available at 2000AD 's webshop...

Sod Dredd, this is what 8 year old me loved.

I do worry that 49 year old me won't find the story quite so engaging - an issue I have with most adventure strips - but the nostalgia factor makes it a must by.

I think they meant it had never been collected in a book before, Javier. Extreme was just a comic.

I think M.A.C.H.1 was one of those strips that improved as it progressed, Kal. The status quo changes later, as I recall, and the series becomes much more intriguing.

M.A.C.H. 1 was one of my all-time favourite 2000AD strips and it did get better over time. I just wished they never ended it.

Definitely getting the volume (there, there, wallet).

If my memory serves me correctly M.A.C.H. 1 appeared at one point in the revived Eagle. If so where those reprints or new stories?

Those were reprints, John.