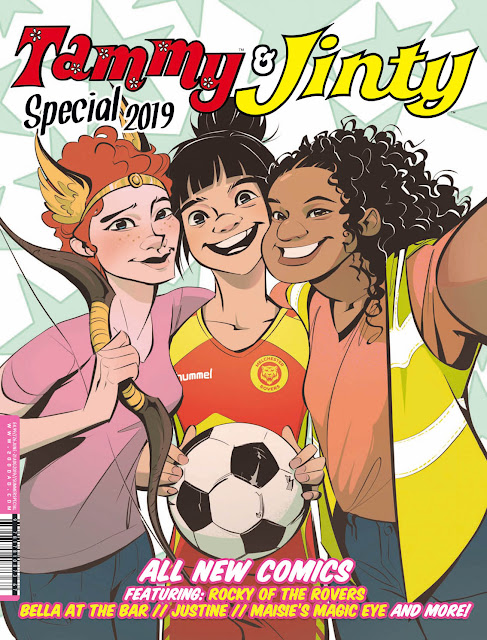 Rebellion are spoiling us with the number of specials they're publishing this year, and the latest is the Tammy and Jinty Special, reviving the 1970s girls' comic, which will be in the shops on Wednesday 26th June.

Featuring a great variety of art styles, the special reboots classic characters for a modern generation and includes new ones too. Rocky of the Rovers (Roy's sister) makes her debut by Rob Williams and Lisa Henke, and The Enigma Variation brings us stunning artwork by DaNi from a script by Grain McEntee.

The most controversial will probably be Bella of the Bar, with the photo-realistic style of John Armstrong replaced by a more cartoony approach by Venessa Cardinali (script by Rachel Ball). Basically though, this is a Tammy and Jinty for today's readers, and the styles reflect that, so hopefully it'll be appreciated by old and young alike.

Here's the PR from Rebellion, along with a few preview pages... 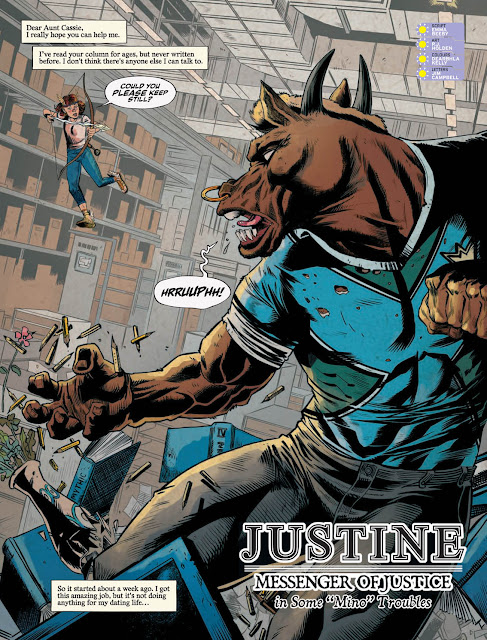 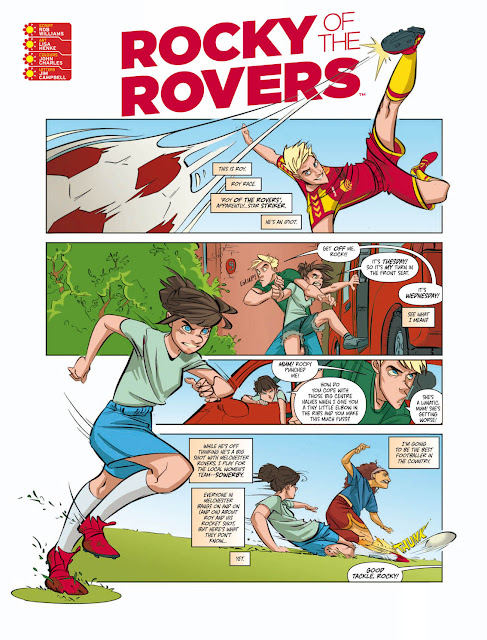 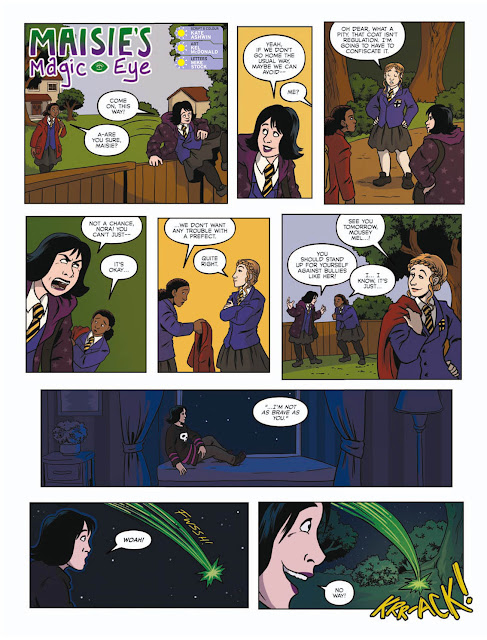 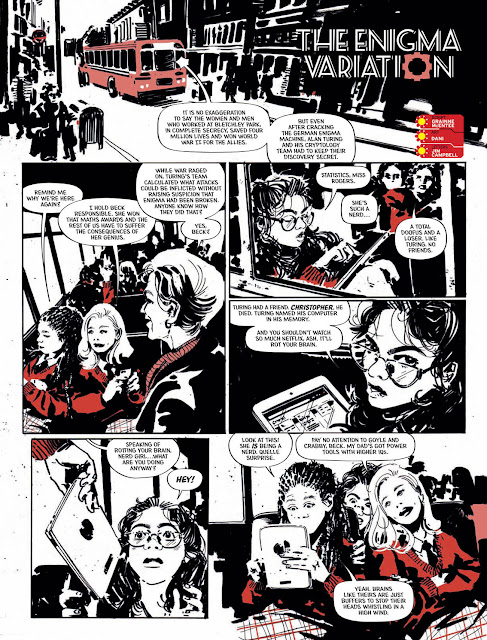 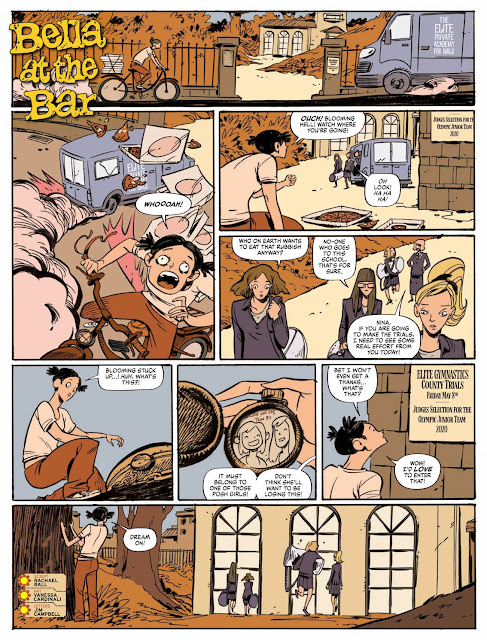 On to other matters, as I said the other day, I won't have time at the moment to write the reviews I'd intended to do as I suddenly have a lot of work on with tight deadlines over the next few weeks. That means this blog will be inactive for a short while. Normal service will resume sometime in July.

You can keep up with my latest work over at my other blog here:
http://lewstringercomics.blogspot.com

a bit weird but.. when you first showed the cover art, I liked the style and the designs but something looked a bit off.. I double checked the one online info when they announced Rocky, and.. yeah.. While I love the cover art (though the necks are a bit long for my taste but that's just my tastes ^_^) it doesn't seam to be Rocky but someone dressed up like her.. as in, I can't see that being the same girl.. bit of a shame that, unless that is what they are going for, which I think it might be, not sure.. Justine seams to be the same girl, just the style change, but.. I'm not quite sure on Rocky.. but again, my tastes only so nothing to be worried about.. either way, I like the style, the art is good, looks like the inside does a interesting mix as some look a bit more older style BUT with modern tweaks, where as others are more modern. hard to fully judge story but also seams okay from the previews.

It's simply how a different artist has interpreted the characters for the cover. There doesn't seem to be as much adherence to a "style guide" of sorts than there used to be with comics characters. We see this all the time in American comics, where characters from Clint Barton to Lois Lane are inconsistent when you compare different artist's versions of them. Personally I prefer more consistency, like there used to be, to establish a character in the minds of the readers, but it's not the way things are now I'm afraid.

This comic is certainly a blast! I may not be familiar with most of the characters but it's all good fun, heart warming and dynamic too! So far for me it's the best of Rebellions harking back specials!