The man behind the mask 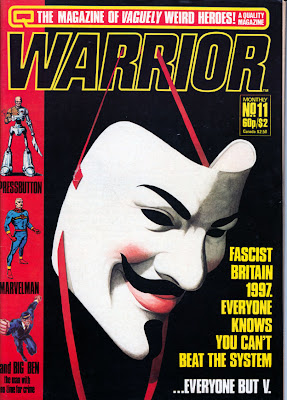 Most of you may have already have seen this on the BBC News website, but last week journalists made the connection that many protesters currently occupying Wall Street and other areas around the globe were wearing V for Vendetta masks.

V for Vendetta, created in 1981 by Alan Moore and David Lloyd for the launch of Dez Skinn's Warrior comic, told of a proactive anarchist in a fascist Britain of the near future. Clad in black and wearing a Guy Fawkes mask, he was known simply as 'V'. Later collected into a graphic novel it was adapted into a movie in 2006 which, although it had it moments, never equaled the starkness and intellectual layers of the graphic novel. When the movie was released, plastic V masks became available as part of the merchandising, and have proven to be highly popular ever since. 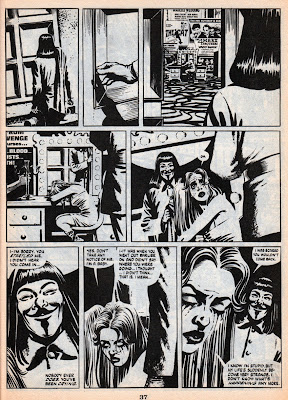 In one of those instances where life imitates art, the mask has now become associated with real-life protesters and the BBC contacted David Lloyd for his opinions on the matter: "The Guy Fawkes mask has now become a common brand and a convenient placard to use in protest against tyranny - and I'm happy with people using it, it seems quite unique, an icon of popular culture being used this way". 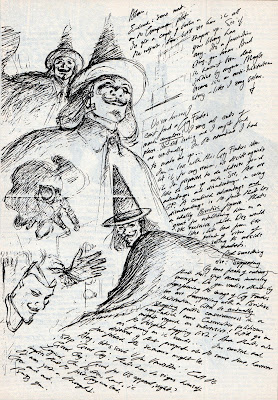 "V" must be one of the very best non-humour comics i ever read (the other being "El Eternanta" by Solano Lopez), and the iconic status the mask's taken is well deserved :)

Never a fan of V.. and since I'm Heavily involved in Bonfire season and Guy Fawkes, i guess i never liked it's take on it due to that either.. It always came off as a half-arsed attempt.. but that's just my view and probably not shared by many.. Though i always find (despite what some creators think, even though it's there views that matter) it's a bit of an insult to take something and twist it to your cause like that.. It's like the so-called 'Peace' Logo design.. it was created for one thing and was a symbol of that thing, thus the image work, and it was then twisted into what it is now..

But like i said, I'm probably one of the only people in the world that think that, and my view doesn't matter ^_^

I've been noticing this mask in protests too; here in Portugal we some protests a few weeks ago and I saw a few young men wearing it. I wish I knew where to buy one :-)