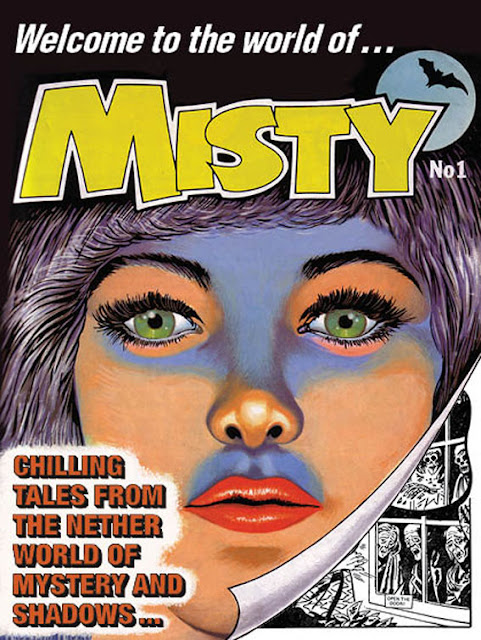 Some of the most fondly remembered adventure strips of the 1970s and 1980s are now available as digital downloads from the iTunes store. Egmont's Classic Comics imprint (using the old 1970 Fleetway "fireball" design for its logo) is re-presenting stories from Battle Picture Weekly, Roy of the Rovers, Misty, and Scream for readers with iPhone or iPad devices at very reasonable prices. 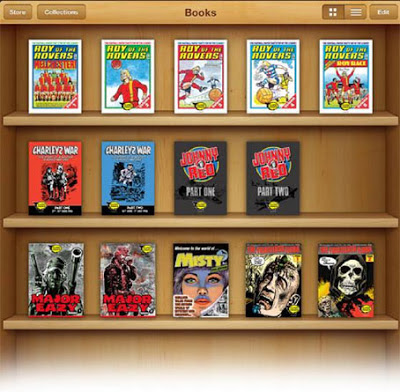 A collection of fondly-remembered classic comics is now available digitally

London 13th November 2012 - Egmont UK’s Classic Comics imprint was created to re-publish the wealth of classic comics in their archive.

Four volumes of Roy the Rovers kicked off our e-comic publishing in June this year and now we are excited to announce the launch of further classics on popular comic series from the 70s and 80s.

A fifth Roy of the Rovers has been made available along with publications from Misty and The Thirteenth Floor.  From Battle Picture Weekly we will be publishing various strips including Johnny Red, Major Eazy and the ground- breaking Charley’s War.  Some of the biggest names in British comics were involved in the creation of these stories, including Pat Mills and John Wagner. 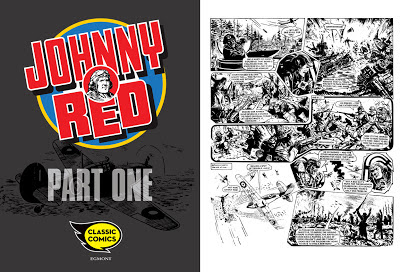 David Riley, Managing Director of Egmont Publishing Group, said: “Roy, Battle, Misty…these are iconic magazines which still have a place in the national consciousness. They deserve to be brought back; their appeal also has the potential to transcend the generation gap and reach an entirely new, younger audience. With the limitless possibilities offered up by digital publishing, there has never been a better time to bring these comics to the fore.” 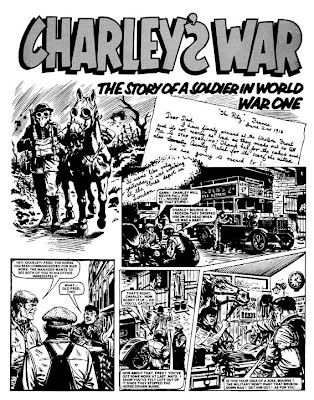 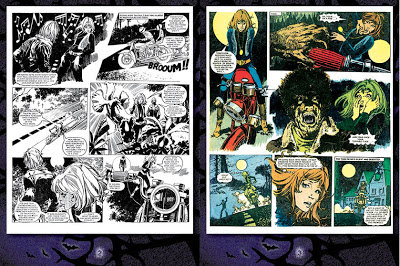 Until one of them eccentric billionaires rolls along and starts funding great stacks of new, nationally-distributed weeklies, I suppose this is the best we can hope for. At least they're finally doing something with the back catalogue... took long enough, though.

It'd be great to see publishers throw money at print comics again but there are so many hurdles against comics working on the High Street these days. At least digital comics remove the problems created by suppliers, retail giants and poor shelf displays.

My only reservation is that much of this material already exists in book collections, so fans who bought the books aren't likely to buy them again digitally. Hopefully there may be enough new readers to make them viable and will lead to rarer items being published digitally such as early Whizzer & Chips, or Lion strips from the 1970s etc.

Wow. Im happy with this but as you say Lew the strips have already been made more widely available as collected books - and I already have these. I'll be keeping a watch though. It would be nice to see some of the older IPC strips - Janus, Cursitor in this format.

Does this mean that Titan will stop publishing the Charley's War and Johnny Red books?

I think digital is a great way to go, whether it's new or old material. I think the main problem with comics now is the price. I think that if publishers took those savings from printing and distribution and put out cheaper comics then people might be willing to take a punt on more titles. Although, it seems to me that a lot (not all) of publishers just think that it means more profit for them if they sell a digital comic at the same price as a print version. Which seems like madness to me.

...I know what you mean though Crow. Comics are in a transitional period of history between paper and digital so digital needs to be good value in order to win readers over.

Depends on the target age group. I have an iPad but my boys prefer to read paper copy of their comics. Maybe as they get older they will take on e format but not for a while. they simply love being able to pick a comic up from behind the sofa etc. and casually thumb throughout. they do use the ipad but for other things such as cbeebies n youtube.

Though of course any comic that goes digital-only ceases to exist as far as I'm concerned. Though I already own a lifetime's worth of reading (probably), so if "the industry" is determined to "transition" in that direction it will soon see the last of my money.

I take your point Mike, but I presume these digital comics are mainly aimed at bringing in a new generation of readers, rather than being targeted at us.

That is a really good idea - it's cheaper for the company, it gets a wide audience, and it could be picked up by younger readers too. And we get Misty back out there!

(I don't have an iPad or iPhone so I'm out of luck here, but this is good news for, say, the current generation of ten year old girls)

I don't have a device that will read them either Charles. I guess I should save up for an iPad mini or something.