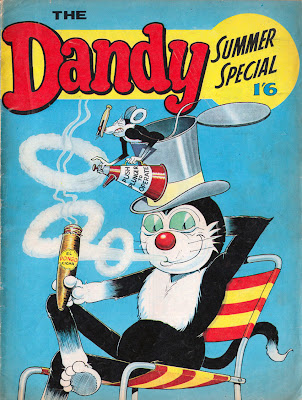 I'm sorry to report that tonight I was informed by the family of comic artist Charles Grigg that he passed away at 5.30 this morning.

His son Roger said that his father had "just celebrated his 97th birthday with his sons, grandchildren, great-grandchildren, other relatives and friends. We will all miss you Dad." His grandson Russ added "RIP Grandad we'll all miss you so much. At last you can be with Gran".

Charles Grigg, affectionately known as Charlie or Chas, originally worked as an engineer in the Midlands before he began freelancing as an artist for DC Thomson in the 1950s. His skills proved to be popular with the readers and he continued drawing numerous comic strips for the company for almost 40 years. One of his earliest strips for the company was Charlie the Chimp which he illustrated for The Dandy from 1957 to 1960. 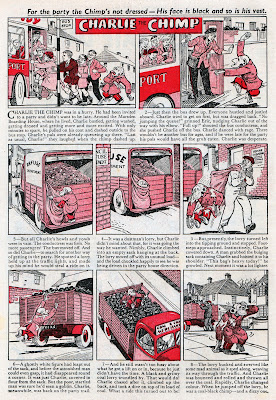 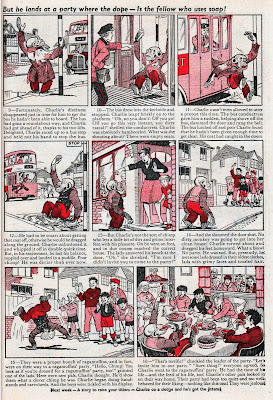 Back then, DC Thomson did not allow artists to sign their work, but the characters that Charlie drew would be familiar with millions of children. In 1961 he was asked to take over the cover artwork of The Dandy's lead strip, Korky the Cat, which he then drew for the next 22 years. 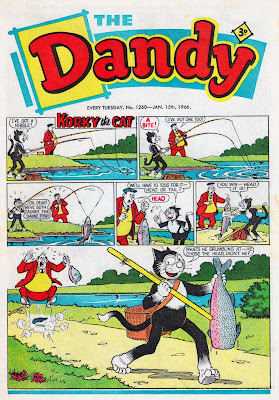 Charlie's version of Korky became the definitive one, and the artist's marvellous ability with colour led to him producing some memorable covers for The Dandy Book and The Dandy Summer Special. 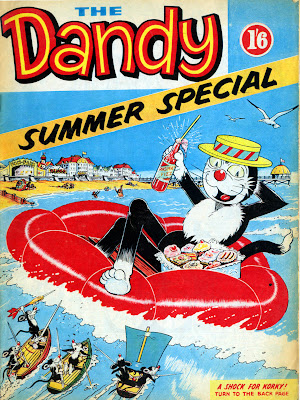 Although most of Charlie's work was on humour strips such as Korky for The Dandy and Foxy and Splodge for The Topper, he was also able to turn his hand to adventure work. Some of his most memorable serials being The Red Wrecker, The Purple Cloud, and The Umbrella Men, all for The Dandy. 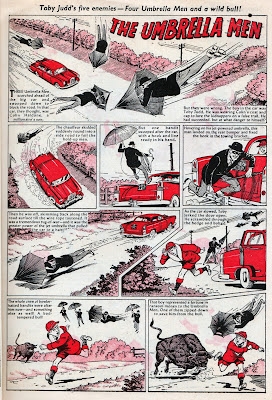 Charlie moved into semi-retirement 30 years ago after which he illustrated saucy seaside postcards for the Bamforth postcard company. Sadly, as The Birmingham Post reported in 2012, in recent years he began to suffer from vascular dementia and was cared for by his son Steve. 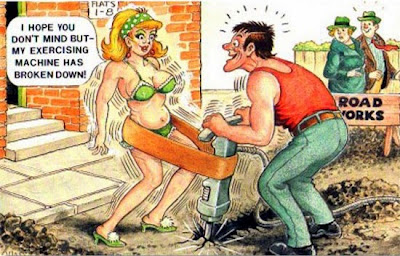 Regrettably, I never met Mr.Grigg but his artwork provided so much childhood pleasure when I was reading The Dandy in the 1960s. Published on Mondays back then, it gave a bright start to the week and I eagerly looked forward to whether Korky would 'win' or 'lose' on that week's cover. (I always wanted him to win, thwarting the mice or the gamekeeper.) I thrilled to the adventure strips The Red Wrecker and The Umbrella Men, with Charlie's detailed artwork drawing me into that strange world of ordinary British towns under siege from some bizarre menace. The Dandy Summer Specials became synonymous with journeys to Blackpool, with the discovery of Charlie's luxuriously coloured covers becoming a part of that long-anticipated summer holiday. Then on Christmas Day, the delight of unwrapping the latest Dandy Book, with the first sight being Charlie's festive covers. 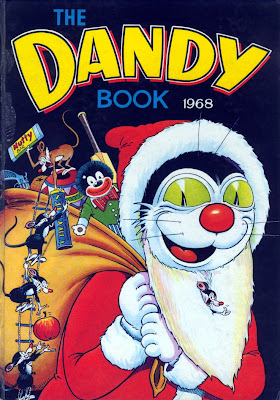 Though most of us never knew the man personally, Charles Grigg was part of our lives, with his warm, funny and enthralling comic strips bringing smiles to millions of children over the years. And as adults, we still have those happy memories, - and if we're lucky, the comics too, - to reflect on. I hope those thoughts will be of some comfort to Mr.Grigg's family at this time. He was one of the best. 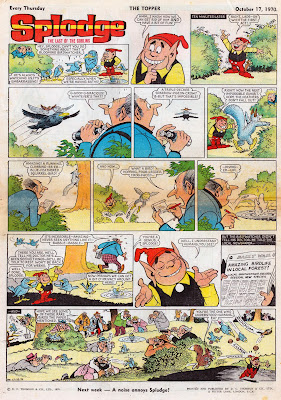 (As always, click the images to see them larger. All images in this article are Copyright DC Thomson, except for the Bamforth postcard.)
Posted by Lew Stringer at 22:46

Sad news, I didn't know his name, but recognise the style, I loved Splodge! I had forgotten about him until that scan.
Such a pity that artist weren't allowed to sign their work.

I'm very sad to hear this - he was a fantastic artist and was very good at drawing fish.

Great to see you back in action with the blog these past few weeks. I look forward to your newsy postings. I can sadly identify with this latest one as I too lost my father a year ago at the grand age of 93 in similar circumstances. I fondly remember the Dandy artwork an in particular the stunning summer specials colour work.I still have some of these 1960s gems in my collection.

I was not a Dandy reader but for a short period in the early 1970s my mother bought me The Topper on a regular basis and Foxy and Splodge were certainly among my top favourites.
Until now, I had no idea who drew these characters.
Reading the Splodge sample, Mr Grigg certainly gave the character personality and life.
Thank you for giving him some deserved recognition, he certainly had talent!

Yes, he was one of Thomson's top artists without a doubt. As well as the strips mentioned above he also took over the art duties on Desperate Dan for the Summer Specials and Annuals after Dudley Watkins died in 1969. (He also drew a few fill-ins on the weekly strip.)

There's no doubt that Charlie Grigg would have taken over the Desperate Dan strip on a regular basis when the weekly Dandy stopped using Watkins reprints in the mid 1980s but by then he was about to retire from comics so the job went to Ken Harrison (another superb artist).

I remember The Purple Cloud with great pleasure. That story and Captain Whoosh were high points of my DC Thompson reading. Have you thought of doing an overview of either of these series, or perhaps running some artwork from them?

I don't have a lot of examples of those strips but I do have enough to do a short blog post on them, so, yes I'll do that soon. Remind me if I forget! :)

I did a brief look at some Dandy adventure strips a few years ago:
http://lewstringer.blogspot.co.uk/2007/11/dandy-adventure-strips.html

Many thanks for the tremendous tribute to Dad - very much appreciated. I was wondering if you know if people Dad knew at DC Thomson were aware of his death as I dont have any contact details any longer.
Bets Wishes
Steve Grigg

Thanks for getting in touch. I know some of the staff at DCT are aware of your loss so I'm sure the sad news has circulated by now, but I'll contact some of the other editors to make sure.

I'm pleased that you like the tribute. It's the least I could do for an artist whose work brought so much enjoyment to the readers. People elsewhere on the Internet have also posted tributes and comments. There's a lot of respect out there for your father's work.

My condolences to you and the family at this sad time.

By the way Steve; could you or Roger e-mail me with your contact details (e-mail address) as Steve Holland wants to find out a bit more info for an obituary he's writing. Steve knows his comics so I'm sure he'll do a fine job.