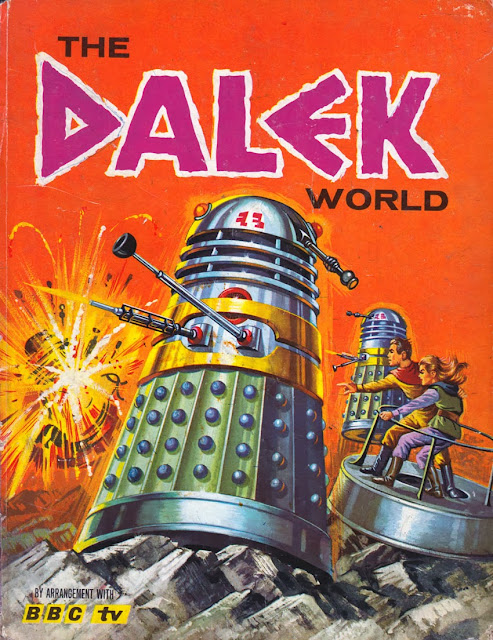 Fifty years ago today, the Daleks made their debut on television in the fifth Doctor Who episode The Dead Planet. Well, at least part of them did, as we only saw the 'sink-plunger' sucker arm at the end of the episode, raising the question of just what was advancing towards Barbara in the cliffhanger. The following week revealed the Daleks in full, instantly becoming a hit with children forevermore.

Dalekmania soon sprung forth and I covered that a few years ago (see here for that post) so today I thought I'd have a quick look at The Dalek World annual that I had for Christmas 1965.

The cover (above) used a pose for the main Dalek image that had also been used in a similar fashion on the Sweet Cigarette cards packet and other merchandise. Ever wonder why there's that red circular grid at the front that never actually appeared on any Dalek? Legend has it that the reference photo sent to the artist was a shot of a Dalek in the BBC studio and one of the crew had placed a roll of gaffer tape behind the horizontal band for a second, and had forgotten to remove it before the photo was taken. With no explanation as to why it was there, the artist assumed it was part of the Dalek's design. (Hey, if they're using a sink plunger, a roll of tape didn't seem unusual.) That'd also explain why the Dalek's eye stalk is at a wonky angle, as there'd be no operator inside the Dalek when the photo was taken.

Opening the book, the inside front cover spread was mind-boggling. Daleks flying through space! It'd take the TV show decades to catch up with this idea! Excellent artwork by Richard Jennings. These days, the BBC use that 'Skaro Saucer' design in the TV show but it originated in the comic strips that appeared in the Dalek annuals and the Dalek weekly strip in TV21. 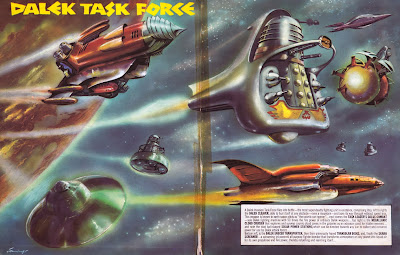 The 96 page book was a mixture of strips, text stories, and features which expanded the Dalek universe far beyond anything the TV show had done at the time. There was even a short photo-strip adaptation of the Peter Cushing Doctor Who and The Daleks movie. Here's a selection of pages... 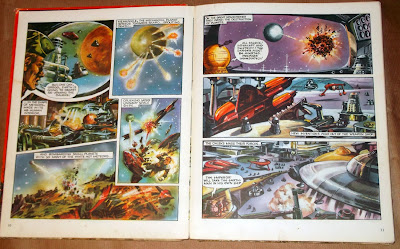 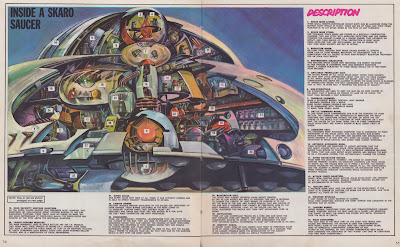 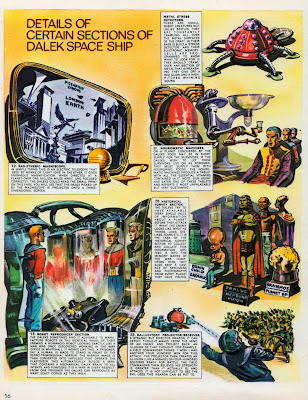 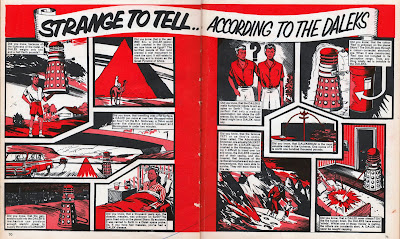 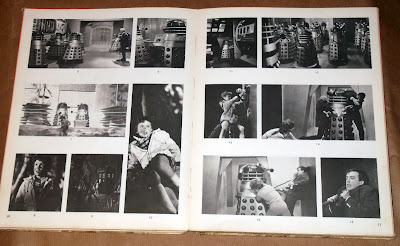 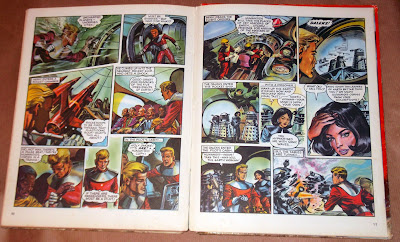 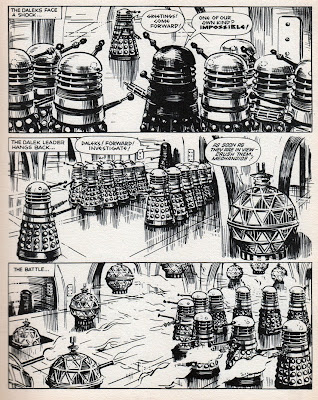 The book concluded with great endpapers by Richard Jennings. No one drew Dalek destruction quite as well as he did it! 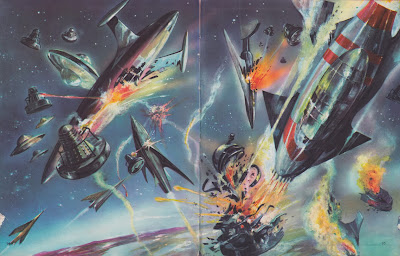 The Daleks are back on Christmas Day in the 800th episode of Doctor Who 'The Time of The Doctor'.
Posted by Lew Stringer at 19:28

In case it's of interest, a photo of Daleks with rolls of tape can be found here:

Notice that the Dalek on the left has a numbered card on the back of its dome; this was to aid the director in distinguishing between Daleks (the tape was used to stick the cards on).

Thanks MHW. Very interesting. As more than one Dalek has the roll stuffed under its band I'm wondering now if there was a purpose for it, perhaps to stop vibration or something?

Or perhaps I'm just over-thinking it and they were really left there by accident as legend has it.

Lou, the Daleks looked almost identical, they were painted the same colour. So, each of the Daleks had a different colour roll of tape under the band to help differentiate them for the director, who would be some distance away, up in the gallery. The colours would obviously be clearly visible to him, more so than the numbers and be of great help during the rehearsals. Still pictures were shot during rehearsals and these were used for reference. But, also it could very well be that a photographer took the opportunity to shoot one Dalek at a quiet period during the rehearsals, with no operator inside, of course he did not consider to remove the coloured reel of tape.
(Marko)

Thanks Marco. That adds up.

Great to see inside this annual again , it's been nearly half a century! Merry Xmas, Lew and thanks for another year's entertainment.

Thanks John. A Happy Christmas to you too.

I like how these futuristic civilisations who had faster-than-light space travel hadn't invented colour television.

Probably for the best as they couldn't see red apparently. :-)

I just stumbled across your excellent blog whilst searching google for Richard Jenning Dalek images. Really enjoyed this article... a pleasure to read. Tony K