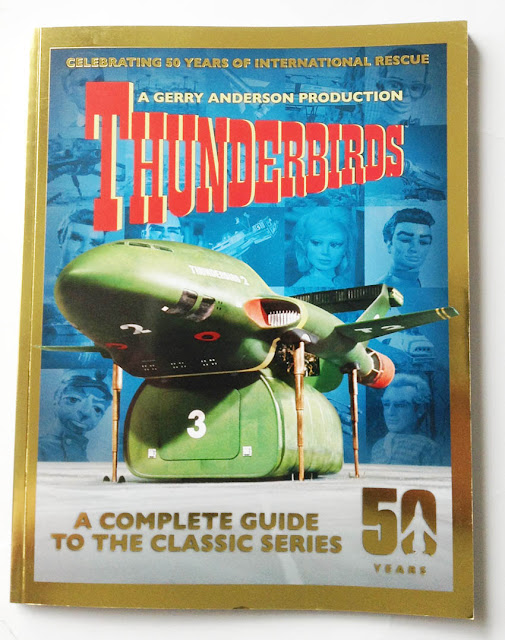 It's been a long time since there was a Thunderbirds magazine on the shelves but Panini UK have just published Thunderbirds: A Complete Guide to the Classic Series. The chunky 116 page 'bookazine' is in the same format as Panini's Essential Doctor Who publication and boasts the same high production values and quality of content. It also has the same editor, Marcus Hearn, and he and his team including Chris Bentley, Alistair McGown, and Sam Denham certainly know their stuff when it comes to classic TV. 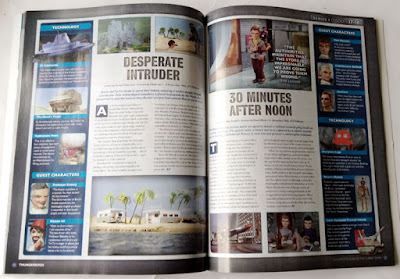 Yes, this publication is about classic Thunderbirds, not the new series soon to return to CiTV. This year is the 50th anniversary of the original Thunderbirds and this bookazine is a fine celebration of that. As one might expect, there's a complete guide to all 32 episodes but it also features much more besides. 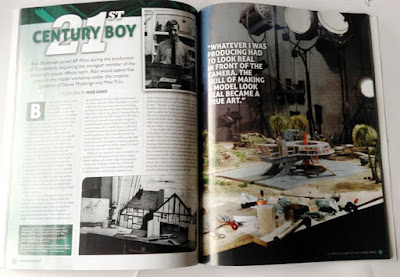 • Interviews with some of the voice artists of Thunderbirds. 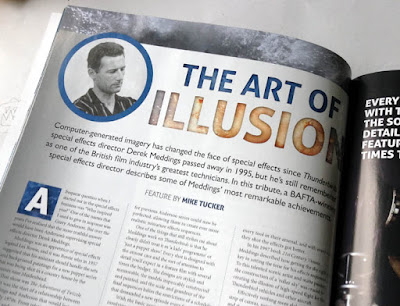 That's just scratching the surface. The mag is packed with information and images. Readers of this blog will be pleased to know that of course TV Century 21 is included, in a detailed six page article. The Thunderbirds comic of the 1990s is covered too, as are the annuals, in other chapters. 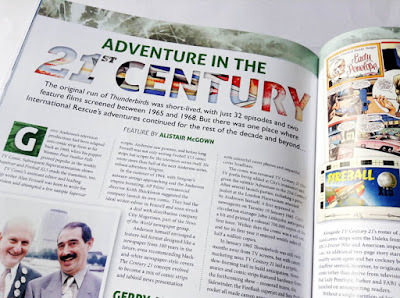 This really is a very impressive and well researched publication, essential for any fan of the classic series. At just £9.99 it's a bargain too. You'll find copies in Sainsburys, WH Smiths, and other retailers.
Posted by Lew Stringer at 17:06

Many thanks Lew. Being edited by Marcus Hearn, I wonder if there's much overlap of material with his Thunderbirds The Vault book. I'll probably buy both anyway as both look excellent.

Marcus tells me that the bookazine and The Vault complement each other and there's different content in both, so they're worth picking up.

Lew,
What you think of the new Thunderbirds 1965 show funded by kickstarter?
just been featured on BBC news.
https://www.youtube.com/watch?v=j35AyXoE1XU

I'm one of the many people who funded it through Kickstarter so I'm very much in favour of it. :)