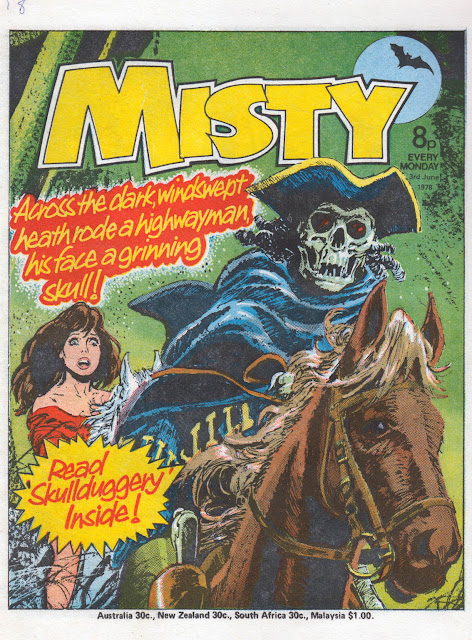 I never bought Misty back when it was published. Buying girls comics just wasn't something that most lads did or even thought about, and I was 19 by then anyway and had naturally stopped buying children's comics (until my ambitions to work in comics drew me back to see them from an artistic perspective.) Since then, I'd heard how good this weekly of supernatural comic strips was, so when I saw some copies on eBay recently I bought one.

Published on Saturday 27th May 1978 (cover dated a week later, as comics were back then) this issue of Misty was No.18. (Published by IPC, the comic ran for 101 issues dated 4th Feb 1978 to 12th Jan 1980 before merging into Tammy.) I'm afraid I'm unfamiliar with who illustrated the strips but I'll add credits if I find out.

The cover (above) is one of the most striking of the early issues, with its skull-faced highwayman charging towards us. The story continued into the centre pages and the back cover which, with the front cover, were the only colour pages in the comic... 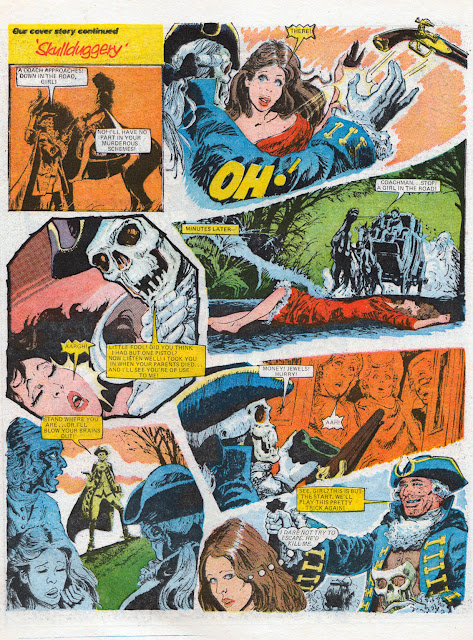 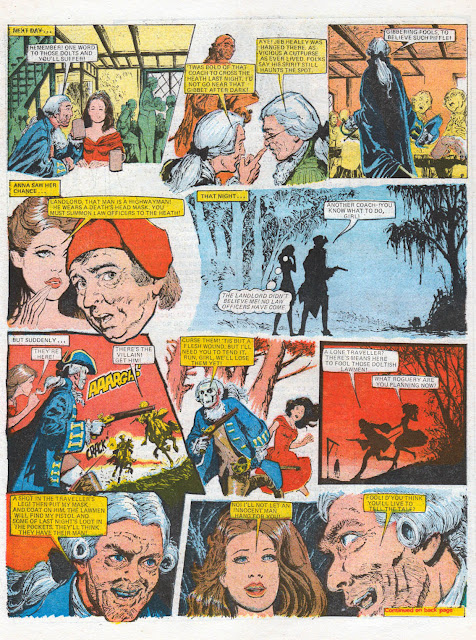 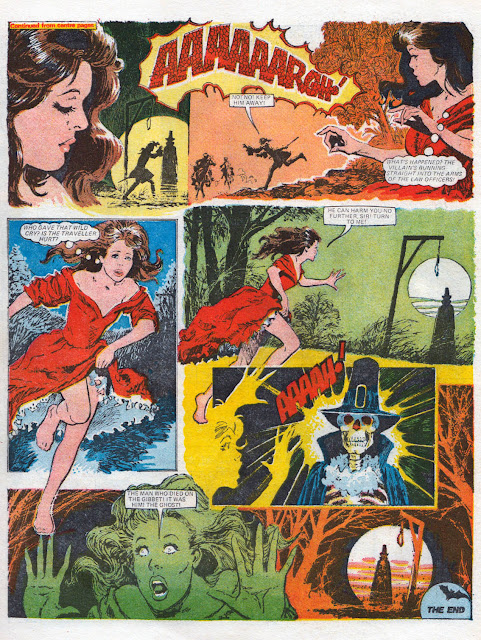 Misty was an anthology comic, and its 32 pages contained serials such as Journey Into Fear about a haunted car... 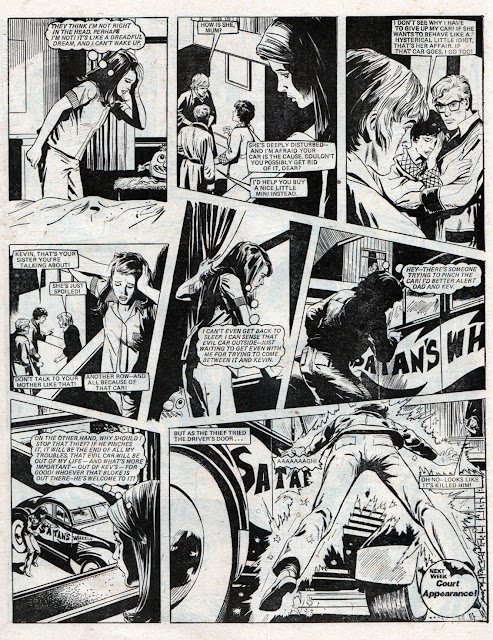 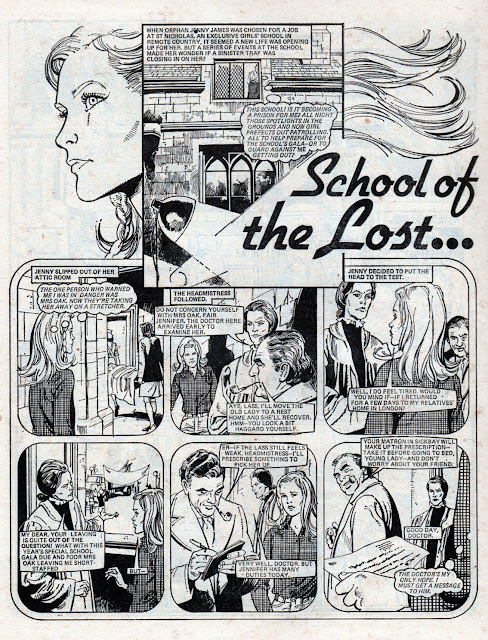 ...and also a few complete stories every week. This was a wise move as it meant that new readers would always have an easy access point. Here's another of the three complete stories from this issue, Queen's Weather, about insect revenge... 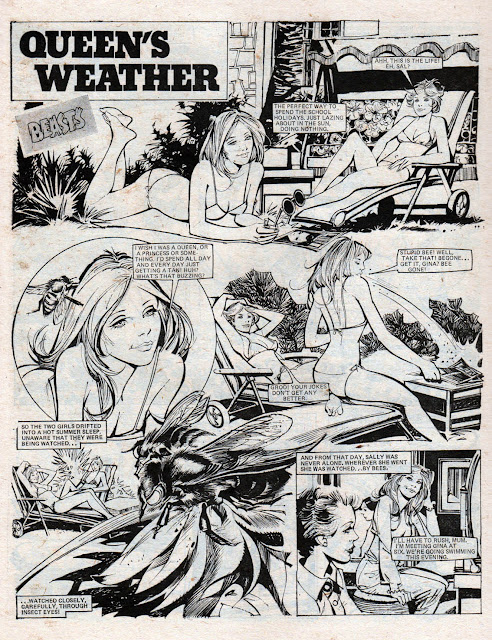 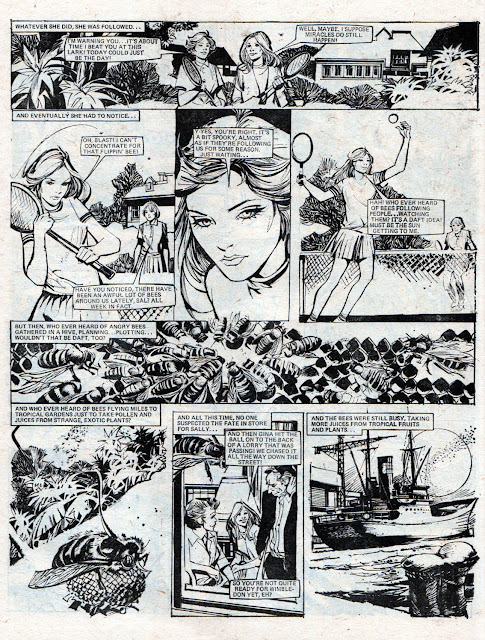 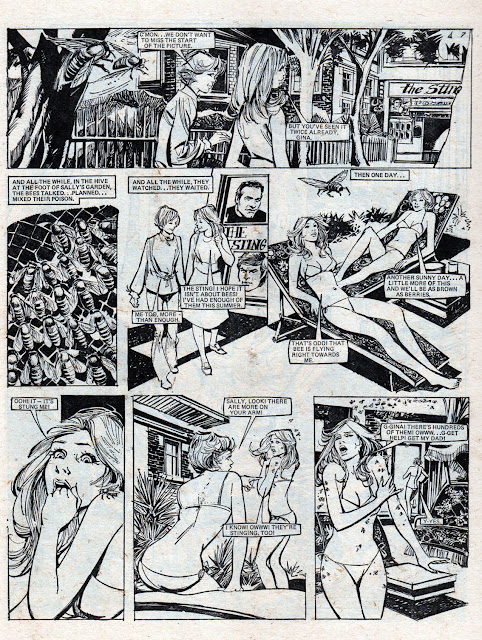 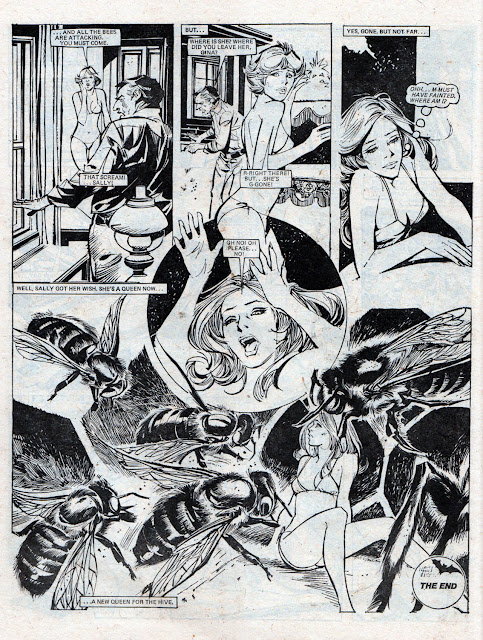 Unlike the action-focused boys comics, Misty (and other girls comics) had more of a psychological drive to the dangers its characters faced. The heroines were often introspective, with the readers being privy to their thoughts and anxieties. This style of writing made the stories more intimate, as opposed to the loud brashness and physical escapades of boys comics. I found it took a bit of mental adjustment to get into Misty's style of storytelling but I'm sure the young female readers it was intended for back in 1978 accepted it immediately.

You can find out more about Misty at this fan website which shows every cover and lists all the stories:
http://www.mistycomic.co.uk/Welcome.html

As I reported last month, Rebellion will be publishing a collection of Misty stories this September. One to look out for! 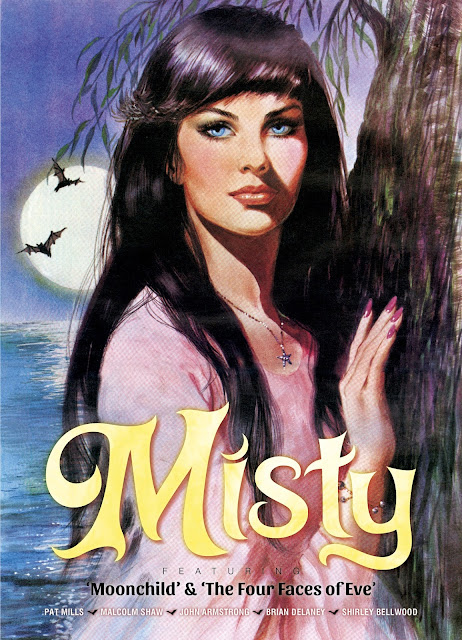 Email ThisBlogThis!Share to TwitterShare to FacebookShare to Pinterest
Labels: Misty

The Best of Misty was published in the mid eighties for short run, less that 10 I think.
I remember them being in the house due to my older sister, and them being a really unsettling read. I think some of the style of storytelling was used in Scream, especially in the Library of Death and the Nightcomers.
That may have come from Editor Ian Rimmer originally coming form the teen girls dept. where he work on photostrips.
The cover to the new collection from Rebellion is great. The new logo while good, I am surprised they are not going for brand recognition and staying with the original logo. The image is pretty recognisable as Misty though, so the Logo style may not be that important.

often, I can quite prefer 'girls' comics over 'boys' comics because there is often more character driven storylines and ideas and I've never been one for mindless action like a lot of movies tend to have. by the way Comics are often divided, The Twilight Zone would be classed as a Girls series ^_^ and I'm a big fan of that (the original lot of course, not really into the remakes).. I guess since too many Boys comics are either about War or Football (neither of which have a great interest for me), I kinda lean away from them.

Regarding the logo, my guess is that they wanted something that looked more mysterious. The original logo was a good bold one for the comic but perhaps looks too juvenile by today's standards and (apart from the bat icon) never had a supernatural feel about it.

My sister got Misty so I used to read it too - great little comic in my opinion. The strict division between girls' comics and boys' comics was just sexist claptrap. But I was a huge Marvel fan anyway where Spider-Woman or Ms. Marvel could happily exist alongside Spider-Man and the Hulk.