Published on Saturday 25th September, the same day as the issue of Countdown shown in the previous post, this issue of Valiant absorbed the once-great TV21. 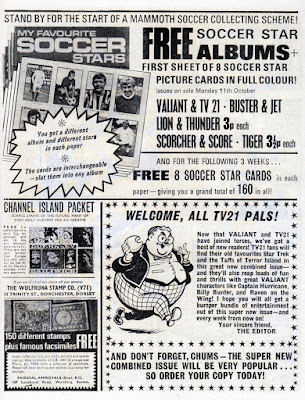 Only a couple of strips survived from TV21 to join Valiant. The Tuffs of Terror Island was an average yarn with a slight Lord of the Flies influence, but the other strip was Star Trek, based on the TV series. Harold Johns had been drawing it for the last months of TV21 but for the merger it gained the talents of John Stokes... 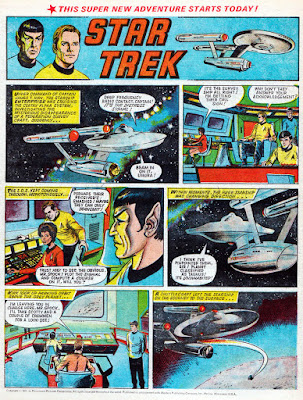 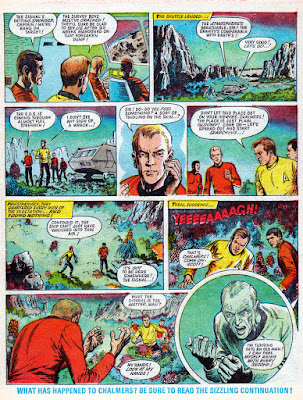 The rest of the line up for Valiant and TV21 was much the same as it had been before the merger. The comic led off with Captain Hurricane, and other favourites such as Kelly's Eye, Billy Bunter, The Nutts, and The Wild Wonders were still present. Also continuing from the previous issue of Valiant was The Return of the Claw, the sequel to The Steel Claw, drawn by Jesus Blasco... 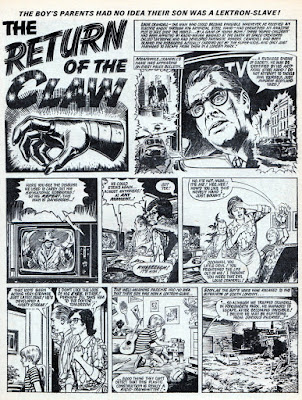 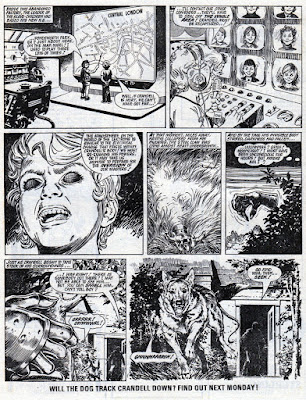 The comic also still featured some strips that had been added when Smash! had merged into Valiant earlier that year, such as The Swots and the Blots by Leo Baxendale... 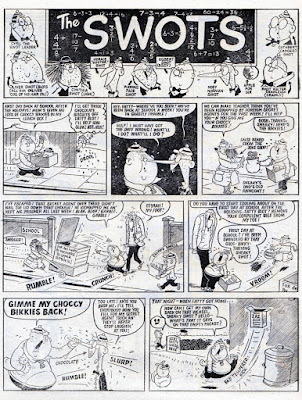 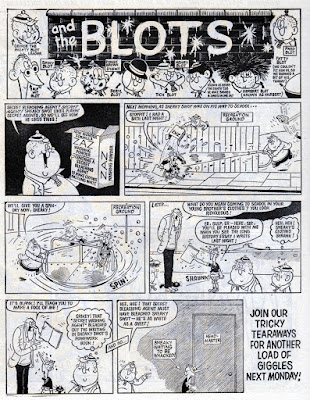 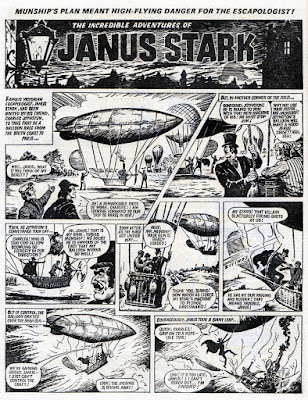 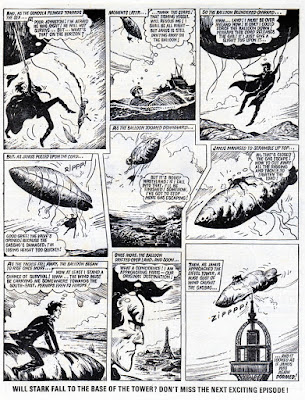 Back in 1971, it was still deemed ok for comics to advertise sugary foods, and ice lollies were often promoted. Sky Ray offered a chance to "Win comics for one year" if a kid's returned wrapper was one picked out of the postbag. And, yes, there actually was a lolly called Kinky back then... 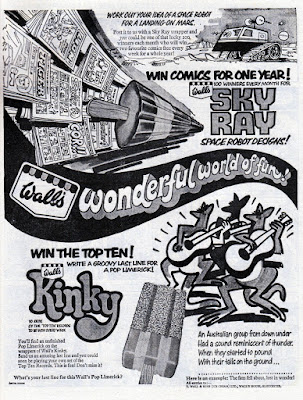 The long-running comedy strip The Crows was also still thriving, drawn as ever by Reg Parlett... 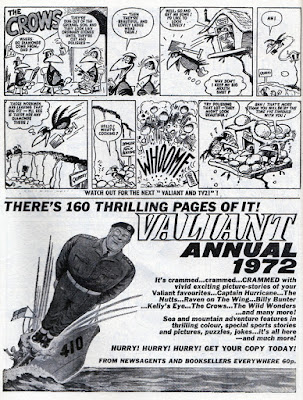 This was pretty much the beginning of the end of the old-style IPC adventure comics. A few years later, even the mighty Lion would merge into Valiant. Thankfully, a new wave of tougher, more relevant comics was on the horizon with Action, Battle, and 2000AD destined to shake up the industry.
Posted by Lew Stringer at 16:22

And let's not forget that Valiant itself became "tougher" and "more relevant" itself during its final six-month run, edited by John Wager. They're a seriously underrated run of comics, in my opinion - not far behind the mighty Action.

If only Rebellion had managed to pick up the rights to "One Eyed Jack" in their recent deal.... As billed by IPC itself in a 2000ad summer special donkey's years ago - it was a forerunner to Judge Dredd.

One Eyed Jack debuted in 1975, so he easily falls on Rebellion's side of the divide and not IPC's.

It doesn't work like that, James. Valiant was launched in 1962 so it, and all characters that originated in it over the years, belong to Time Inc, not Rebellion. Same applies to Tiger.

The only comic excepted is Buster, which, although beginning in 1960, has some of its post-1970 characters divided between Time and Rebellion.