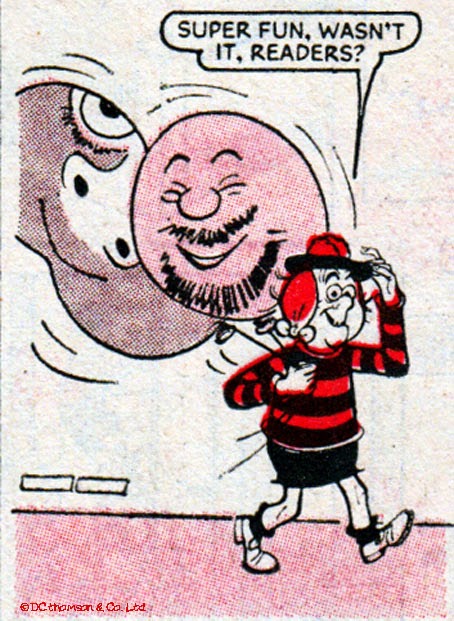 Sad news in the comics industry this week with the passing of humour artist Jim Petrie on Sunday 24th August. If you read The Beano in the last four decades of the 20th Century you'd certainly know his work, for he was the main artist on Minnie the Minx from 1962 until his retirement in the year 2001.

Jim Petrie was assigned the task of taking over Minnie the Minx from the great Leo Baxendale, but rather than simply ghost Leo's style Jim added his own flourishes to the strip. Minnie the Minx under Jim Petrie was distinctly his own strip, and his lively, energetic pages conveyed a sense of pure fun and enjoyment.

Jim Petrie's pages were always a pleasure to behold. The body language of his characters kept the strips alive and entertaining. Whether drawing slapstick scenes or quieter moments, Jim handled it like a true master.

A memoriam on John Freeman's Down the Tubes site:
http://downthetubes.net/?p=16500&utm_source=rss&utm_medium=rss&utm_campaign=in-memoriam-jim-petrie

...and The Beano itself have a nice tribute to him on their website:
http://www.beano.com/characters/minnie-the-minx/downloads/jim-petrie-1932-2014

I've selected a few pages of Jim Petrie work from my comics collection to show here. (Click on each image to read it full size.) Firstly a lively slapstick Minnie the Minx from The Beano No.1246 (June 4th 1966)... 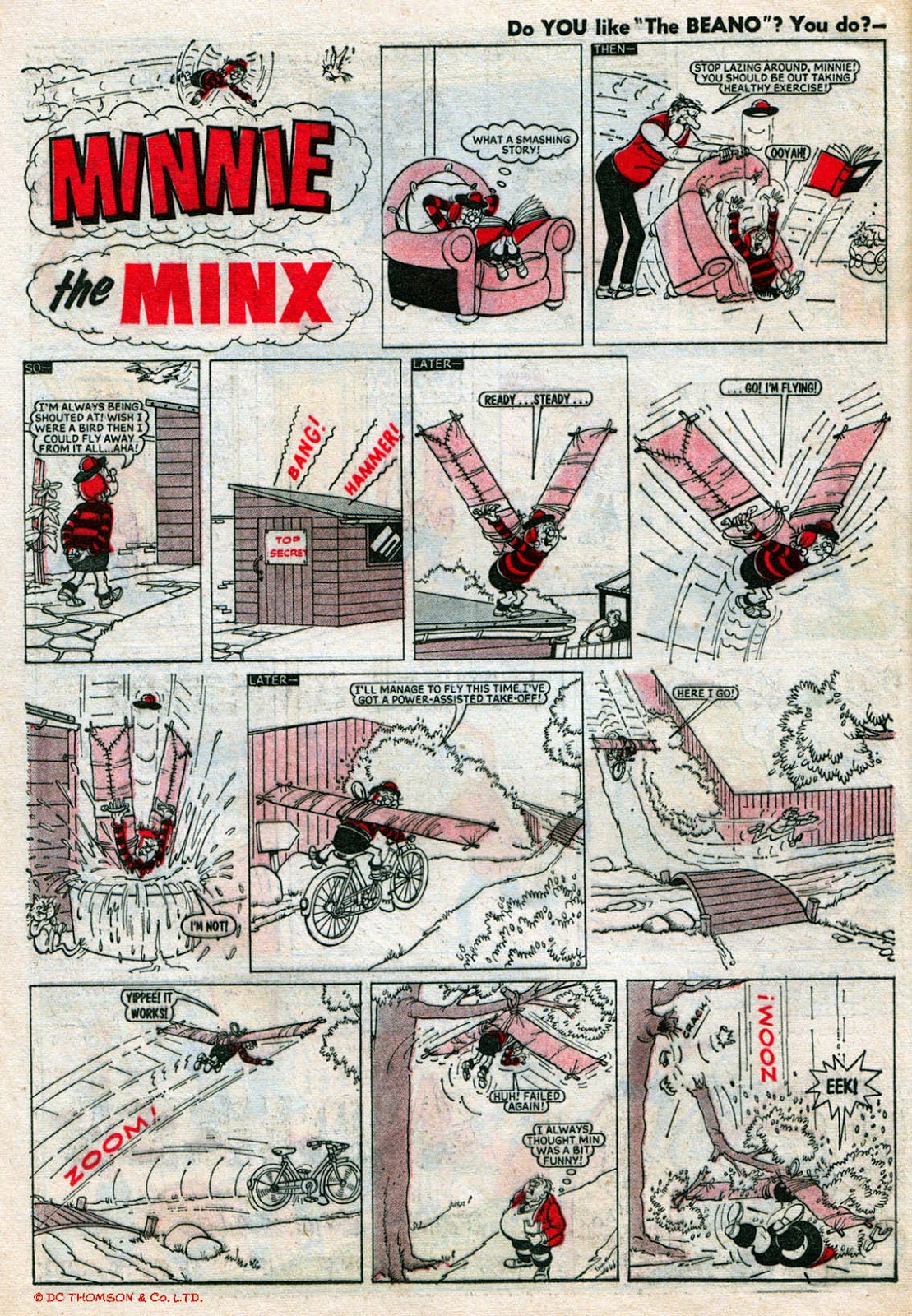 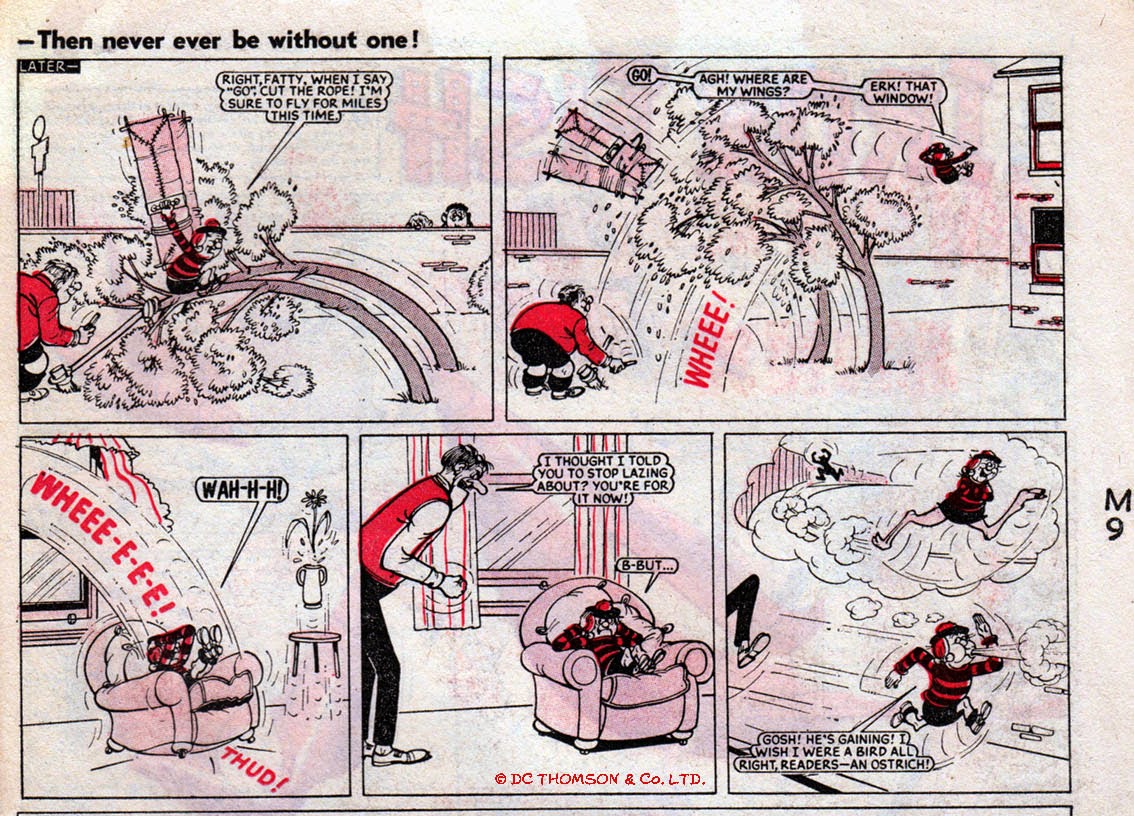 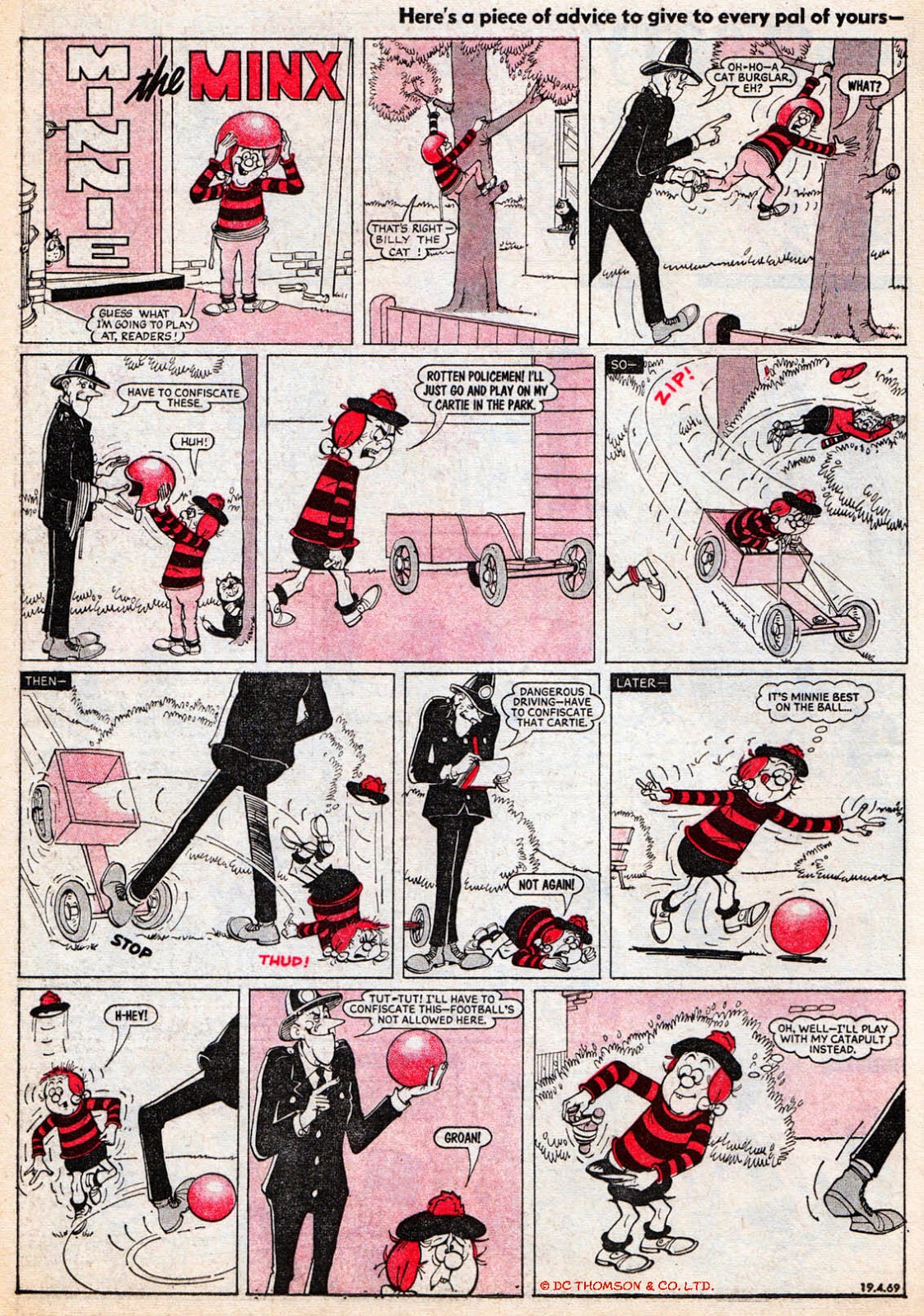 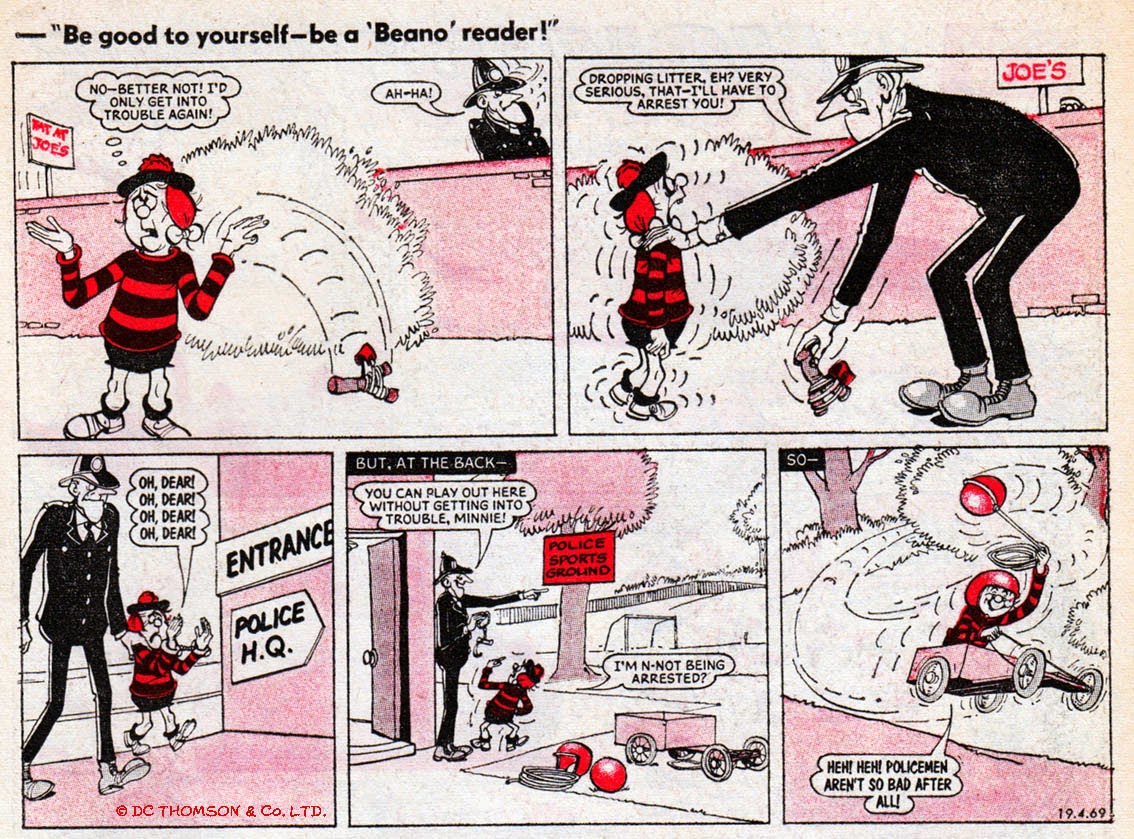 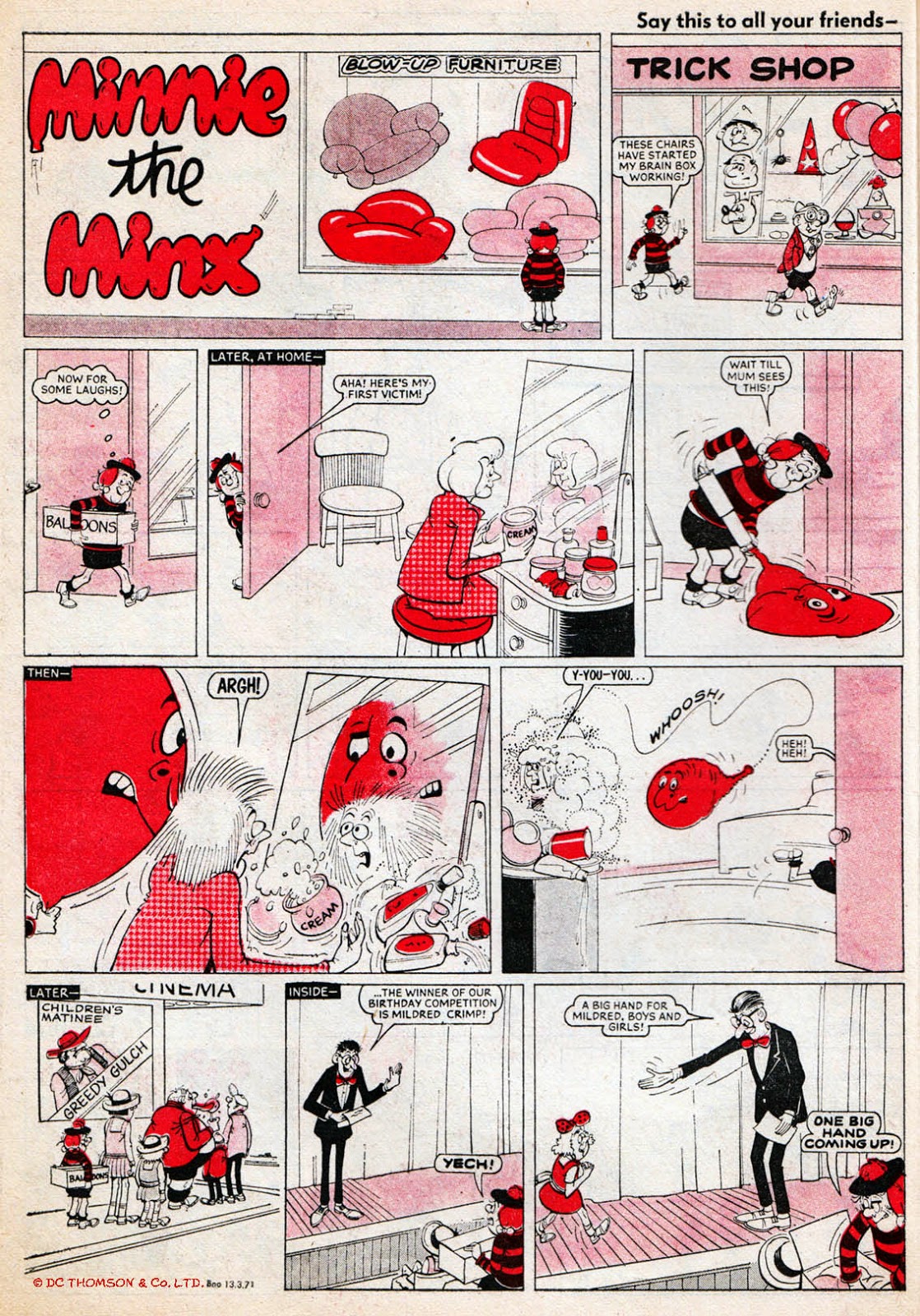 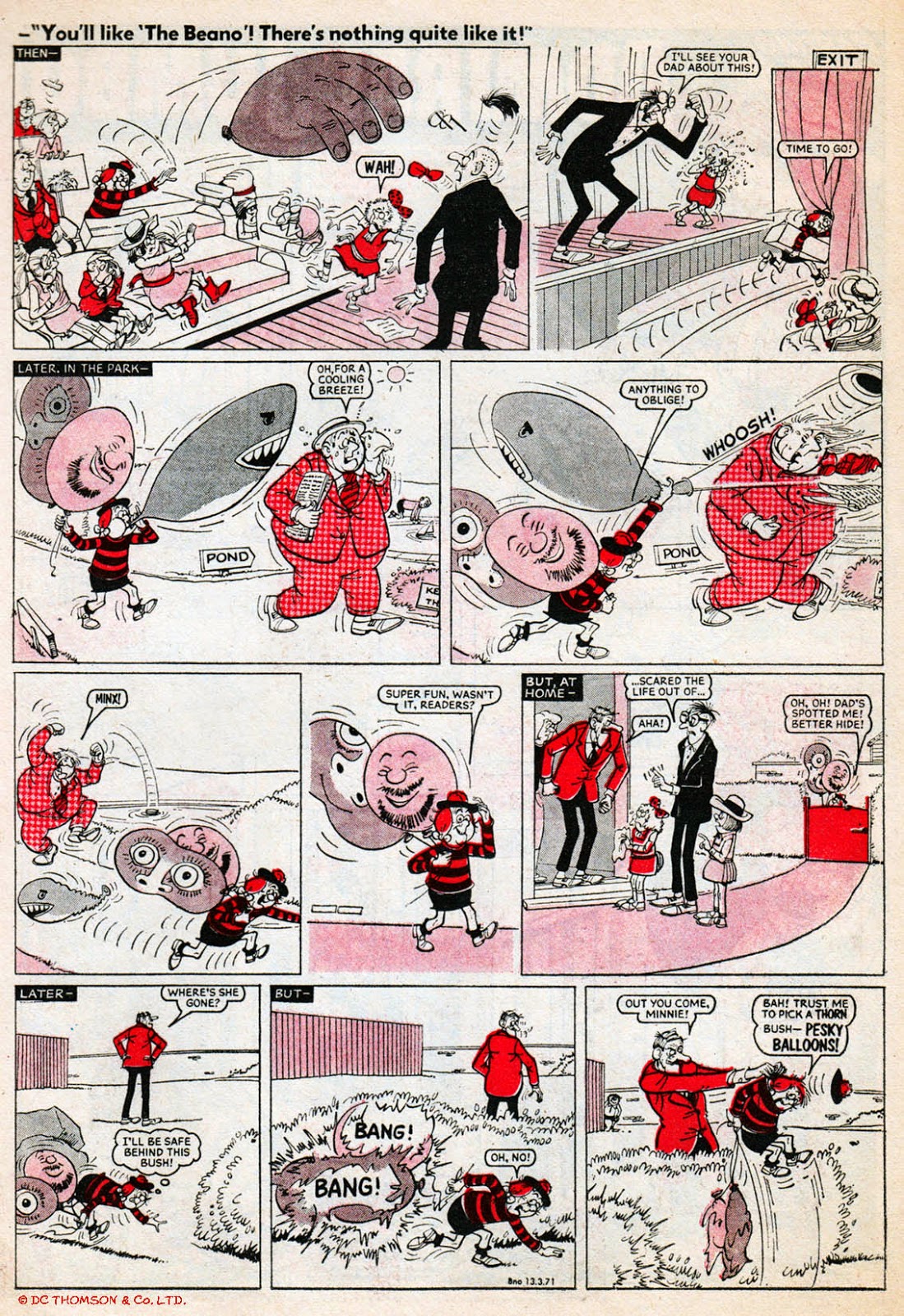 One of my favourite 1960s strips was The Sparky People that Jim drew every week. Excellent expressions in this one from Sparky No.223 (April 26th 1969)... 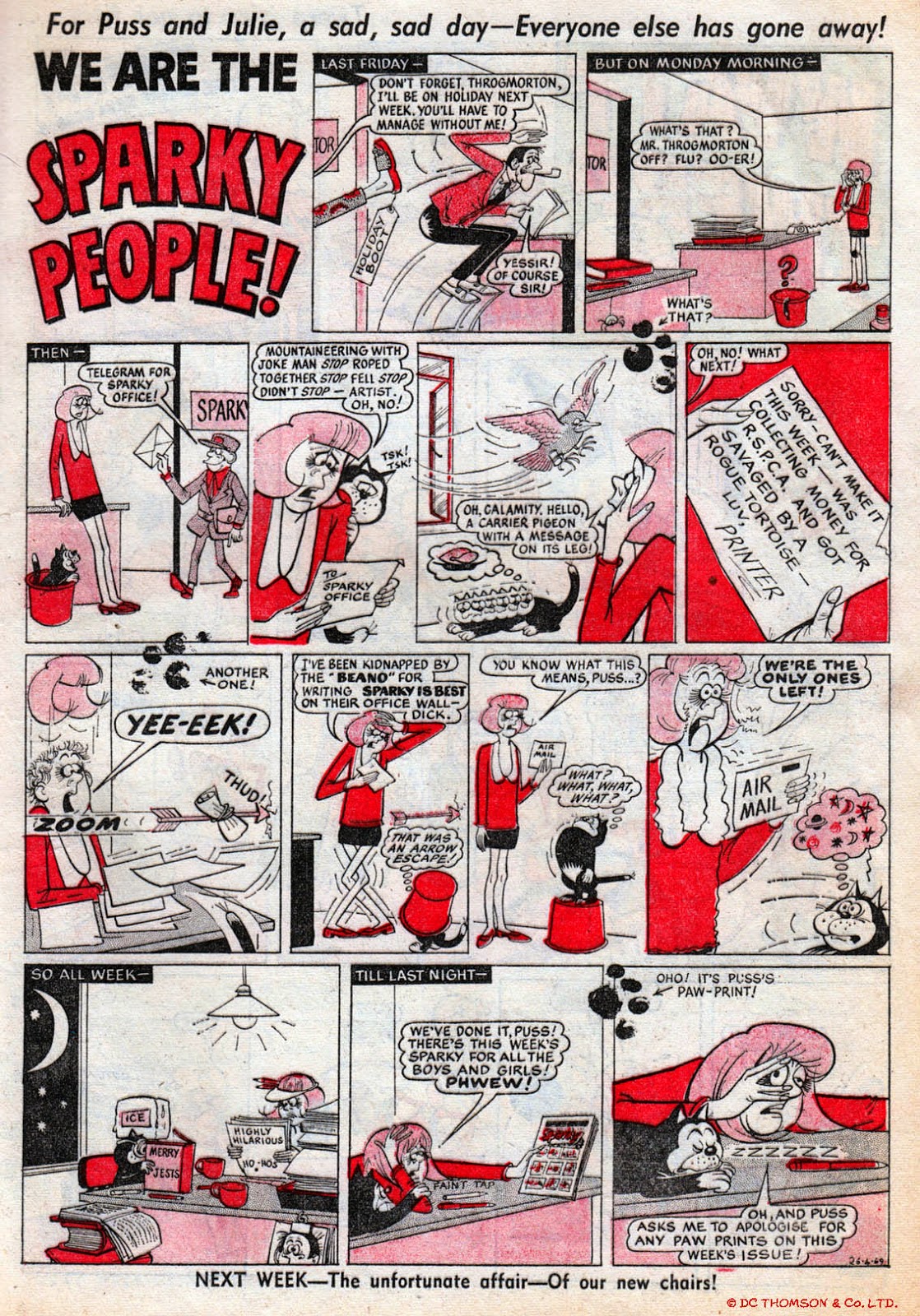 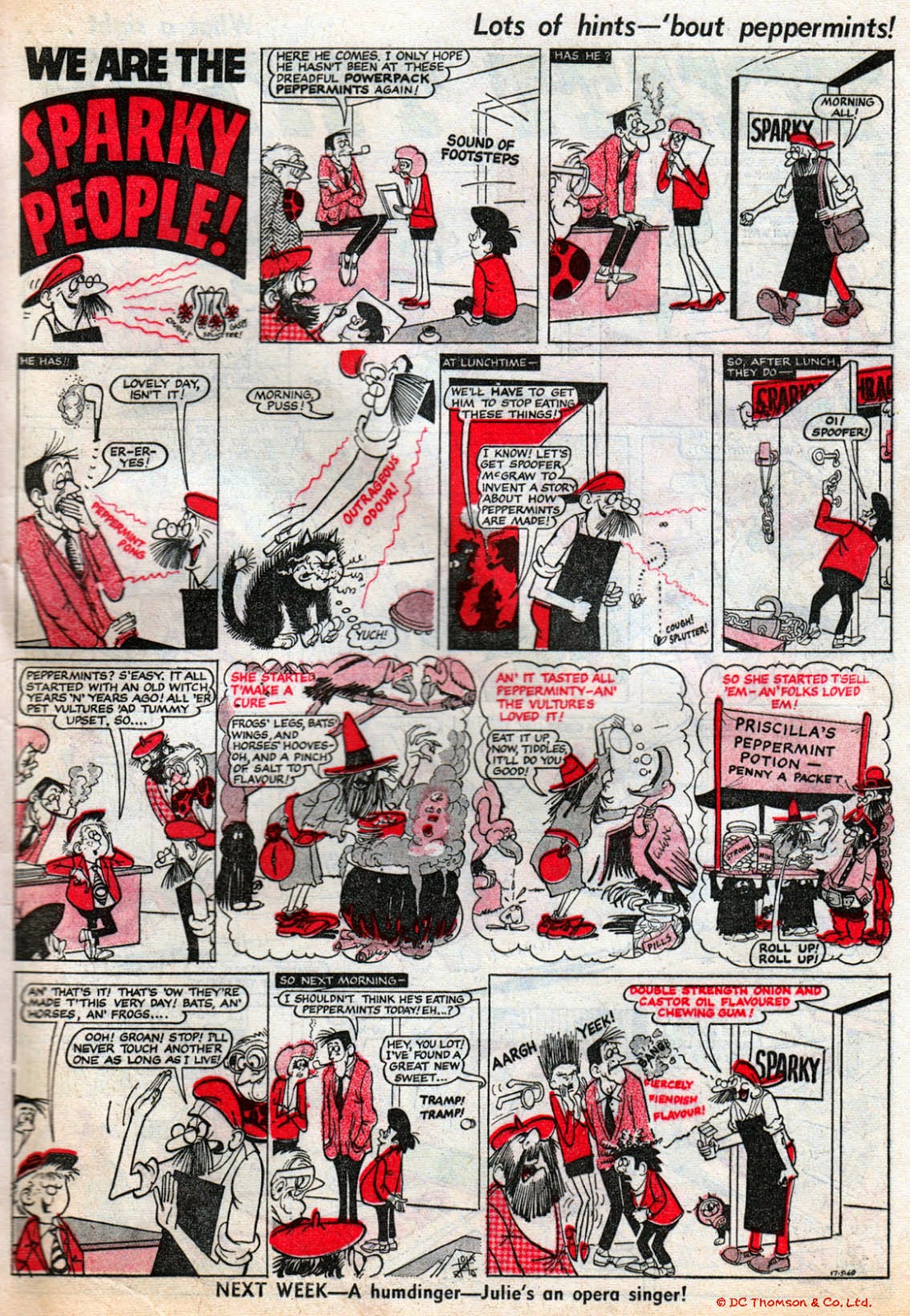 Finally, a Minnie the Minx full colour page from The Beano Summer Special 1994... 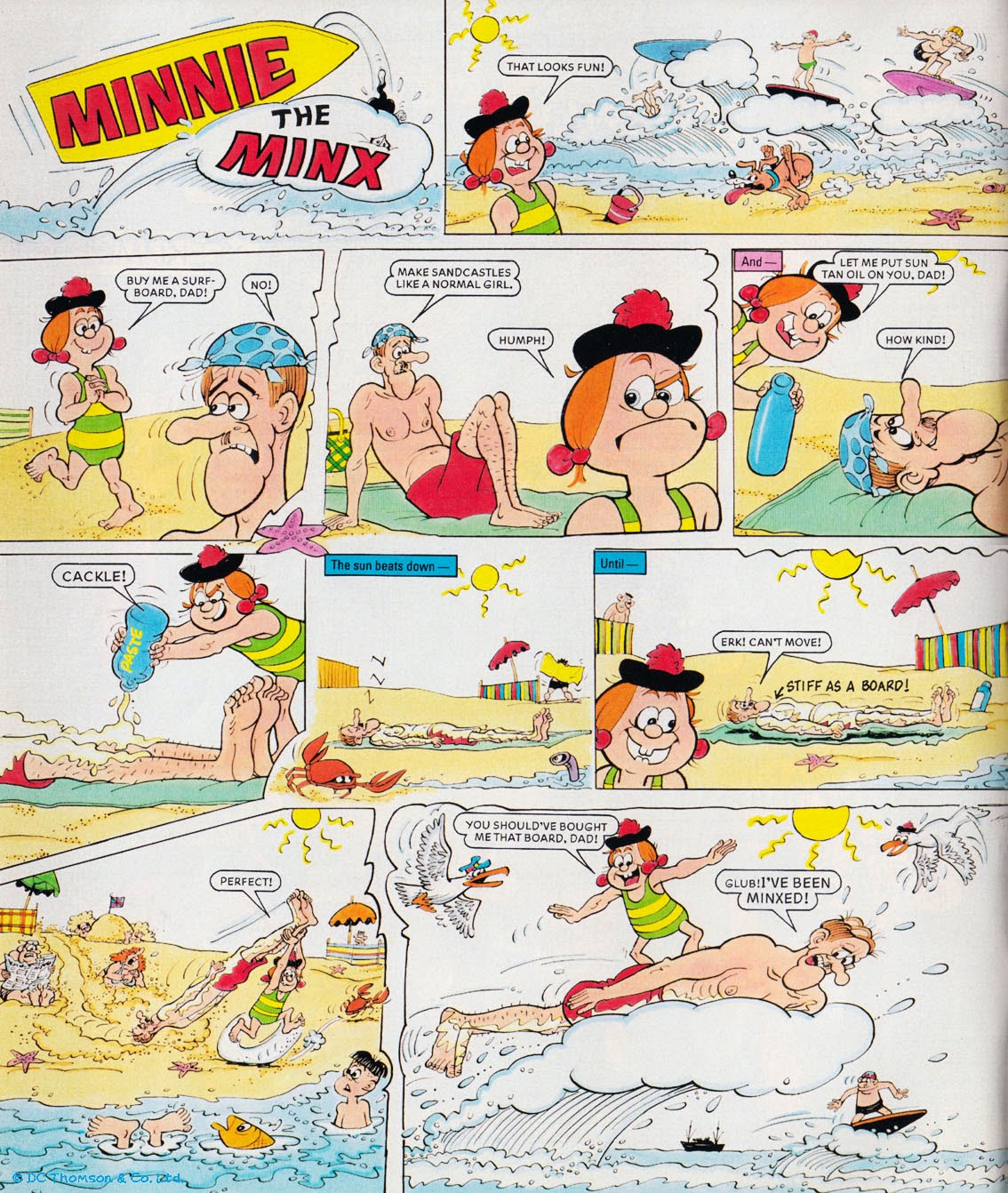 My condolences to Mr.Petrie's family and friends at this sad time. I hope they can find comfort in the fact that his work brought happiness and good cheer to millions of children for nearly 40 years. Rest In Peace Jim Petrie.
Posted by Lew Stringer at 21:20

Yes, his style was quite distinctive. It's a pity artists were not credited for years, although Jim Petrie chose not to sign his work even after Thomsons allowed signatures. Old habits die hard I suppose. (I think he signed his last strip if I recall correctly.)

He did sign his last "Minnie the Minx" strip, but I don't remember seeing his signature on his last ever strip for D. C. Thomson starring Fatty

Thanks Bruce. The Beano gave him a credit on that Fatty Fudge strip though. That one, and Jim's first and last Minnie strips can be seen at the link to a The Beano website given above.

Sad news, like other I only recently put a name to the artwork. I remember loving 'the Incredible Sulk' in Jackpott(?!) Great artist, he could get such movement in his artwork, like Fatty's humming bird tongue when he was about to tuck into some confectionery or other!

Yes, the Sulk was in Jackpot I think. (Never read the comic, but my first IPC work was for a Jackpot Annual.)

"Humming bird tongue" is a great description of that image. Yes, those exaggerations became even wilder over the years. Good stuff.