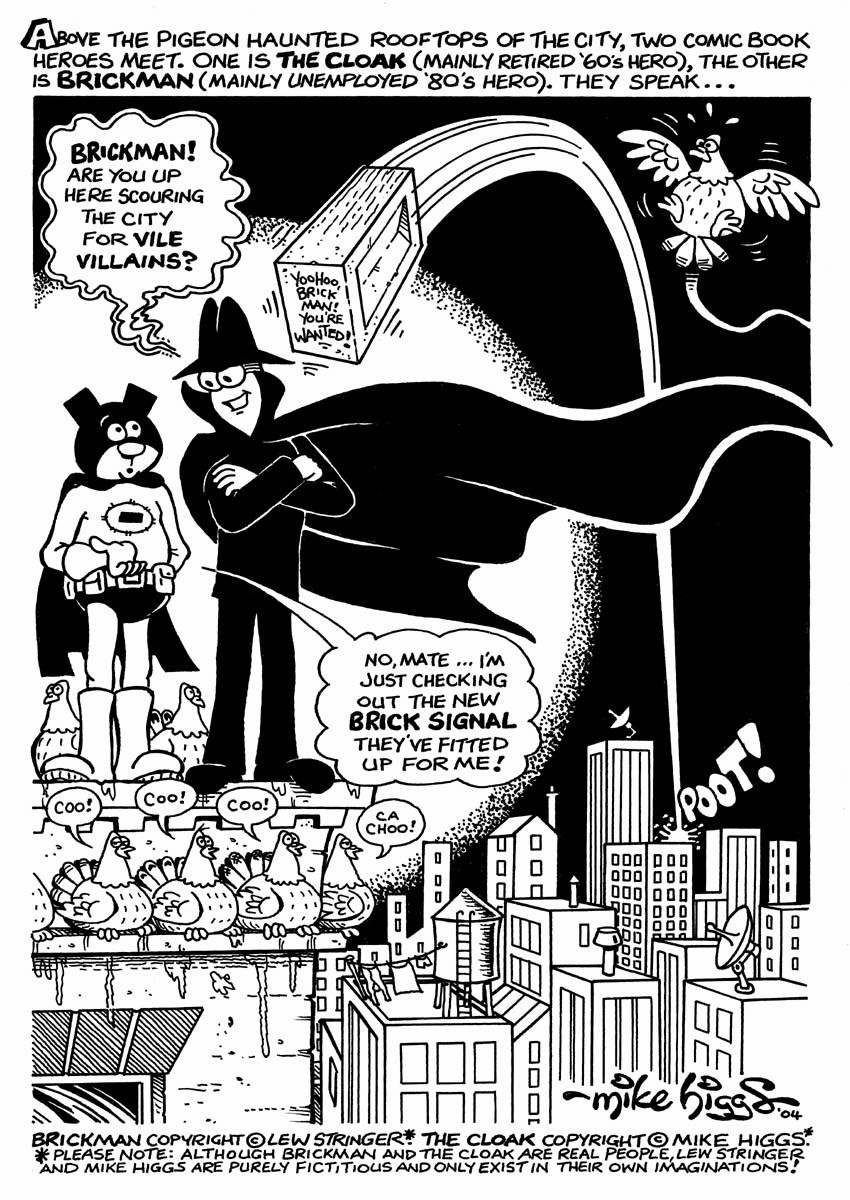 When I was 8 years old in 1967 my favourite comic strip was The Cloak, the humour-action spy serial that ran in the pages of Pow! weekly. Written and drawn by Mike Higgs in his own distinctive style, it felt very modern with its references to pop culture and something of a cool semi-underground look to it. Most other strips in British comics at the time still had something of the late fifties/early sixties about them, but The Cloak felt right up to date. Pow! sometimes carried the strapline: "Wow! It's Pow! The Comic of Now!" - well, The Cloak certainly fitted the bill.

I've blogged about The Cloak here before, such as at this link:
http://lewstringer.blogspot.co.uk/2007/01/enter-cloak.html

Thirty years ago I was fortunate enough to become Mike Higgs' art assistant for several months during the early stages of my comics career. It was excellent experience and Mike has been a good pal ever since. (One of these days I'll show some of the art from the children's books we worked on.)

Several years ago, Richard Starkings of Active Images in California put together a collection of my early Brickman strips and had the good idea of adding all-new pages by guest artists. Richard contacted people such as Tim Sale and Ian Churchill for contributions and I got in touch with a few people too. Naturally, Mike Higgs was on my list, and he produced the fine page you see at the top of this post. The Cloak! Back in print, - and with Brickman too!

The completed book, Brickman Begins! was published by Active Images in 2005. It's digest-size, has 152 black and white pages, and features all my Brickman strips from 1979 to 1996, plus a new four pager by me, plus loads of guest artist pages, unused art, and more. Alan Moore, from an introduction he wrote for a Brickman comic I did in the 1980s.

If you're interested, I still have some copies left. Swing your cursor over to my website here if you wish to order a copy by PayPal:
http://www.lewstringer.com/page7.htm 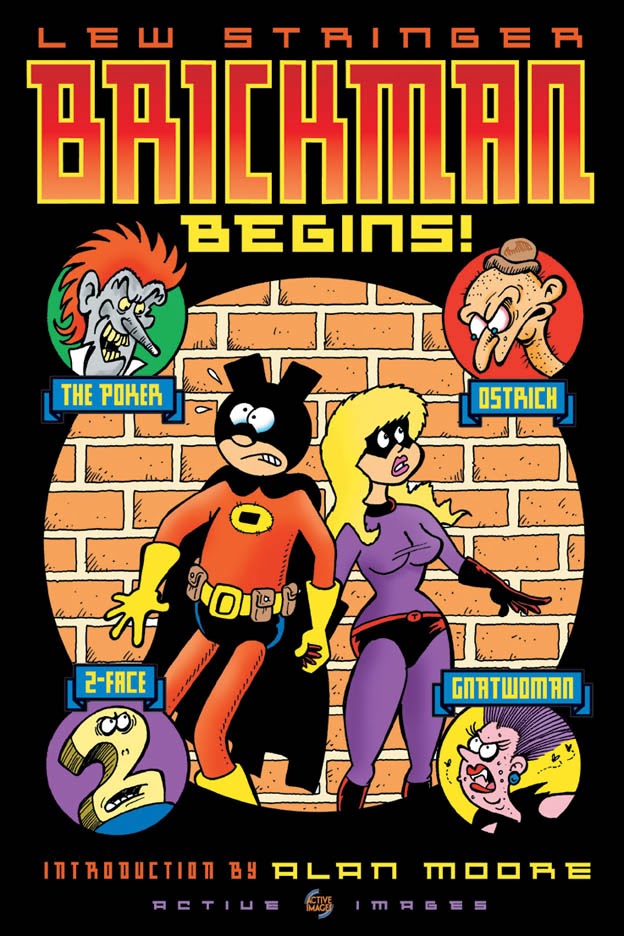