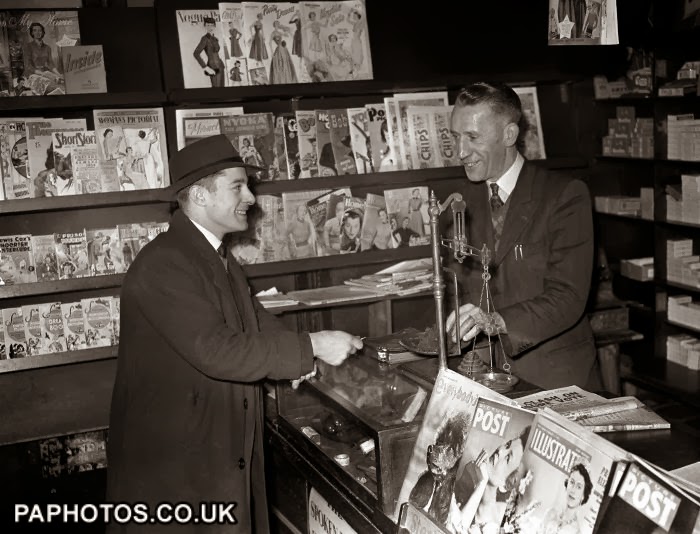 Here's a photo I found on the net recently; a tobacconists / newsagents from 62 years ago. By doing a quick search on eBay I've determined this is early February 1952 as the Picture Post covers in the foreground were dated Feb 2nd and the other Feb, 9th. 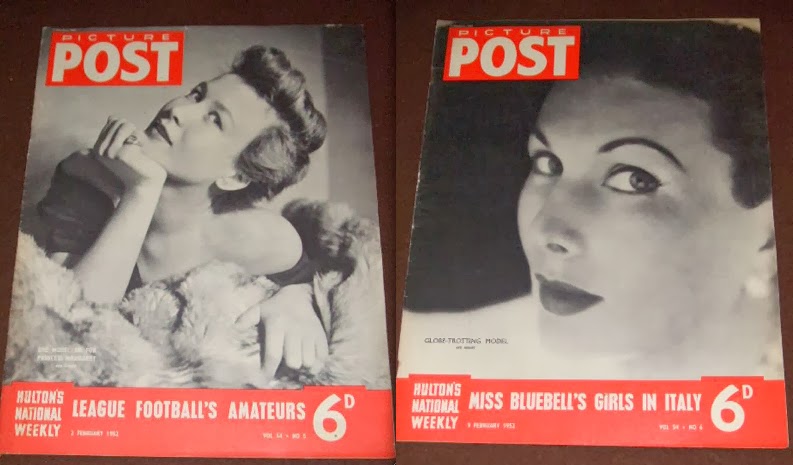 Behind the shop keeper weighing his customer a few ounces of tobacco you'll notice a few comics on the shelves. Nyoka the Jungle Girl and Hopalong Cassidy etc were published in the USA in 1951 but presumably these are British editions as US comic imports hadn't yet resumed after WW2. (Also, the one on the shelf has the 10 cents price missing, so definitely a UK reprint.) 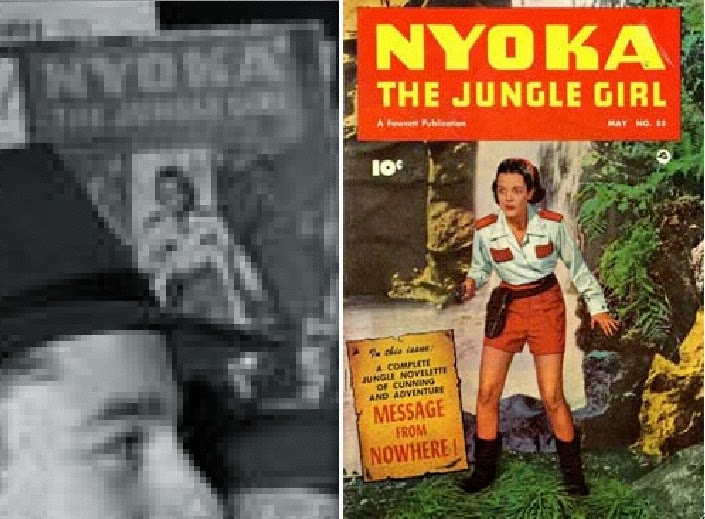 Alongside all the reprints of American comics we can see issues of Illustrated Chips on the shelf too, and what looks like The Dandy peeking out from behind it. 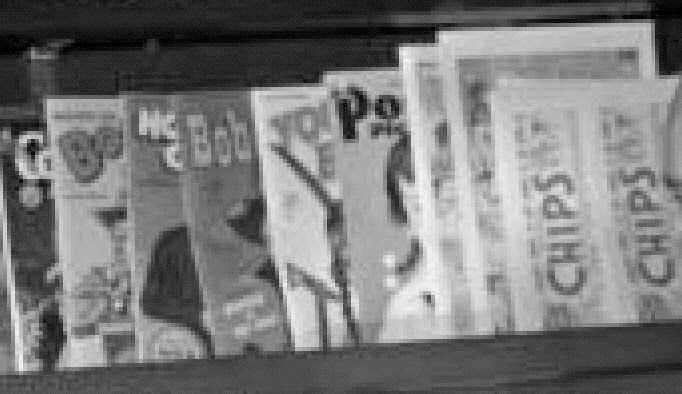 Elsewhere in the shop are a few pulp magazines such as Short Stories, plus an edition of Old Moore's Almanack and various other mags and fiction papers. Admittedly there aren't a lot of traditional British comics for sale in this particular shop. No Eagle, Film Fun, Radio Fun, or Comic Cuts for example, (perhaps they'd sold out) but all the publications are neatly displayed, and not a bagged comic in sight. Magazines and newspapers at the counter too, not scratch cards or lottery tickets. Reading matter took priority in the stock in those days. (Well, that and tobacco obviously.)

This is pretty much how I remember newsagents 10 to 15 years later in the 1960s, so things didn't change a great deal after this photo was taken. These days, many such shops have been converted into mini-markets, with periodicals fighting for space with ever-expanding lines of tinned food, cereals, confectionery, cheap booze, and anything else the retailer needs to stock in order to keep the business going. Such is life.
Posted by Lew Stringer at 01:11

Seeing this reminded me of a couple of years ago when, in a moment of madness, I tried to identify all the comics in an old photo from America. I only found out about the newsstand section of Mike's Amazing World of Comics after I'd done all the hard work! http://www.byrnerobotics.com/forum/forum_posts.asp?TID=41882&PN=70&totPosts=52

It's always good to see the comics in context like that I think. Helps us understand the times that created them.

Tobacconists / newsagents that are predominantly newspapers are certainly very rare. You can still find a few in London, even a few newsstands around Oxford Street. Even in the 60s, the newsagents I knew were pretty well stacked with food, etc but certainly the paper shelves really have to fight for a space in the store. The numbers of comics (US and UK such as Alan Class as well as the Misty / Bunty / Tiger / Hurricane etc have all long gone) and there seems to be fewer magazines around now, not that you would believe that when you go on sites such as issuu.com and a near endless display of mags.

Very true, Andrew. These days the best places to find new UK comics are speciality shops or at the many comic cons around the country.