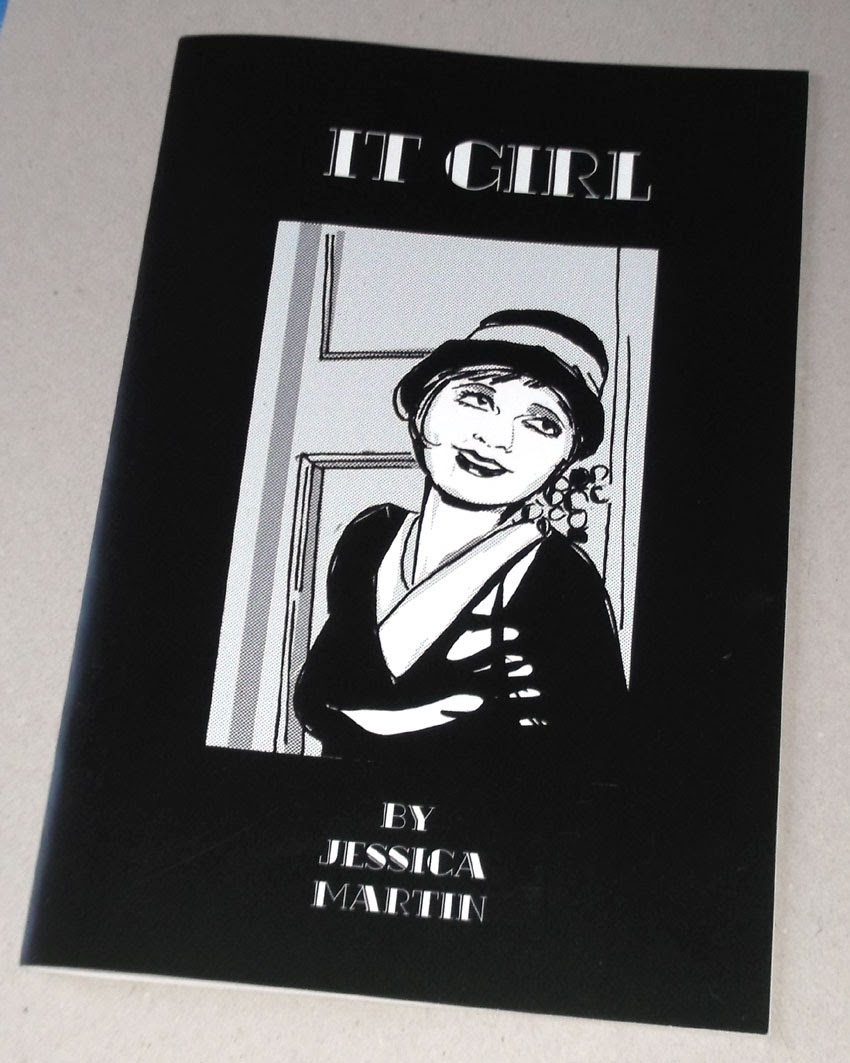 As I did, you probably recognise the name Jessica Martin for her work as an actress, singer, impressionist and writer. She's accomplished a lot in her career, including appearing in Doctor Who, various TV variety shows, theatre work, and providing voices for Spitting Image. Recently Jessica's already impressive list of talents increased with the release of her own comic, It Girl.

The 'It Girl' of the title isn't a Marvel mutant but is, as the film aficionados amongst you will have guessed, silent movie star Clara Bow who, in 1927, starred in the movie It, which quickly established her as a Hollywood legend. ('It' being the charm and sensuality that Clara Bow had, and which countless movie stars have pursued ever since.) 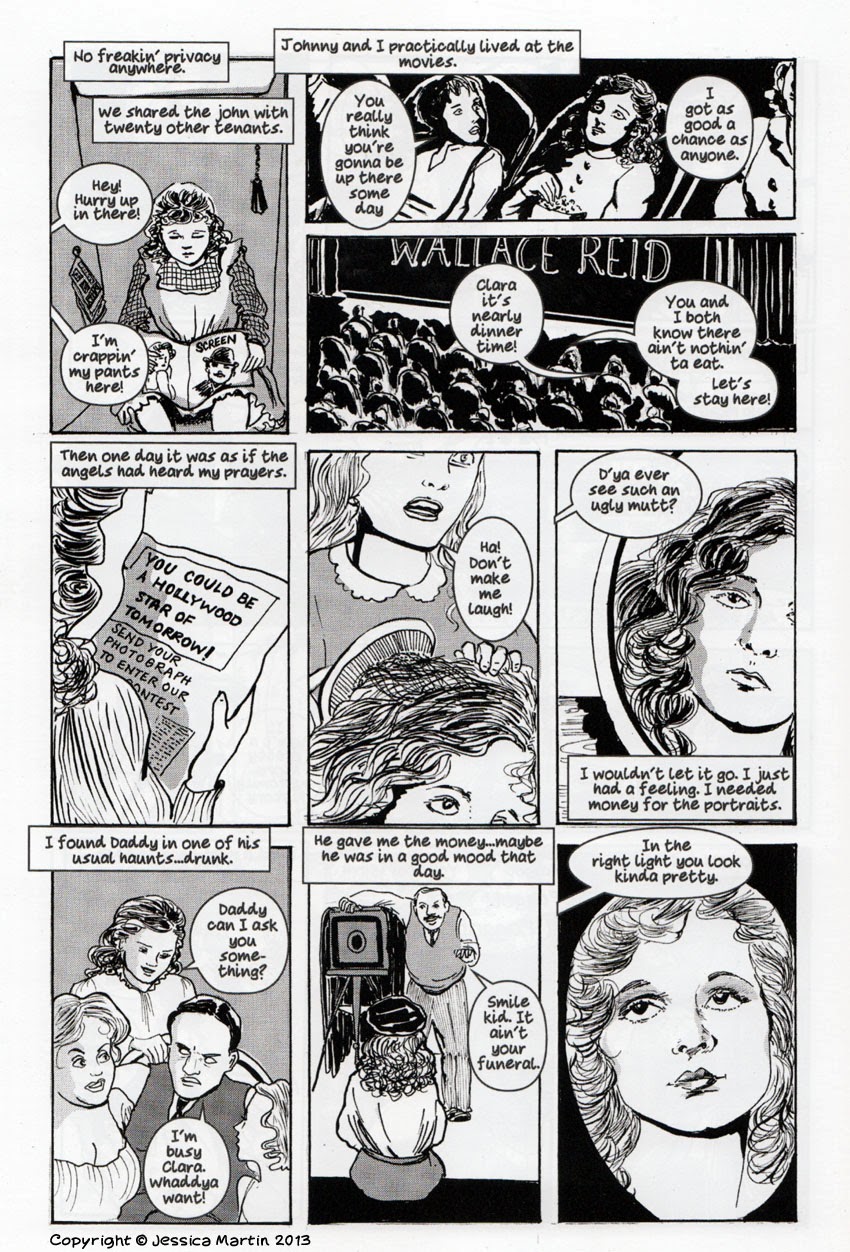 Jessica Martin's comic tells the true life story of Clara Bow, from her hard beginnings in Brooklyn, through her rise to fame, the scandals, and to her final days. Considering this is Jessica's first published comic it's a very impressive debut. There's a lot of information packed into the comic but it's a story well told and, most importantly, is a story with heart. The artwork is likewise very engaging and quite emotive in the right places. Thought has also gone into the design of the comic, which reflects the elegant era of the story's setting. 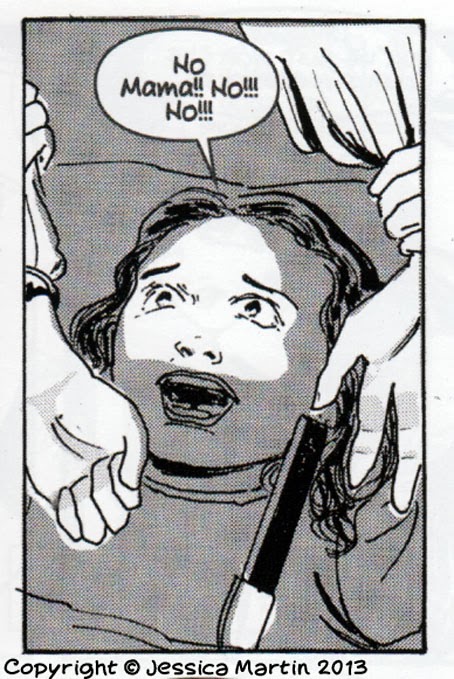 It helps that Jessica Martin is passionate about her subject matter, with an interest in the early days of cinema. Like early British comics, this is an area that is sadly becoming forgotten, or even never learnt about by new generations. I think anyone with an interest in film would benefit from knowing about the pioneers of cinema and its stars. Admittedly, most people have heard of Marylin Monroe, even almost fifty years after her death, but Clara Bow was the original It Girl, who sadly suffered a similar rise and fall that has befallen others since.

In the back of the comic there's an eight page preview of the graphic novel that Jessica is currently working on: Elsie Harris Picture Palace. Again, set in the early days of cinema (the 1930s in this case) but this time it's from the viewpoint of the fictitious Elsie, an avid movie fan who works as a waitress in London. Even from these few pages there's quite a bit of research into the period that's evident. I'm looking forward to seeing the completed book and to future comics from this creator.

You can buy It Girl from Orbital Comics and Foyle's bookshop in London, or you can order it directly from Jessica Martin's website (where you'll also find info, TV clips and music samples of Jessica's many other accomplishments).
http://www.officialjessicamartin.com/

This page takes you directly to Jessica's Emporium where you can order the comic and other items:
https://www.officialjessicamartin.com/shop/index.php

Email ThisBlogThis!Share to TwitterShare to FacebookShare to Pinterest
Labels: It Girl, Jessica Martin