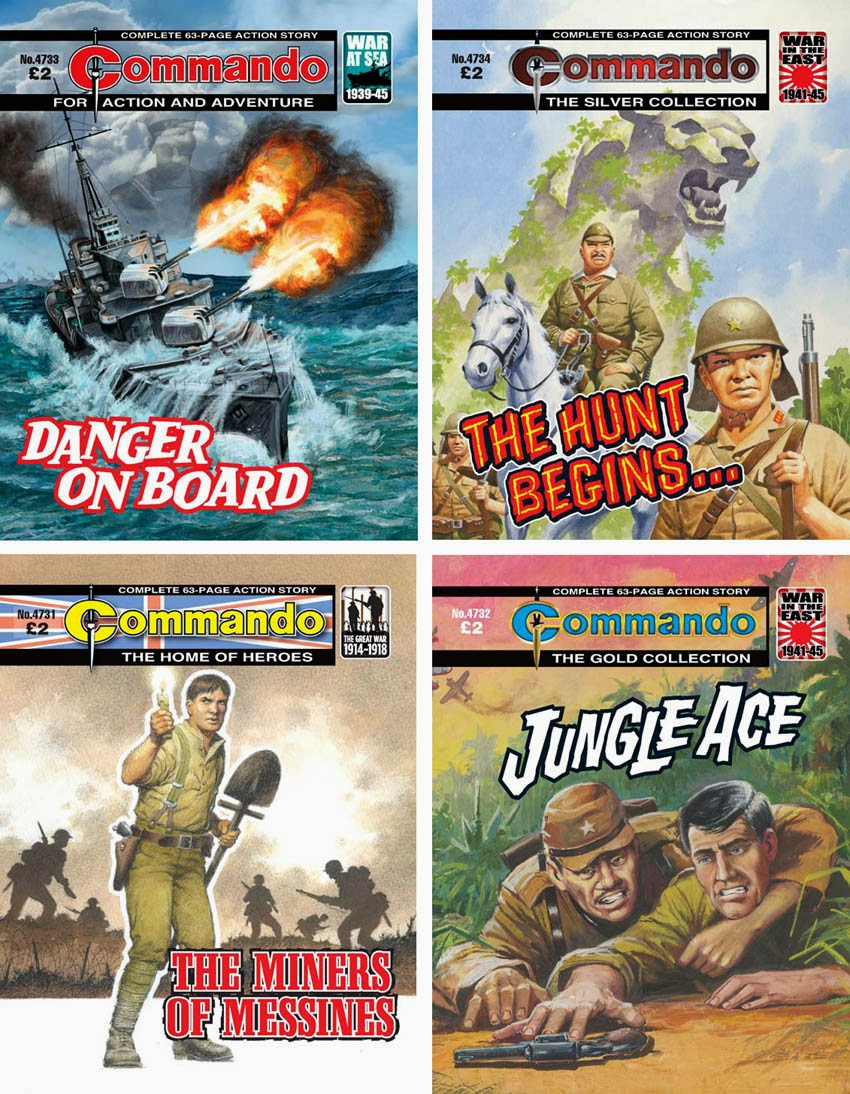 Commando No 4731 – The Miners Of Messines

On the morning of the 28 June 1914 two pistol shots fired in a Sarajevo street had plunged the world into war and pitched men of all nations against one another. By 1917, men faced one another over a narrow strip of No-Man's-Land, unable to advance without incurring massive casualties.
One group, though, could move across that gulf much more easily, for they were tunnellers who operated deep in the earth. Yet even they were far from safe. This is the story of...
The Miners Of Messines

As a tribute to those who served during the years 1914-1918 — on the Home Front or at Front Line — Commando has produced a series of stories of characters caught up in the tumult of the First World War. None of them are real people but we’d like to think that the experiences they have will not be a million miles from what actually happened to so many.
Last month, our story took our heroes into the battle for Vimy Ridge and this time it’s another ridge which dominates proceedings. However this one’s at Messines but the lads at the core of this tale aren’t fighting up its slopes, they’re burrowing underneath. Not a yarn for the claustrophobic.
I hope you enjoy this and the other stories in the series as much as we have.

He flew alone, and he piloted a plane the like of which the RAF had never seen —a jet-black Mosquito.
The only thing in all Burma feared by the all-conquering Japanese, the Mosquito came upon them like a screaming black shadow and as mysteriously disappeared, leaving utter destruction in its wake.
Meet the pilot, the man who built this terror plane, the one they called “Lone” Wolfe.

First of all, a warning — this story does not paint the Japanese in a very good light. Actually that’s a bit of an understatement. So if you’re easily offended, steer clear. That said, it doesn’t paint the “hero” in a particularly good light either. He’s obnoxious, cordially disliked and a man obsessed with war and killing.
The foregoing doesn’t sound like a ringing endorsement, but in actuality the Fitzsimons narrative works well, pulling you along at a pace that lets you ignore other considerations. Helping out considerably is Medrano’s very precise black-and-white art. As pin-sharp and well-proportioned as any, it puts him right up there with the best comic aviation artists.
Chaco’s cover is a lovely piece, but don’t be misled. This is an air story.

HMS Apollo was one of many Royal Navy destroyers which escorted vulnerable merchantmen as they steamed beyond the North Sea and across the dangerous waters off Northern Russia. Doubly dangerous, for the Germans seemed to know their every move, with an alarming number of ships being sunk by Kriegsmarine U-boats and destroyers.
Midshipman Johnny Clark began to wonder if the enemy had some kind of help in obtaining their information. Surely none of the Apollo’s men could be a traitor…could they?

The valley entrance was dominated by the rock carving of a huge tiger, poised as if guarding the pass.
To the Japanese soldiers it was a chilling reminder of the talk of the natives…that a giant man-eating tiger stalked these parts. But to their ruthless officer this was nonsense. He was enjoying his favourite sport of hunting down escaping POWs, and he wasn’t going to let any superstitious rubbish get in his way!

Introduction
For me, Commando’s toughest tales have always been set in the unforgiving jungles of the Far East. This really hit home when the Gold Collection started to re-visit the earliest jungle stories originally published from 1961 onwards. Having been too young to read them first time round, I was genuinely surprised by just how hard-hitting and gritty they were.
Although The Hunt Begins… is from 1989, it certainly evokes those edgy 1960s classics, with some unrelenting action and a monstrous villain at its core.