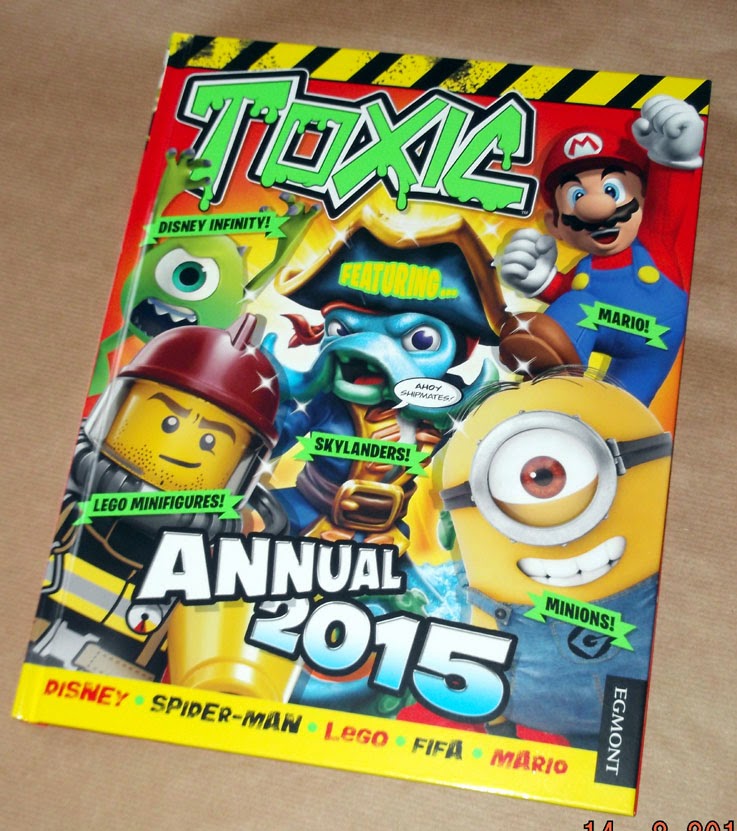 Although Egmont have been publishing Toxic magazine since 2002 the popular title has never had an annual devoted to it... until now. Toxic Annual 2015 has just been released so here's a brief preview of the contents.

I've been writing the Team Toxic strip since issue No.1 of Toxic, and drawing it since issue 14 or 15 so I was pleased to be asked to contribute a double length TT story for the annual. Double Trouble sees the return of one of the Team's long established bad guys, Techno Troll, who creates a Bogeyman out of discarded bogies. Can Team Toxic stop it from destroying the city? Probably, but then another enemy turns up! 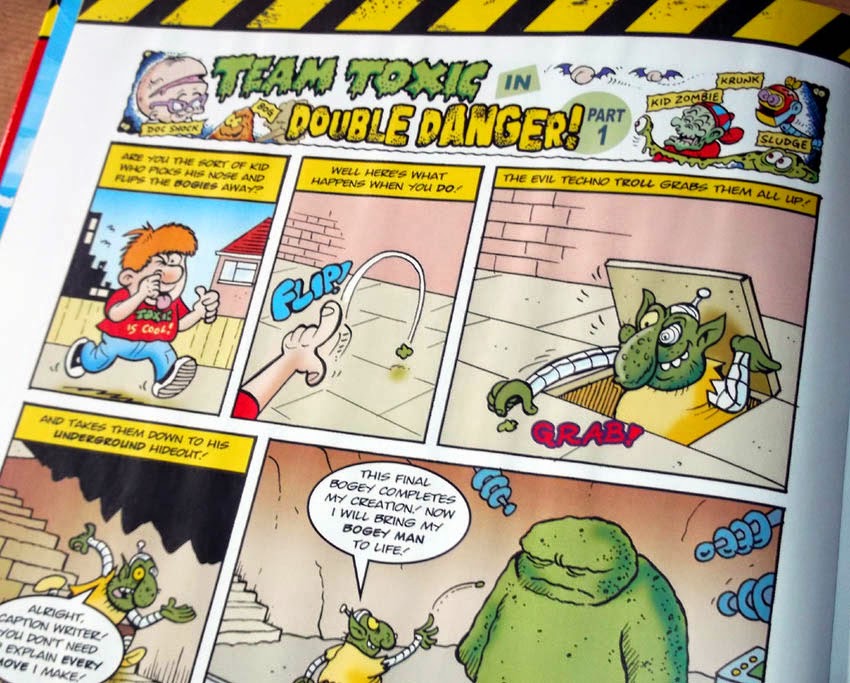 There's also a double helping of Captain Gross strips by Russ Carvell, featuring the stinkiest superhero this side of Red Sonja... 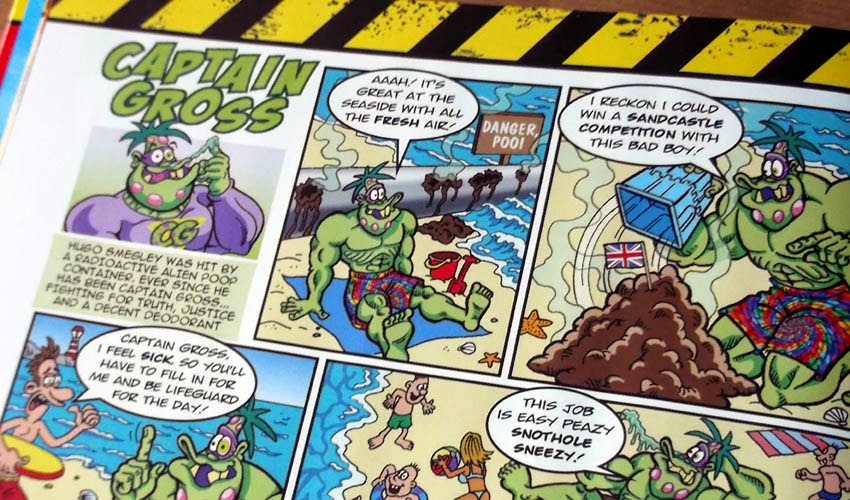 Towards the back of the book there's a reprint of a Team Toxic strip I did a few years ago, - Stinky End! The Team have retired to a village of piped blazers and straw boaters... or have they? Fans of The Prisoner classic TV series might like a few of the touches in this. 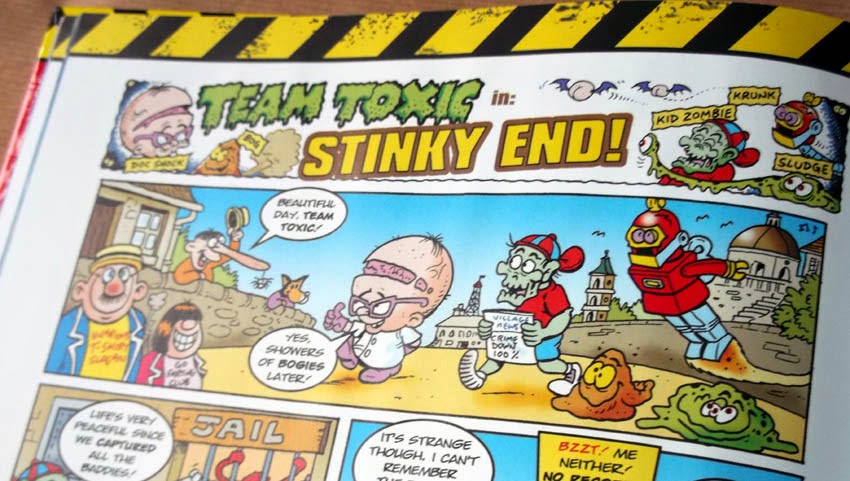 The majority of the annual is comprised of short snappy features and puzzles, mostly related to popular brands for children such as Skylanders, Pokémon, Lego, Super Mario and suchlike. The brief editorial at the front of the book tells us they've "gathered the best moments" from the magazine so I think most of the features are reprints. 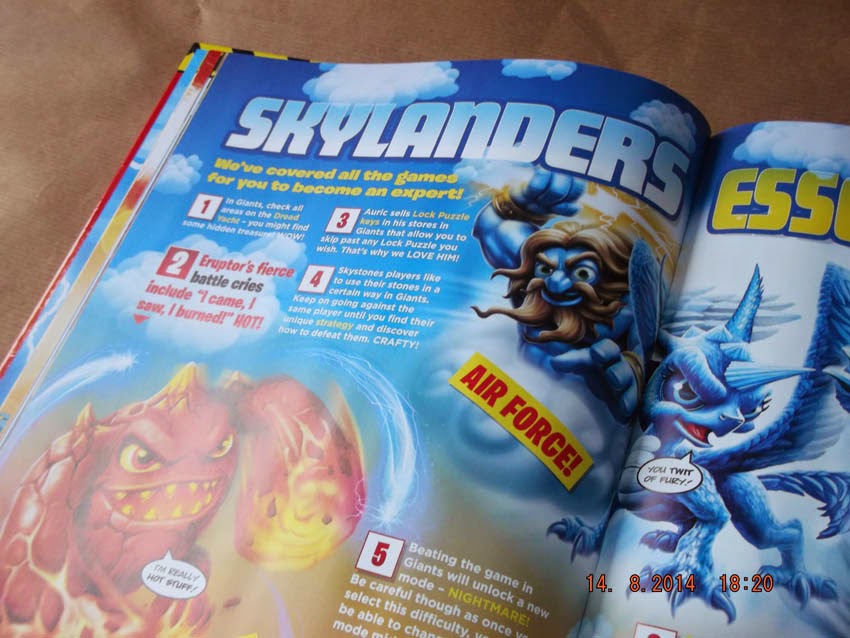 The book is very slim at 72 pages including covers, but 10 of those pages are comic strips so hopefully it'll appeal to some readers of this blog. The target age group for the annual is 5 plus, and I think it'd certainly be a very entertaining book for children of all ages. 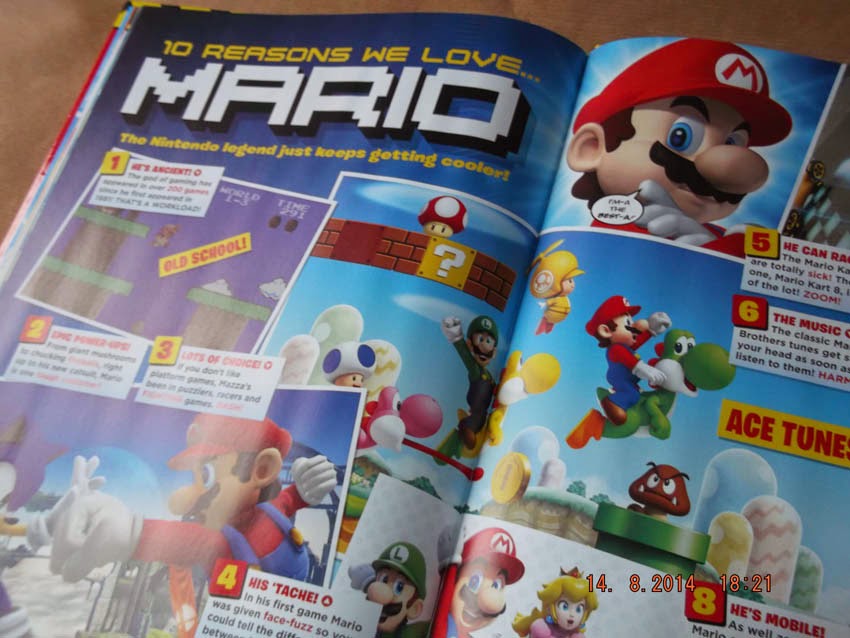 £7.99 for ten pages of comics and 62 pages of filler crap. Little wonder kids are turning their backs on comics.

Toxic mag sells 50,000 copies an issue and has been running for 11 years so the kids it's aimed at presumably like the features and don't consider them as filler.

While that is true, how many buy it for the strips? I'd suggest if the strips were absent most of them would still buy it as they are buying it as a magazine not a comic.

I know it's not aimed at me but my nephew, who was until recently a Toxic reader and their intended audience, stopped buying it because apart from the comics it's full of rubbish. His words not mine.

He would rather it was like the Beano or his much missed Dandy and have comics cover to cover but sadly I guess he's in the minority among kids these days.

The strips in Toxic are popular, which is why they keep them going. Team Toxic went to reprint for a year or so but then they started commissioning new ones from me, presumably because the kids like it.

The features are popular too, and the brand recognition doesn't hurt of course. Putting Skylanders or Lego in it hooks readers. The problem is budget, as always these days. When publications used to sell a quarter of a million copies they could afford to splash out on more strips. It's less easy for editors to justify that to the accounts department these days.

Sadly, there's a generation who have grown up to expect 'comics' to be based around merchandised brands and to heavily feature activity pages. Comics have struggled to find an audience for decades, when competing against TV, video games, websites, and other distractions.

The Beano still holds its own, partly because its become a brand in itself really. I'm sure some readers discover it because they've already seen Dennis and Gnasher on TV for example.

I agree with you though. I wish publishers would just try and see if a new 100% comic would work, but it's a big gamble with a high cost. There is a brand new children's comic coming out next month which I'll be reporting on soon. (Nothing to do with me, but I'll happily plug it of course.) They're doing it as a special first, to see how it sells. Independently published. I'll big it up as soon as I receive more information.

That's great news Lew. My nephew will be excited to hear that. I look forward to hearing more.

As soon as this annual hits the shops it'll be discounted no doubt. Smiths usually have a "2 for 1" deal or similar.

Probably buy one (at full price), get one for £1. That's what it was last year. Then after Christmas the leftovers went down to £2. I think Waterstones did the same deal.

Hopefully most people won't wait for the drastic discounts. It's not worth publishers continuing to do annuals if that becomes the norm.

72 pages isn't too bad, I remember Marvel UK's annuals were 64 pages, including the hardback covers and the inner pages of them which were duplicated for the back covers too. Seems like a good thing for fans of this title to finally have one and hopefully it'll sell well enough for them to commission more strips from you for following years.

Thanks Phil. They could easily have filled it with reprint so the fact they commissioned new strip pages is a good sign I think. Plus the extra work was appreciated of course.