Stand By for Action! 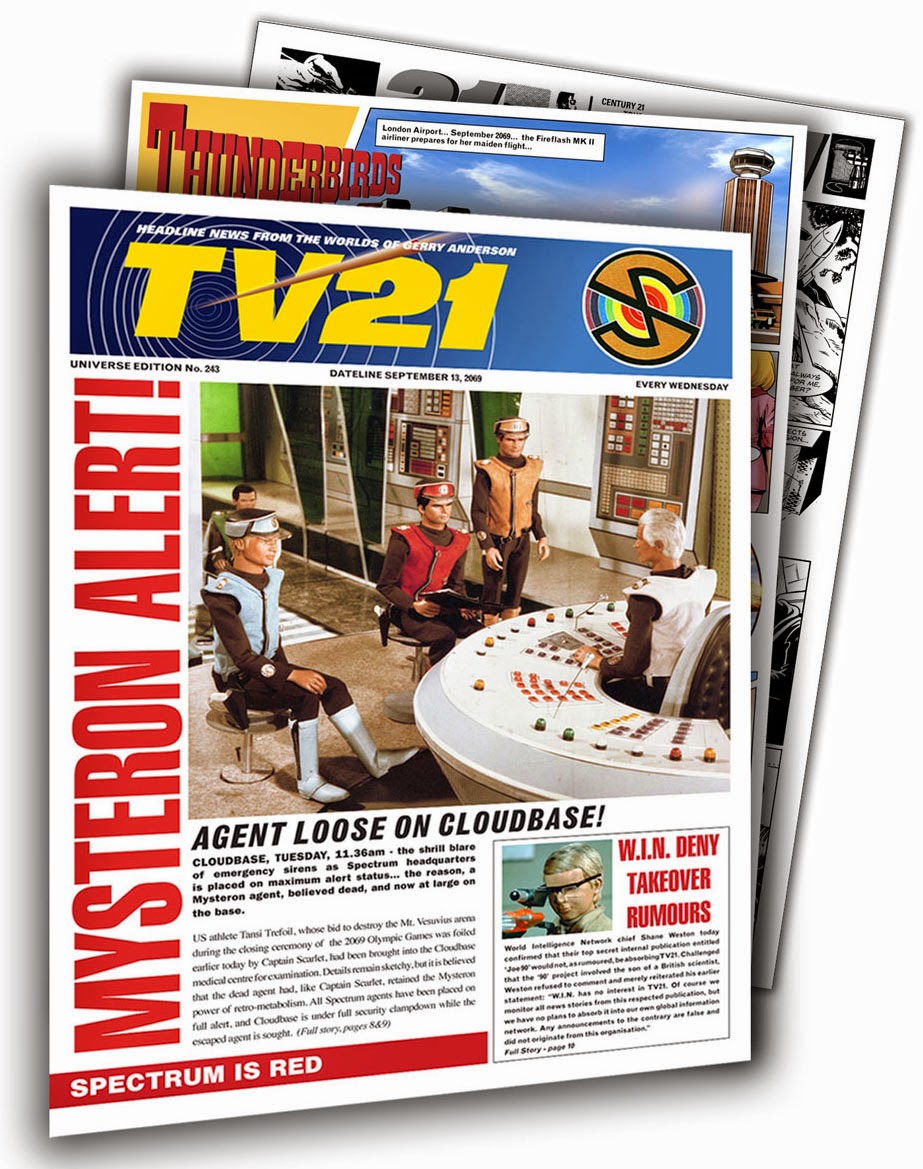 More details have emerged regarding the limited edition Supermarionation Blu-Ray box set that Network are producing. You can now pre-order it from the company's website at a specially discounted price until October 20th at the latest.

You may recall that I recently reported that it would include the return of the much-loved TV21 comic as an all-new specially printed one-off edition as just one of the items in this collection. Here are the full details of this amazing box set from the Network website.... 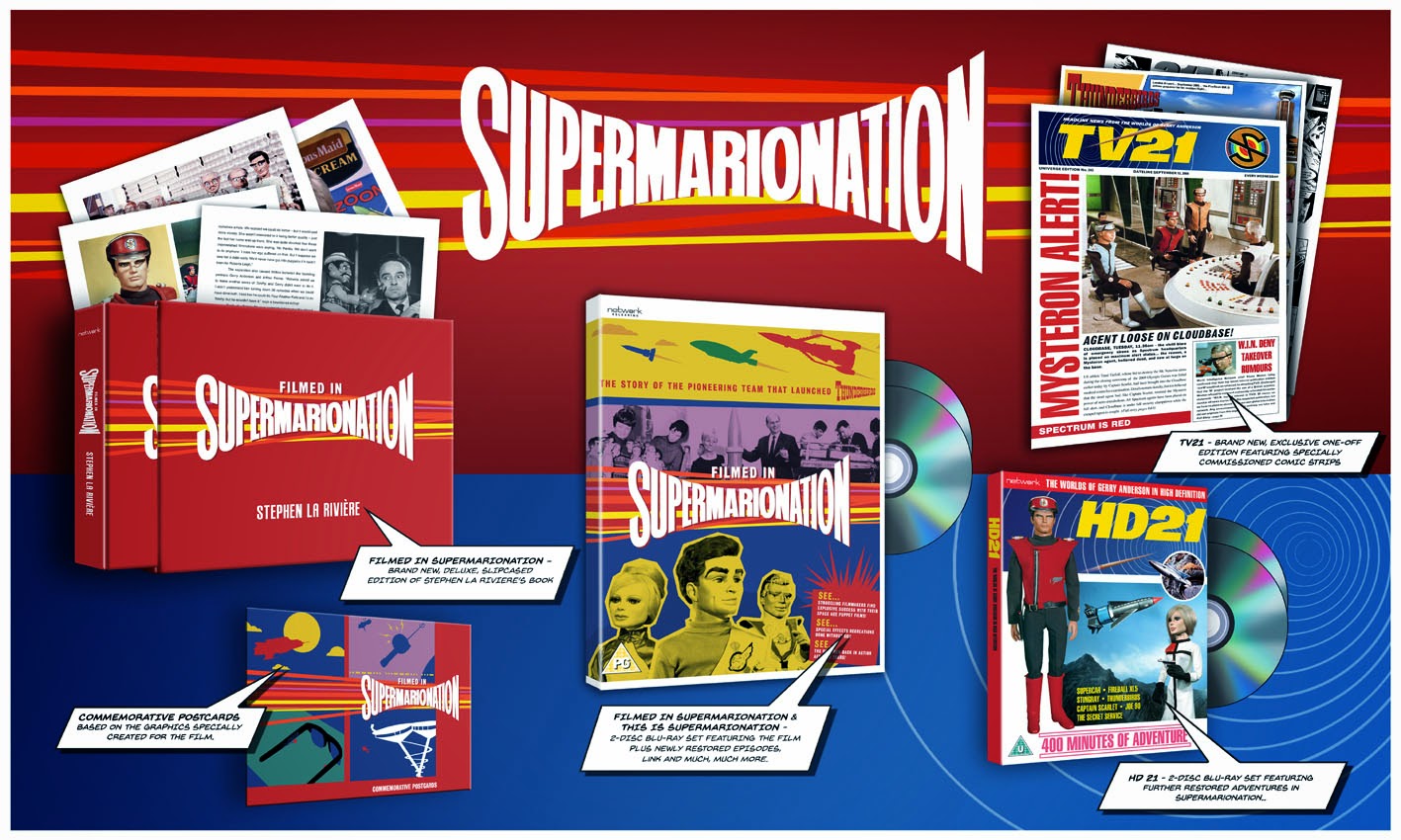 Stand by for action and pre-buy your copy now!

It's the ultimate box set for aficionados of Gerry Anderson's iconic Supermarionation series and it's available to pre-buy right now from networkonair!

Limited to just 2,500 copies, it marries the brand new film, Filmed in Supermarionation, with a selection of key episodes from the Gerry Anderson archive, all painstakingly restored in High Definition for the first time from the original film elements.

A newly expanded and redesigned edition of Stephen La Riviere’s book is also included as well an exclusive one-off TV21 comic, and a wallet of postcards featuring newly created artwork based on the film’s graphics, all presented in a beautifully crafted box. 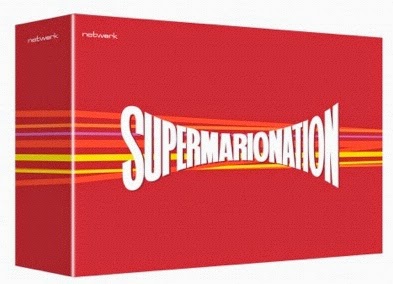 FILMED IN SUPERMARIONATION - BLU-RAY
Stephen La Rivière brings his acclaimed history of Supermarionation to the big screen, with a mix of newly filmed interviews, rare and unseen archive footage, reconstructions of the Supermarionation techniques - all hosted by Lady Penelope, Parker and Brains. The Blu-ray edition features a wealth of special features including extended interviews and full-length archive material 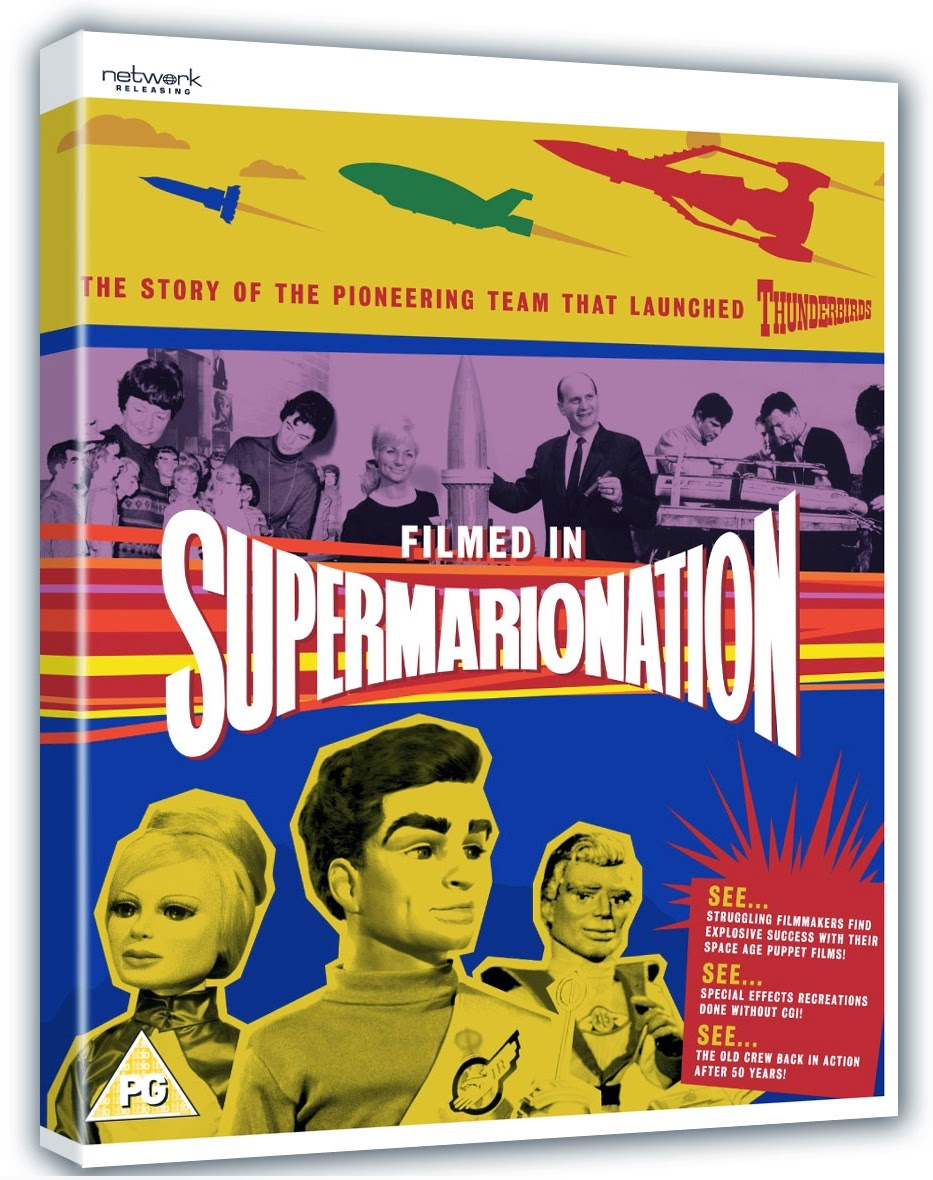 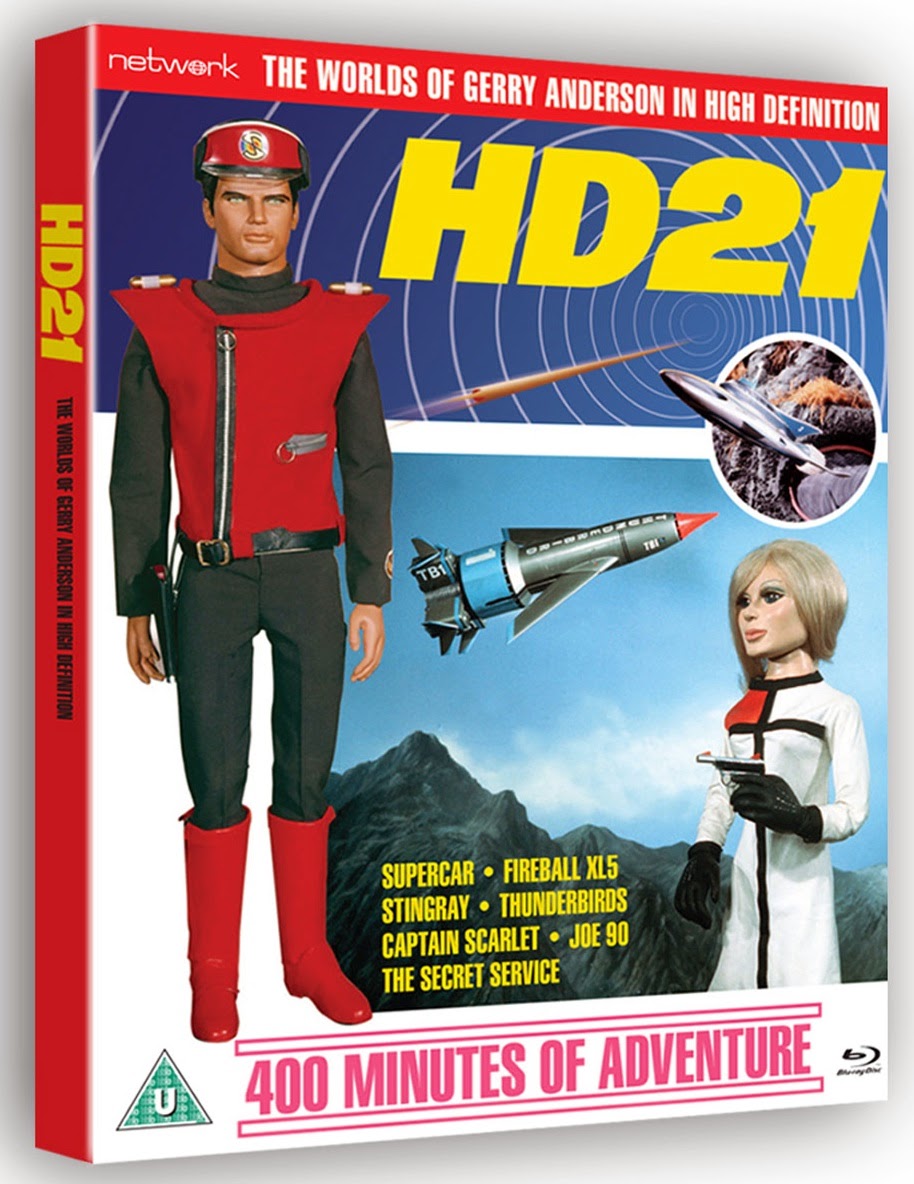 FILMED IN SUPERMARIONATION - BOOK
Stephen La Rivère's history of Supermarionation has been newly updated and is presented here in a redesigned, deluxe slipcased edition, featuring scores of rare photographs, many of them previously unpublished. 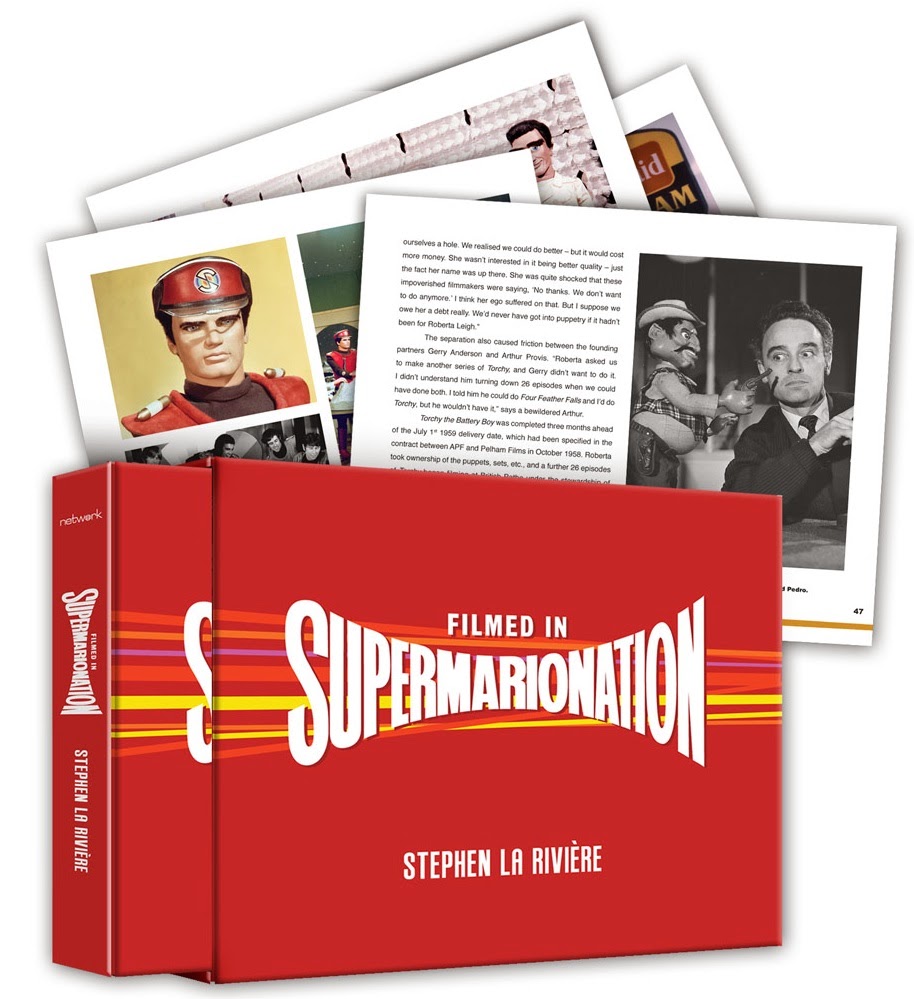 TV21 - Edition 243
Unique to this box set, we present a brand-new edition of the classic Century 21 comic TV21, taking up where the original series left off. Produced to the same size and specification as the original, this all-new, single issue features newly-commissioned comic strips from original 1960s illustrators including Gerry Embleton and Martin Asbury, alongside the very best in contemporary comic talent. Contributors include Mike Collins, Martin Baines, Lew Stringer and Marvel UK writer John Freeman. This official and special edition is only available as part of this set.

COMMEMORATIVE POSTCARDS
A wallet of A5-sized postcards featuring some of Justin T. Lee’s stylish graphics originally produced for the film and book - available only as part of this box set. 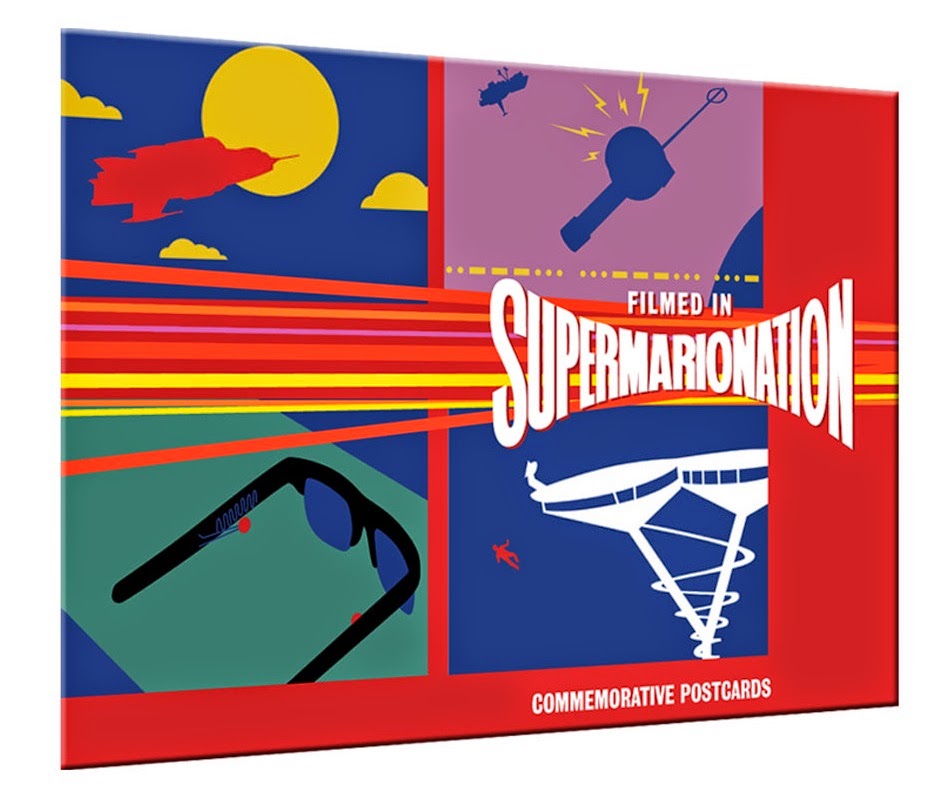 To pre-order your copy of this fantastic box-set go to the Network web page here:
http://networkonair.com/shop/2038-supermarionation-box-set-pre-buy-5027626708146.html
Posted by Lew Stringer at 23:13