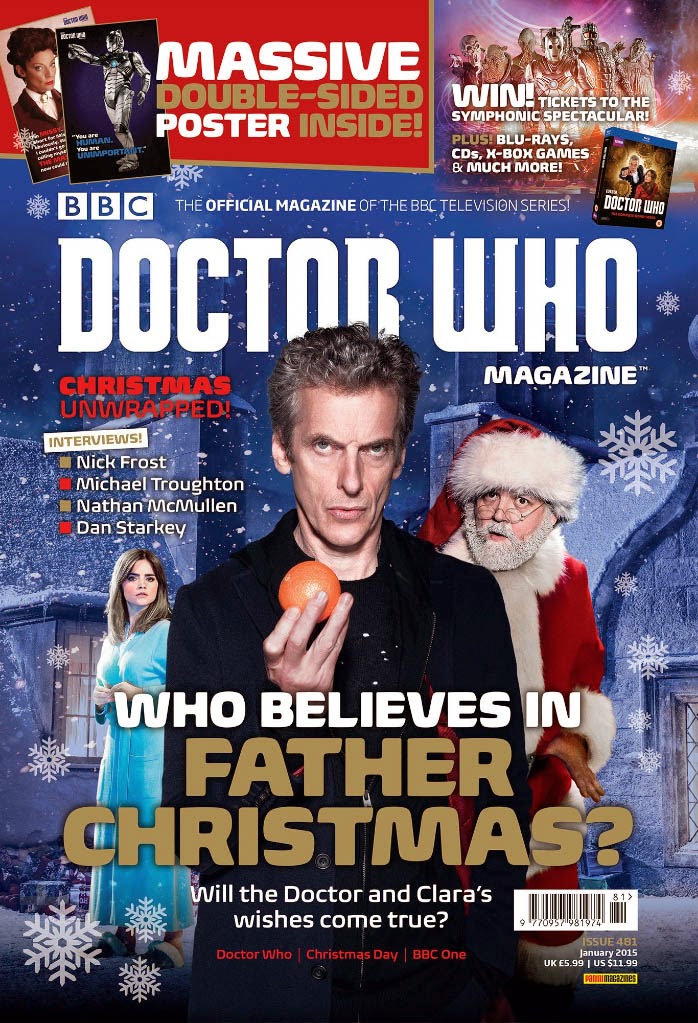 This is an update to a blog post I did several days ago (which I've now deleted as this supersedes it). Above is the cover to the polybag that contains the Christmas Doctor Who Magazine, in shops today Thursday (11th December). A special bumper issue with tons of features plus a huge double-sided poster.

Open the bag and this is the cover that greets you. A homage to the 1991 Christmas Radio Times... 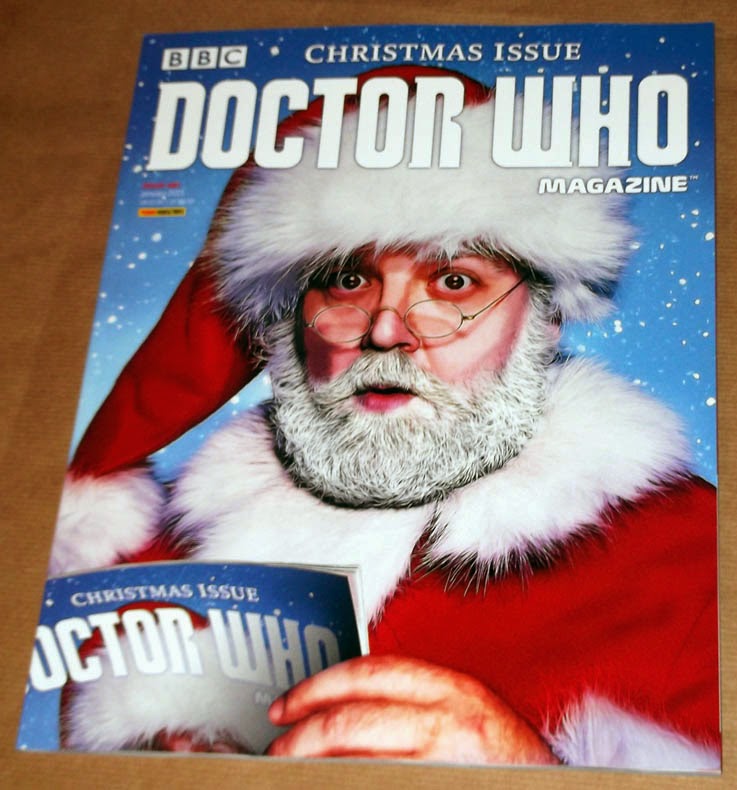 Inside there are treats for Whovians and comic fans, with the start of a new 12th Doctor adventure, The Instruments of War running across 12 pages written and drawn by Mike Collins, with inks by David Roach and colours by James Offredi. 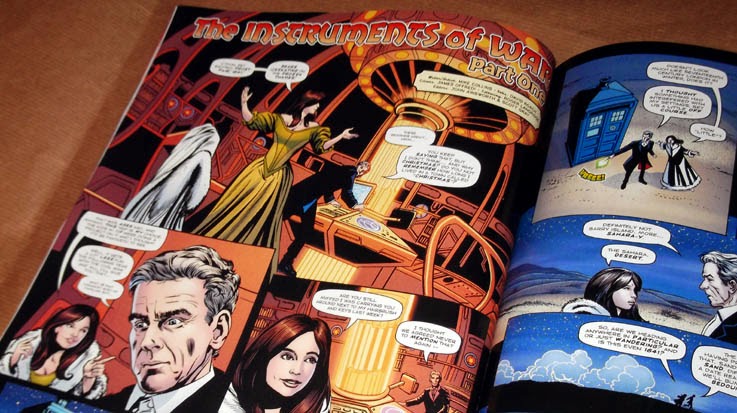 It also contains a seasonal episode of The Daft Dimension by me. Here's a small section of one panel. I can't show any more or it'll ruin the joke. Spoilers! 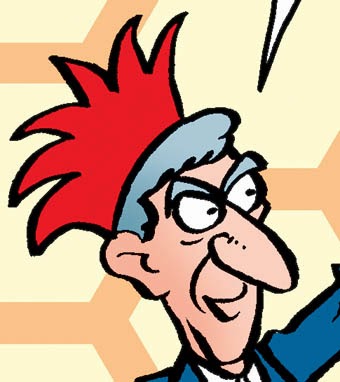 There's also a feature by Mike Collins on his work storyboarding episodes of the recent series of Doctor Who, showing some of his art from those boards. 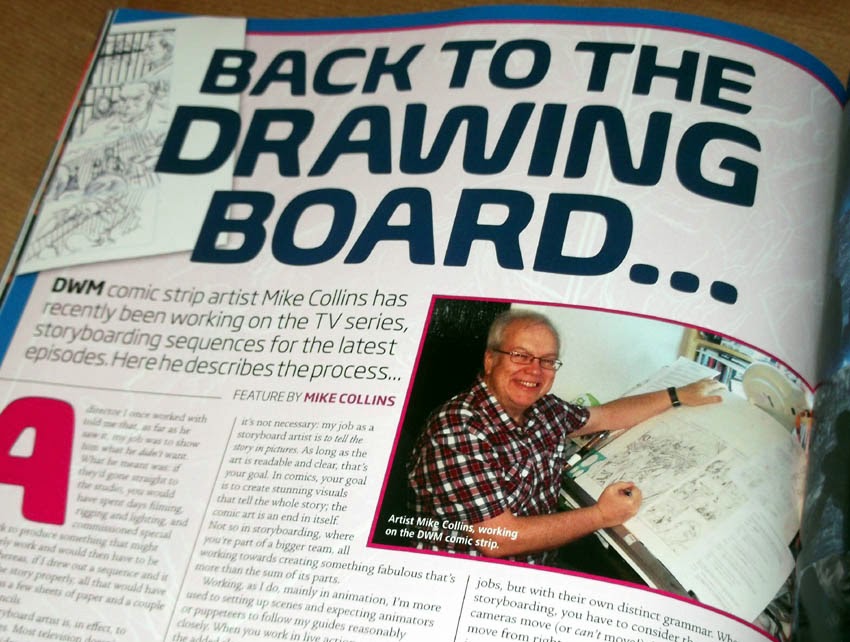 Plus tons more features of course, including a short item on the comic strips that featured as slides for the Give-A-Show Doctor Who Projector in the early 1960s.

That Chad Valley projector was the BEST Christmas present I ever had. I had the mixed one with Dr. Who, Thunderbirds, Stingray, Popeye,etc.
If only I had kept it.... ( sigh! )

I didn't know there was a mixed one. Interesting!

I still have my Dr.Who one. I think it was Christmas 1965 when I had it. (Might have been 1964 but I'm pretty sure it was '65.) We had patterns on the wallpaper then so my mum and dad pinned up a white tablecloth so I could project the slides onto that. If the tablecloth wasn't available I'd project it onto the ceiling or a door. Happy memories of better days.

I got the same year as the tirst TV21 & Dr. Who annuals and the Dalek World, so what a Christmas! It had a big Dalek on the box. I have seen some on EBay in the past.
There is also a Give-A-Show Projector blogsite for lovers of this delightful toy.

Peter Capaldi is a great Doctor - the best since Tom Baker I'd say - but he deserves better stories. Of course I'll still be watching the Christmas episode regardless.

Here's an old blog post I did which showed the box John:

I got the Dr Who projector and my (older) brother got the mixed one the same Christmas. Still have the Who one complete and the slides from the other one.

They really felt state of the art back then didn't they? I still have clear memories of that Christmas Day, lights out, projecting the slides onto the tablecloth pinned to the wall, and my mum reading out some of the dialogue. Magical times, long gone.

I bought one again in the 80's for a Christmas present for one of our daughters, but you could NOT get it to focus no matter how hard you tried!