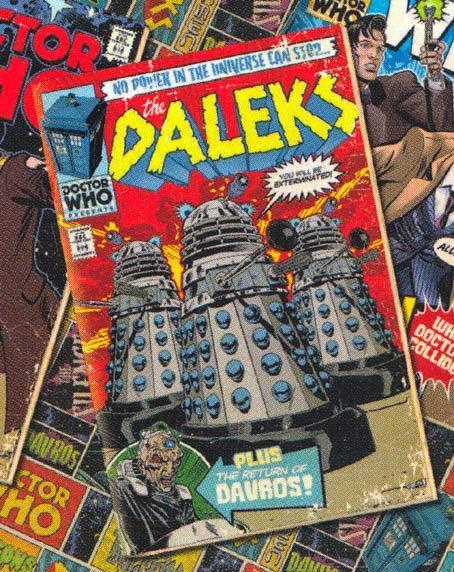 Remember when The Daleks had their own American comic book? No, me neither, because it never happened. However, a new calendar for 2015 features excellent 'comic inspired art' with a mock up retro Doctor Who comic cover for every month of the year! 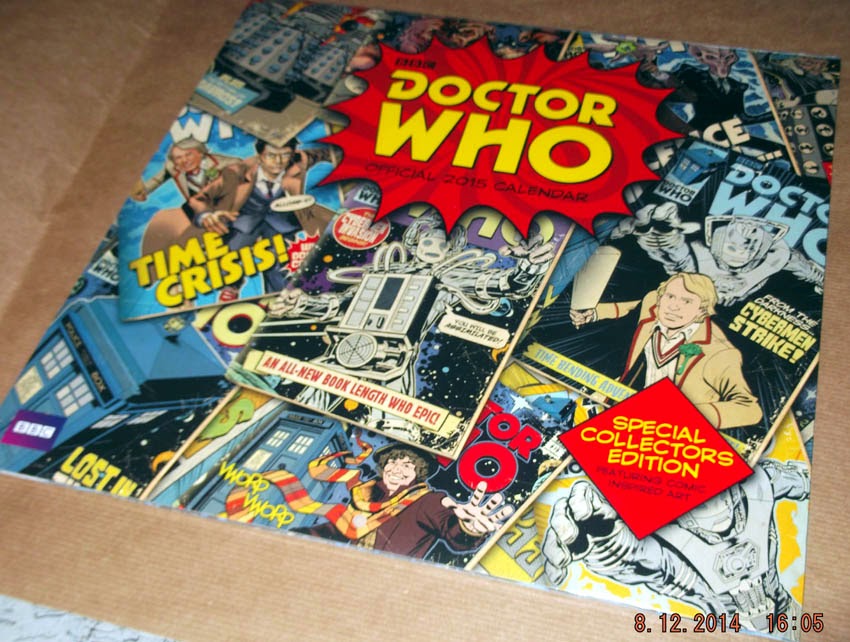 The artwork is by Mike Collins who is a regular contributor to the Doctor Who Magazine comic strip as well as being known for numerous other comics work over the past three decades. You can see his website at http://www.freakhousegraphics.com

The retro style Doctor Who art has also been used on other merchandise. Some of which you can see here:
http://www.freakhousegraphics.com/news

Also available as posters at the Cartoon Museum shop, and other fine stockists, I'm sure...

I would have searched high and low to find that comic!!
There really was, however, an American Dell Doctor Who And The Daleks ( Peter Cushing movie ) comic book around '66.

Thanks Steve. I didn't know that. There you go folks, get along to the Cartoon Museum in London.

That's right John. Marvel UK reprinted it years ago in their Doctor Who Classic Comics monthly. It wasn't a solo Daleks comic though like the imaginary one in the calendar, which is what I meant.

I didn't know that it had been reprinted, Lew, thanks for that. Next stop - Altered Vistas to find the number(s), then I'm off to EBay!!