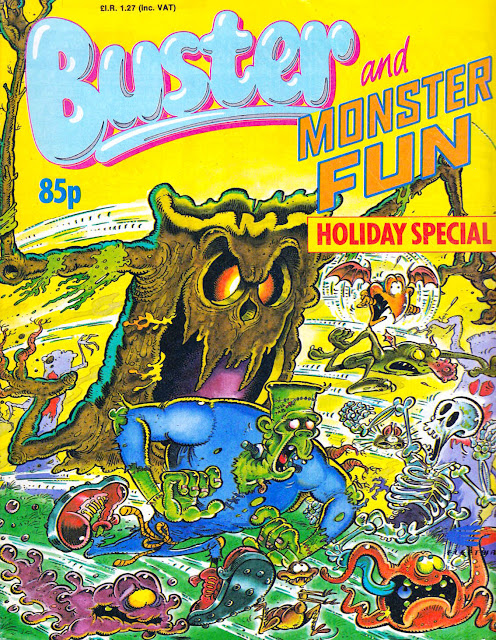 I'm very sorry to hear of the passing of the artist James Hansen (often known as Jimmy Hansen) who died on Tuesday 19th June 2018. Although I never met him, I had communicated with him several times on Facebook and of course I was well aware of his work for comics such as Whizzer and Chips, Buster, Beano, Dandy, Wallace and Gromit, and many more. 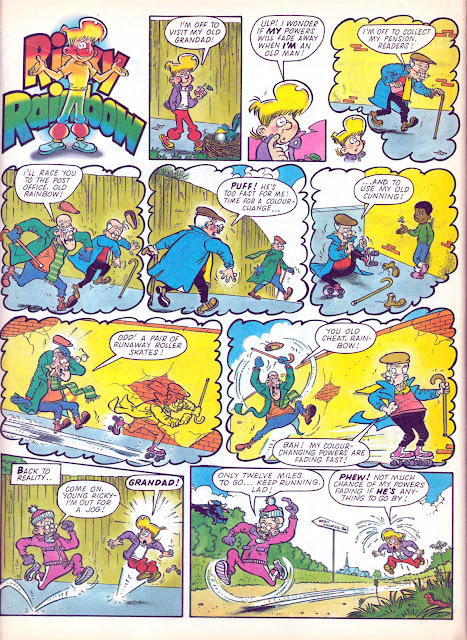 In a career spanning more than 40 years, Jimmy Hansen drew thousands of pages for British comics, working on strips such as The Bumpkin Billionaires, Ricky Rainbow, P5, a stint on Dennis the Menace, and Buster amongst others. He was the cover artist on Buster for the last several years of the comic, bringing a great sense of energy and fun to the strip, as he did with all his pages. 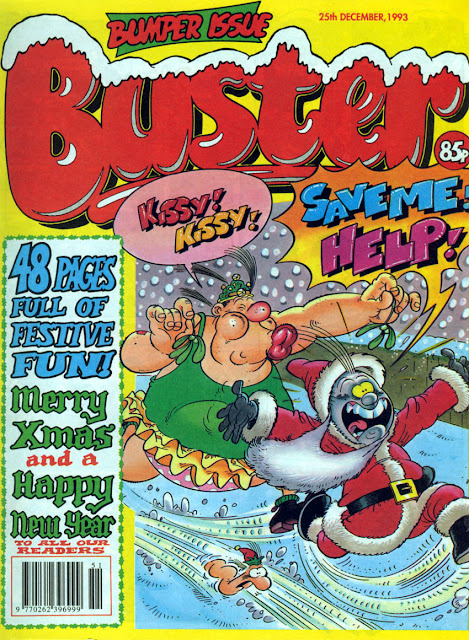 In more recent times, he contributed the sci-fi strip Slash Moron to Aces Weekly, which he worked on with Bambos Georgiou and John Burns. 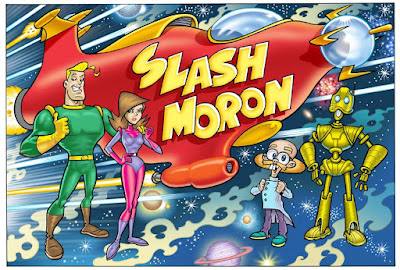 Tributes are starting to come in from people who knew and worked with him, remarking on his professionalism and friendliness. He was one of the top humour artists in the business whose work entertained countless readers over the decades.

My condolences to James' family and friends on their loss.

Here's a small selection of pages by the artist... 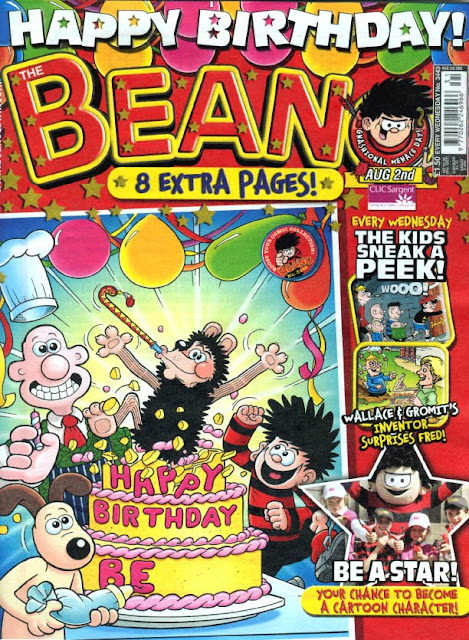 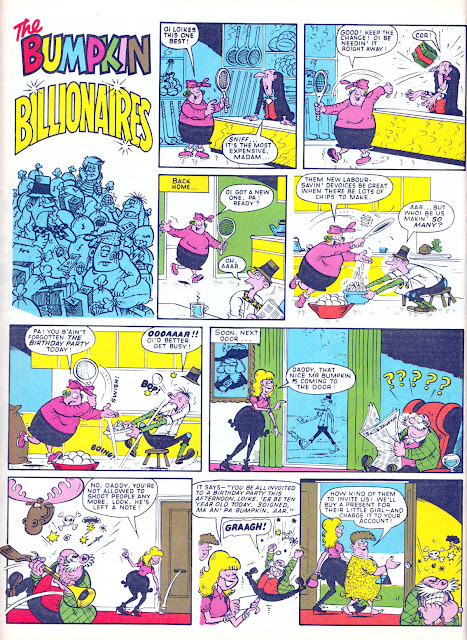 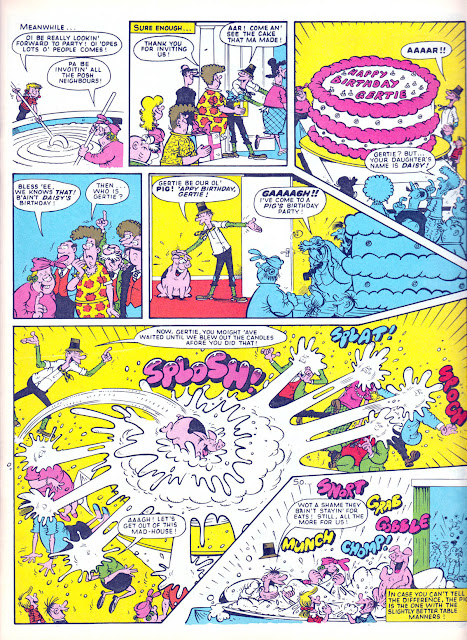 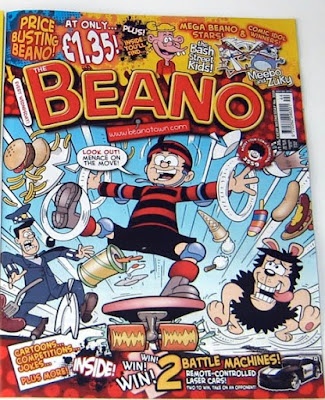 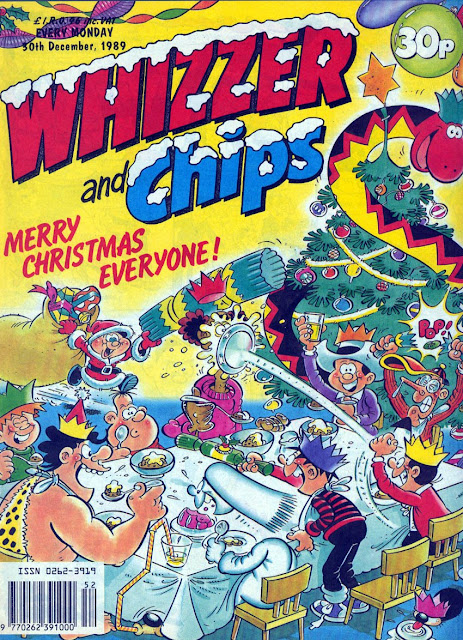 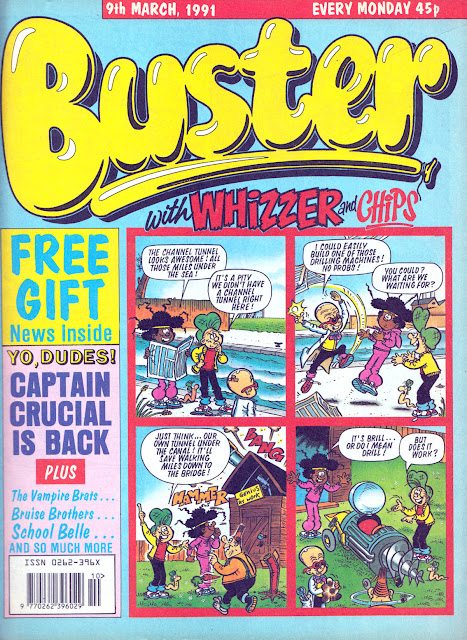 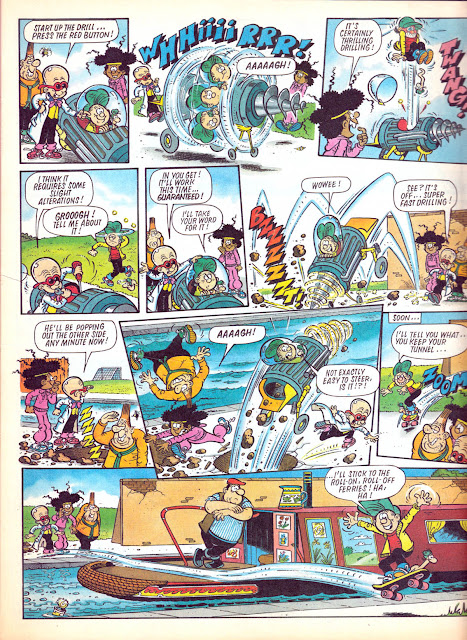 I'm really sorry to hear about this also, and would also like to offer my condolences. I've not met James / Jimmy Hansen either, although I would've seen some of his work in my early stages of becoming a Beano reader (I started in 2010 and I recognize that Beano with the £1.35 price tag from I think 2010 or 2011?). It is definitely heartbreaking for such a great artist to pass.

I regret not writing to him more. We'd exchanged a few comments and 'likes' on Facebook but I expected him to be around a lot longer and had intended to ask him about the early days of his career. I *think* he started on Whizzer and Chips in the early 1970s. As a child I remember the style of Shiner changing slightly (which I liked) and I think it was Jimmy ghosting Mike Lacey. Jimmy had a slicker and more detailed style than Mike though, and his characters had a lot of energy. Unfortunately he rarely signed his work so it's not easy to recognise some of his early work. His own style became more distinctive as the years went on.

He was a very versatile artist, able to draw licensed characters as well as traditional humour ones. Definitely one of the best humour artists to have worked in UK comics.

Some of his early work was The Winners...Crybaby Jackpot... the Skateboard squad Cheeky comic
He said his first comic work was for whizzer and chips Hot Rod the dragon...must of been for a summer special... my guess he started mid 70's at Fleetway..

His work will be greatly admired by me... thinking and praying for his family at this time..

Sounds about the right time scale, Peter. Apparently he was only in his late 60s. Gone far too soon.

I never knew who he was, but totally recognise his art style from comics I read growing up. What a great artist who will be sadly missed. It's a shame, I could have totally seen him doing something for Goof. Praying for peace for his family at this time.

I was lucky enough to work with Jim for almost twenty years. I wrote scripts for him for the Beezer and Topper, for the Dandy and for the Beano. I always knew that his artwork would come in and be superb - and it always came in just that bit even better than I expected.

His humour strips had energy and life, he was kinetic but he never lost characterisation. When we did Over The Fence for Beezer and Topper he added little looks between the Mum and Dad that gave an extra layer to the humour. He was versatile, too. He could ghost any of the characters in the paper, as he did when he drew the Robin Hood and Treasure Island pantomime issues of the Dandy.

His straight or adventure work was delightful, too. He did the Island of Terror serial in the Dandy for me and I loved his version of Valda. I have some of his Batman work here, too.

I admired Jim's work and I loved working with him but more than all of that, Jim was just a really, really good guy. I always believed it was important for a writer and and artist to have a connection of some kind. Jim and I chatted on the phone and swapped noted with scripts and artwork. He always spoke with so much warmth about his family, hinted that he had more or less been run out of Africa and hadn't been able to go back to see his "old Ma" (his words not mine) until apartheid ended (I didn't get all of the details on that and I wish I had) but what always struck me most about Jim was that he was a really good, really decent man. When he was ill early in this decade and couldn't keep up with his commitments of Dennis the Menace he seemed more worried about possibly letting us down than with his own health.

I'm really sad to hear of his passing. A great talent and a really good guy. He will be greatly missed.

Thanks for posting your thoughts, Iain. A nice tribute. He really was an exceptional artist. Very versatile. A few years ago I saw some Superman strips he'd drawn, adopting the cartoon style used on TV at the time. He did it perfectly of course, yet it was still recognisably Jim Hansen.

Courtesy of John Burns, it was so sad to hear of the passing of Jimmy Hansen. I was a young sub-editor on a humour title called ‘Giggle’ when I first met and worked with him in the late 60s. Jimmy was learning his trade then as one of the in-house staff guys on the short-lived publication, under the editorship of Frank Capern for the Leonard Matthews stable at Fleetway Publications. I like to think that we shared a sense of humour at that time because all we seemed to do was giggle ourselves at each other’s attempts to make the working day a good one. I realised then that he had left his birth country in Africa due to insolvable problems, but that never detracted from his pleasantness of manner and the undoubted talent he had been blessed with. One just knew that he would eventually become one of the top humour artists of the British UK comics’ industry.

My sincere condolences are sent to his family. RIP, JIMMY.

Thank you for your thoughts, David. Yes, Jimmy was one of the best humorists to grace comics. It's good to hear anecdotes like that.

You had quite a career yourself, David. Ever thought of writing your comics memoirs?