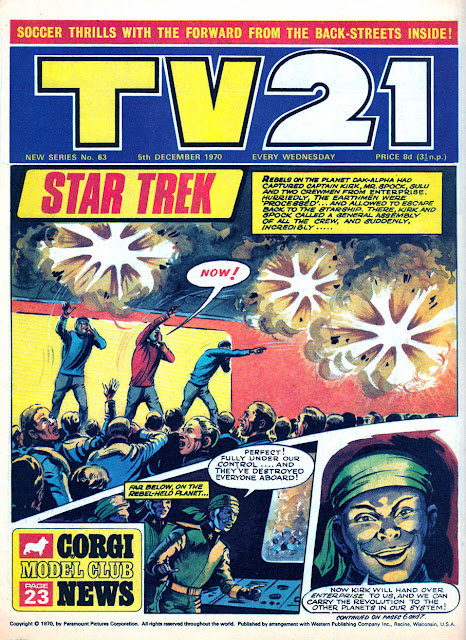 By the end of 1970, almost six years since its launch, TV21 was a pale shadow of its former self. Publishers City Magazines no longer held the rights to publish strips based on Gerry Anderson shows and the only TV-based strip in the entire 24 pages was Star Trek, which TV21 had inherited a year earlier when Joe 90 comic had merged into its pages. (Which is when it had been rebooted with a new issue 1.)

However, Star Trek did boast the talents of Harold Johns as its artist. Johns had been an illustrator on Dan Dare for the Eagle 20 years earlier. 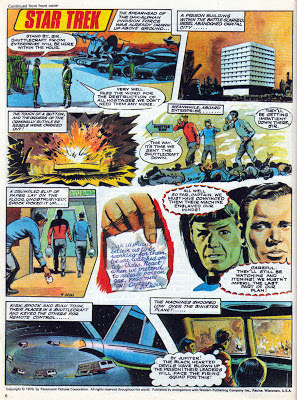 The only other originated adventure strip in TV21 at this time was the soccer serial Forward from the Backstreets, a rather ordinary sports story that would have easily fit into Scorcher or The Hornet. I understand Martin Asbury drew this strip for a while but I don't think this episode is by him. 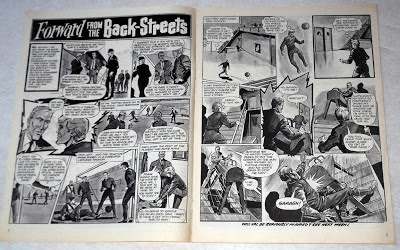 TV21 may have abandoned the Anderson license but what it did have during this period was the license to publish stories from Marvel Comics! Strips were reformatted, re-lettered, and, in the case of 'The Spider-Man', newly coloured, to make them suit the format of a British weekly. 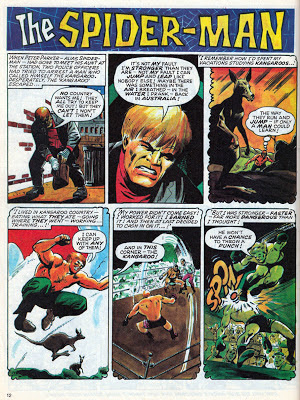 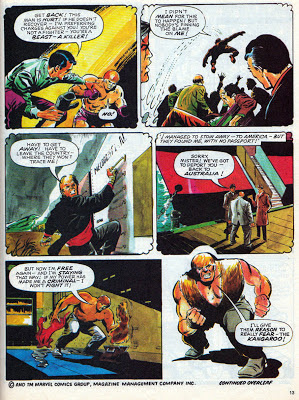 This strip reprints part of Amazing Spider-Man No.81 by Stan Lee, John Buscema and Jim Mooney. The reformatting meant that panels had to be extended or shortened. Here, the re-size artist has added Star Trek's Captain Kirk to one of the panels! 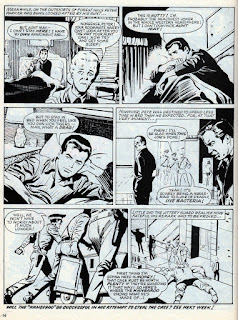 TV21 chose an eclectic selection of Marvel strips to reprint. The western version of The Ghost Rider... 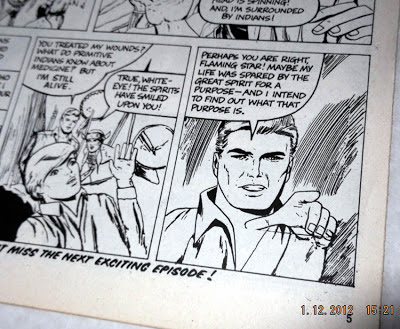 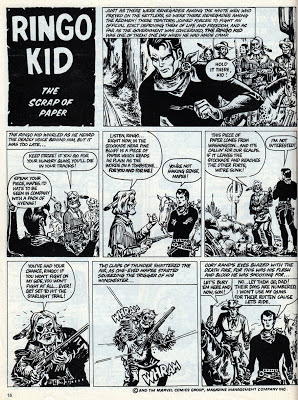 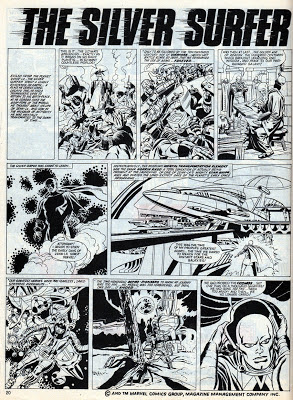 Another reprint in the comic was the Franco-Beligian series Buck Danny, retitled as The Blue Angels... 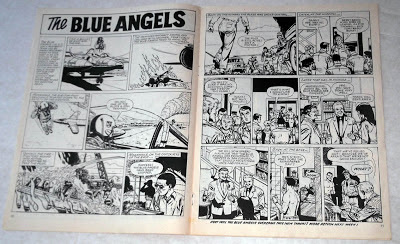 The TV21 of 42 years ago did feature one brand new humour strip though; Micky's Moonbugs, drawn by the excellent Graham Allen (The Nervs, Kicks, Fiends and Neighbours, etc)... 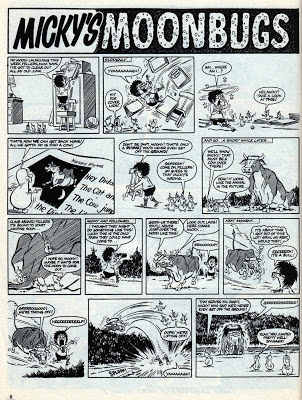 The one constant throughout the run of both series of TV21 was the Corgi Model Club News, and here it was, in its usual place on the inside back page... 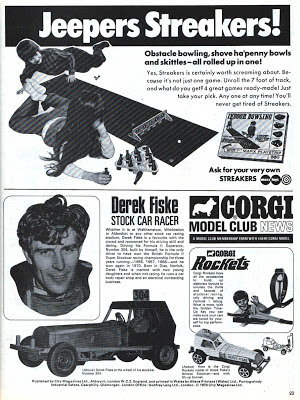 Back when I was 11 I started buying TV21 again with this issue because several of my regular comics were on hiatus. I was pleased to see that the football features had finally been abandoned as they'd been an uncomfortable fit in TV21 since 1969. Back in its early days TV21 had featured regular in-depth articles on space exploration but by this time it had been reduced to just one item on the back page with a few relatively brief paragraphs. A sign of the times, as well as of TV21's decreased budget. 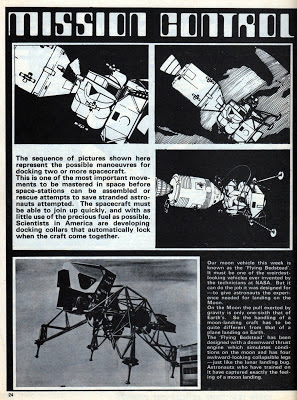 Any collector who hadn't seen the first series of TV21 (1965 to 1969) might wonder why the comic was held in such high regard if they only had this era of the title to go by. By now it was clearly a comic on its last legs, and would merge into Valiant the following year. Nevertheless, it was a curious mixture of material and still had its own identity, - just not the same identity it had started out with.
Posted by Lew Stringer at 17:51

I've never figured out WHY soo much reformating was done.. alot of the panel styles for the early Marvels weren't a great deal different from what was being done in the UK. Who's idea was it first, and why to resize panels like crazy?

I knew about Power Comics and Alan Class but had no idea about TV21 and Marvel Comics. Strange how traditionally British that Spidey strip looks.

Can he swing from a web? Cor, I should cocoa, me old pip.

Hi Chris, I ran a few posts about the development of Marvel in the UK a few years back. Here's the links. Have fun!

Manic, the proportions of TV21 were different to a Marvel comic so they needed resizing. Also, it was traditional for UK comics to have more panels on a page to give value for money in 3 page serials, so it made sense to (literally) cut and paste panels to make a busier layout. (Odhams did the same in the Sixties, and Dez Skinn did it too at Marvel UK in the late 1970s.) Hope that helps.

I can understand some of the reasons, but at other times, it just seamed to go to extreme lengths.. Partly making me wonder if there wasn't an option like some countrys had, where you buy the stories and art as two different deals, this has lead to some countrys reprinting some work with brand new (sub-standard) art. Some times, the art was redrawn to such an amount, it seams much easier just to redraw the whole thing then do a paste patch job.

No it wouldn't. For a good resize artist a job like that would be a piece of pish. However, it's obvious from the evidence shown above that TV21 didn't have a GOOD resize artist at the time.