Banned ACTION up for AUCTION! 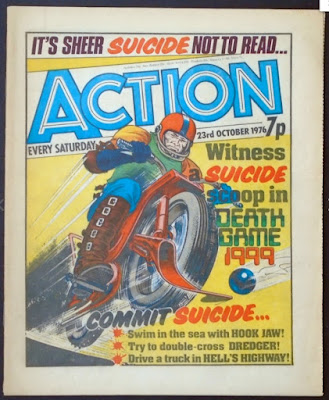 The genuinely rare banned edition of Action is currently up for auction on eBay! This was the issue that would have been published 40 years ago last week when the order came down from IPC to suspend the title. An estimated 30 copies were printed, which I understand were only circulated in the office. An issue previously owned by ex-2000AD art editor Robin Smith fetched £2,555 on eBay last year (see story here) and this one is expected to rival it, if not exceed that price.

As I write this, the bidding is up to £750, and it closes in three days. It looks to be in very nice shape and has obviously been well looked after. If you wish to bid yourself, or just to follow the excitement, here's the link:

As Rebellion now own the rights to Action, here's a suggestion: How's about publishing a facsimile edition for the direct market of this un-circulated issue? Add a wraparound section detailing the history of the comic, and charge a tenner? Heck, charge £20 for it. It'd still be cheaper than buying the real thing. Even better, bag it with Judge Dredd Megazine and watch the sales of that issue soar! 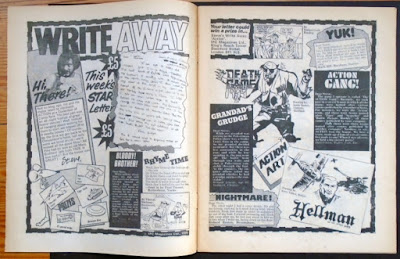 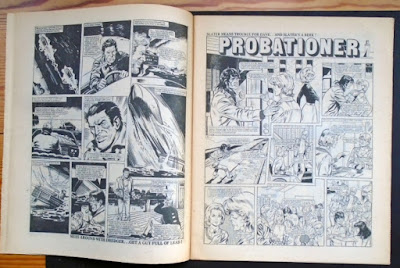 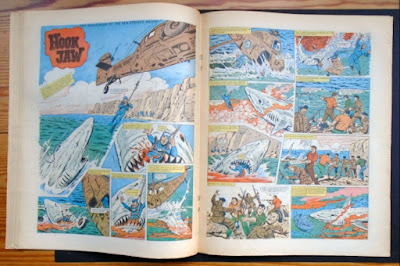 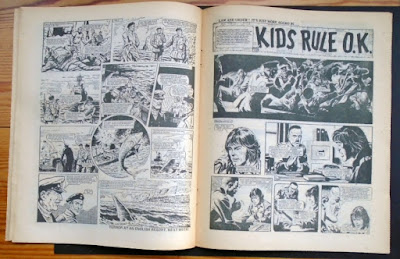 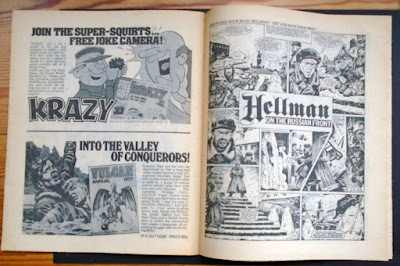 Email ThisBlogThis!Share to TwitterShare to FacebookShare to Pinterest
Labels: Action

A freebie with the Megazine is an excellent idea. However, thinking back to the disappointing heavily-edited first 2000ad facsimile given away with prog 1000 back in the 90s it'd have to be the full thing, adverts and all. Which in all sanity shouldn't be an issue. No matter how much it influences you to buy a Walls Dracula lolly with real blood (or whatever) you ain't gonna find one in RS McColls nowadays.

On another note, the cynic in me wonders if there are more banned Action copies than the famed '30' in existence, possibly planked as an investment by those involved in pulping them (or who had similar access), and whether they'll surface on ebay in the coming months. It's the Sex Pistols at the Lesser Free Trade Hall of comics in many ways!