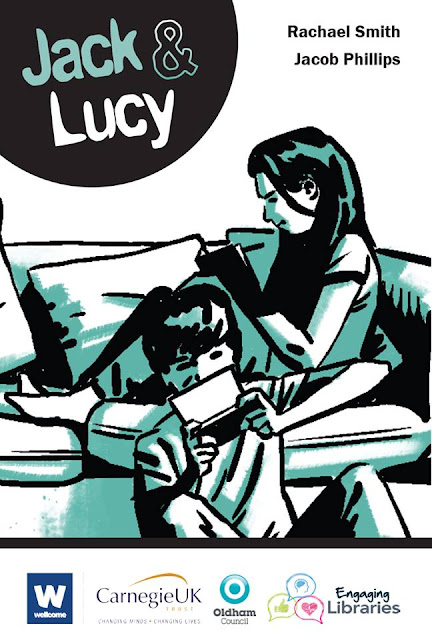 Again, my apologies that I won't be able to attend Oldham Comic Con (Saturday 12th May) but for those of you who will be there, stop by Rachael Smith's table to pick up a free new comic entitled Jack and Lucy that sensitively deals with the subject of mental health in the young. 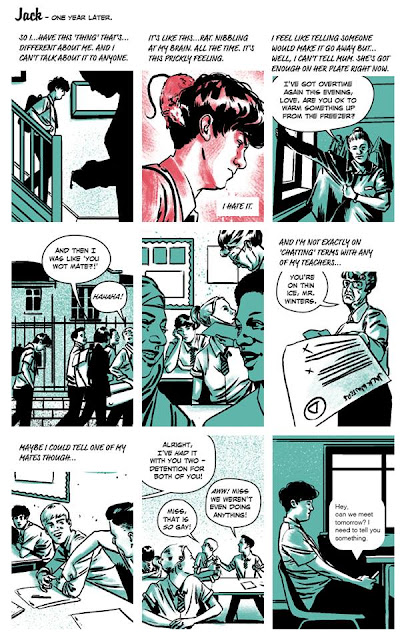 Written by Rachael Smith and drawn by Jacob Phillips, the comic is designed by James Devlin and edited by Tim Pilcher. The project was coordinated by Sara Kenny and funded by the Welcome Trust and Carnegie UK Trust for Oldham Libraries. 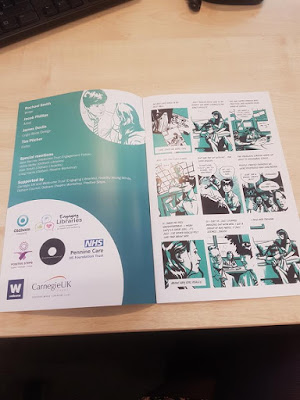 An important topic, tackled in the comics medium, and superbly produced. Congratulations to all involved.