Revealed: The new Roy of the Rovers 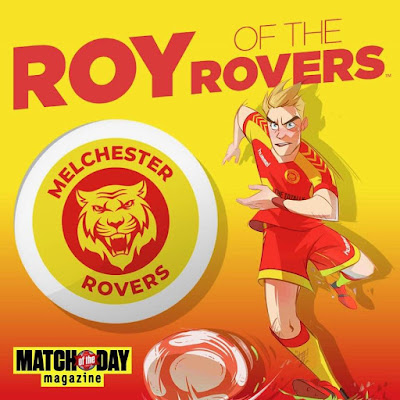 Rebellion have given us our first look at the all-new Roy Race who will debut in a brand new Roy of the Rovers comic strip serial in Match of the Day magazine on 5th June, running every week until 21st August.

The original Roy of the Rovers first appeared in Tiger comic No.1, back in 1954, and his exploits with Melchester Rovers proved popular for many years, even spinning the character off into headlining his own weekly comic, Roy of the Rovers, in 1976. The strip's combination of football drama and character driven plots made the strip a huge hit with loyal readers. As the years progressed, Roy married, and had children, and later suffered a terrible accident, losing his foot. Retiring from the game, his grown up son, Roy Jr, took on the mantle.

The new series will be a complete reboot and a fresh start for the character for a new generation of readers, with a 16 year old Roy Race in a modern setting. The Match of the Day strip is written by Keith Richardson and Rob Power, with Lisa Henke illustrating. (Good to see a woman drawing the strip again, as the late Yvonne Hutton was the artist on Roy of the Rovers for many years in Tiger in the 1960s and 1970s.) 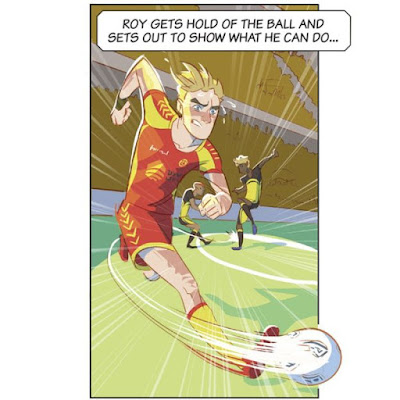 There will be new Roy of the Rovers graphic novels published by Rebellion, with the first due in the autumn written by Rob Williams with Ben Wilsher on art.

You can read more about it here:
https://royoftheroversofficial.com/news/444

I like the artwork. I can see people moaning because it's not 'realistic' style used for most so-called 'adventure strips'. Too many of the comics aimed at .. some groups, they try to do what they call realistic (which isn't very... if you read something like Scott McClouds great 'understanding comics' (a must read).

I like it cause it's while it's not photo strip quality, it's a good style for the comic. I hope it does well but.. I don't have a big interest in roy of the rovers i'm afraid ^_^

We need less bloody football in the world not more!

If it means more work for comic creators, and encourages kids to read strips, bring it on, I say, Colin.

I can't stand football in real life but footie comic strips were often entertaining. I used to work on two footie comics myself (Sweet FA, and C'Mon Ref!).

Also, if it promotes decent football, not the binge drinking dirty players we get too many of these days, then it's a good thing. football pre-1966 was far better.. before they realised it was a big money maker.

Oh, and lets not forgot you did the 'adventure' football strip based on the game 'Marko's Magic Football' for STC.

Yes, I had forgotten that! A fun series to write.

I'm sure the new Roy will reflect certain aspects of modern football, but the strip will mainly be aimed at kids so I don't think they'll go too dark.