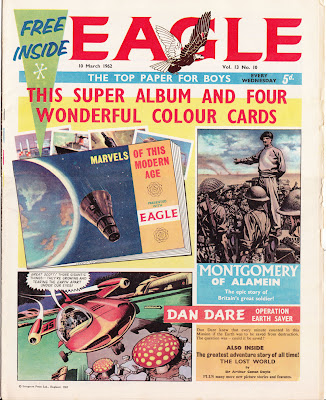 Time for another quick look at free gifts of the past. Back in 1962 Eagle had a revamp, bringing in new stories such as Frank Bellamy's stunning story of Montgomery of Alamein. Accompanying the new look was a free 12 page booklet Marvels of this Modern Age along with the first four cards of a 12 card set. 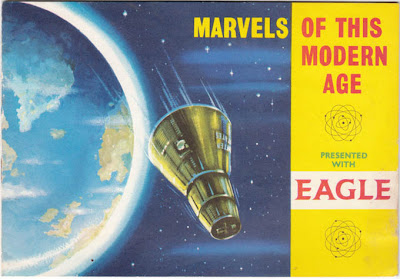 The picture cards covered various items from the S.R.N.1 Hovercraft to the Vickers Armstrong V.C. 10 aircraft. Here's one of the pages from the booklet: 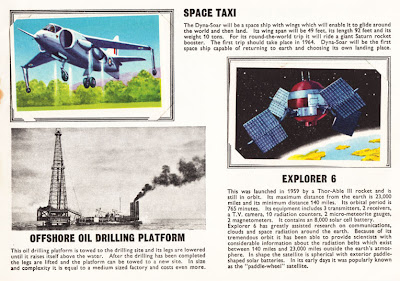 In April 1967 Odhams launched the fifth and final title of their "Power Comics", Terrific and the first issue included a free Iron Man iron-on transfer. 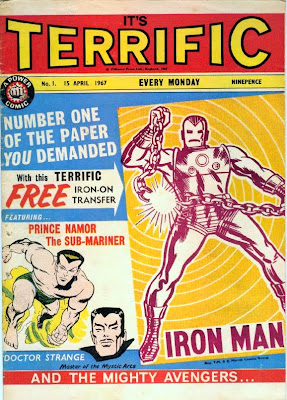 Issues 2 and 3 of Terrific also had free gifts. A Missile Launcher in No.2 and the Astro Dart in No.3. 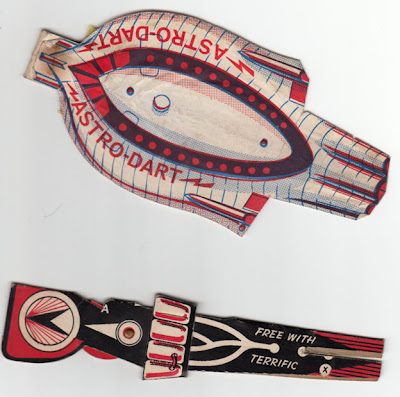 You'll notice that after 40 plus years the Missile Launcher has lost both its missile and another section but here's the cover to Terrific No.2 to show how it used to look: 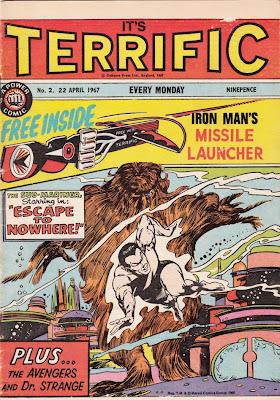 In 1970 IPC had a promotion across five of their comics in the same week, with Buster, Tiger, Scorcher, Smash, and Lion each giving away a 12 page booklet called My Favourite Soccer Stars along with a set of picture cards. 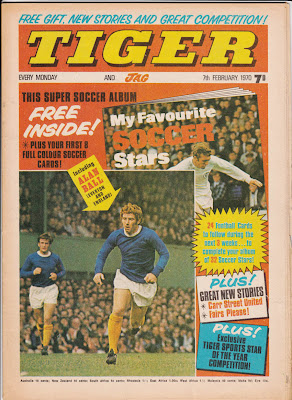 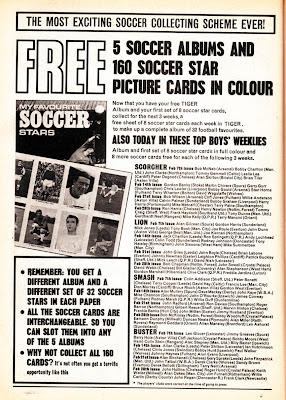 Each comic had its own booklet and different cards to collect for each one. Here are the three booklets I collected in 1970: 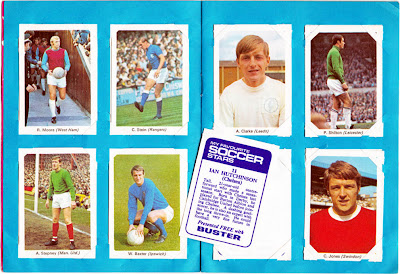 It must have been a popular free gift because a year later they repeated it with a brand new set in Valiant, Lion, Scorcher, Buster, and Tiger. 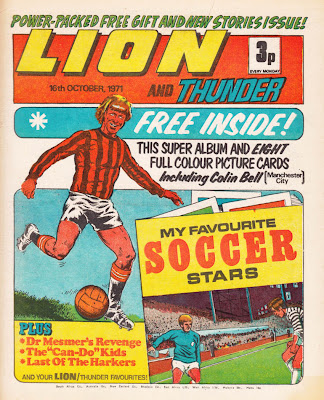 Here's four of the five books: 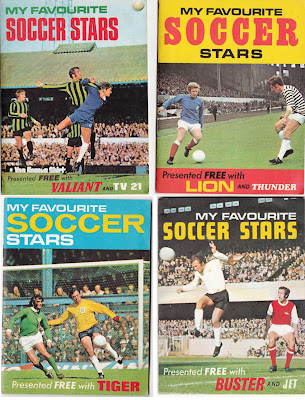 In the 1980s both 2000AD and the relaunched Eagle gave away a pair of badges. The Judge Dredd shield was metal, and although the Eagle icon was plastic it was still a nice keepsake: 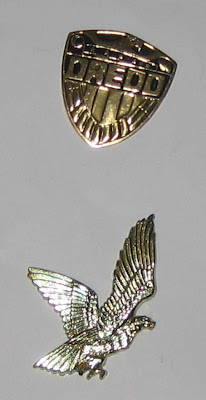 Here's a few more badges given away in comics over the years. It's probably fairly evident which comics they came with: 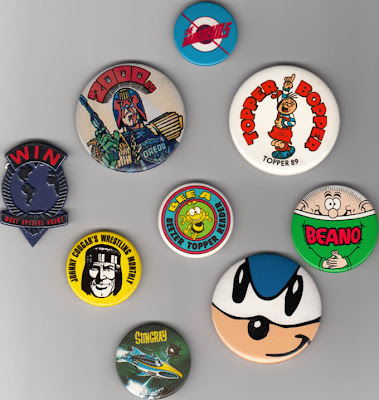 These days,as I approach the age of 50, I'm feeling quite nostalgic so what a great series of posts these are, Lou.I particularly remember the Spidey gun from Pow which one of my brothers had, those football cards and the Hulk transfer in Mighty World of Marvel. I recall the Iron Man transfer but didn't have it,as a friend lent me the comic.

I can't believe you still have all that stuff.Thanks again and roll on part 4 !

Nice series of stuff showing the different kinds of free gift there used to be (and much better then the late 90s idea of 'lets just stick mini sweats on the cover').. Oh, and in case anyone cares, The Sonic Face Badge was from Sonic the Comic issue 96 (4th February 1996) Art Possibly by Carl Flint but I wouldn't have said so.. More just standard stock art.

Really enjoying these last few blog entries Lew. So many neat freebies!
One of my personal favourites was from Whizzer and Chips in the mid 80's.
It was a cardboard sleeve which you fed 'joke'strips into, only one joke was visible at a time on the front and when you turned the sleeve over the punchline was revealed in a little window on the other side.Pretty lame by todays standards!

...Forgot to mention the 'magic specs' or 3D glasses as I knew them,

Did anyone else think that these were the way of the future?!

I was convinced that we would all be routinely donning our 3D specs to read comics before too long.

Not sure why they never took off as more than a fad, production costs too high maybe??

Hey! I used to have that Iron Man transfer too Lew!

I still have issue one of 200ad with it's free Space Spinner still attached! Just checked Ebay and the going rate is about £100!!!

Well, this has been a lovely insight into free gifts from the past, as I'm personaly not old enough to remember nay of them. Please say there's a part 4!
Thanks!

There will be at least one more part, possibly more!

Yay! Can't wait! How can freebies be so interesting??!!

It's good but some judicious forward planning would have made better sense. Day one should have been all the 1950s, Day Two should have been the 1960s and so on. I find myself going back and forth to previous days to follow your erratic timeline. Could you revise it for those of us with busy schedules Mr.Stringer?

If I'd done it the way you suggest there'd be tons of images in one day (the 1960s) and some people might get fed up waiting for it to load. This way is quicker for me and also more varied I hope.

Bear in mind that I don't have my free gifts in order. They're just piled into a box, so it's a case of quickly sorting a few out, scanning them, and Bob's your uncle. I have a busy schedule myself you know. ;-)